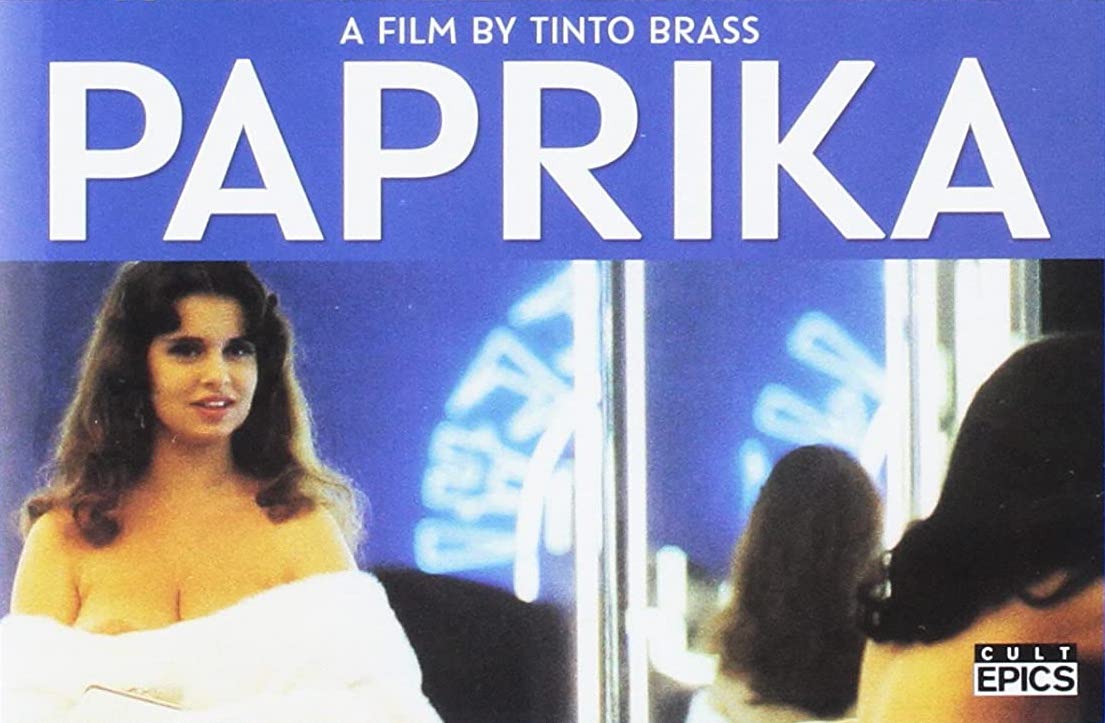 A young woman goes into prostitution and carves her own destiny by doing so.

A beautiful young woman with an incredible body is inducted into a life of prostitution by her boyfriend, who sees her as an easy way to make money for him. He drops her off at a local brothel with nary a goodbye, and she gleefully takes on her new demanding duties. The madam gives her a new name: Paprika (played by Deborah Caprioglio), and this young thing is promptly given an exam by the brothel’s in-house doctor and declared fit to work with post-haste, and she’s off to the races! It doesn’t take but a week or so for Paprika to become the new favorite plaything of the house, and much to the madam’s surprise (and to Paprika herself) she actually enjoys her work, so much so that she might very well be overcome with consumption for all the pleasure she derives from her services. After two weeks of being a virtual carousel of sex and degradation, Paprika leaves the house and stumbles into getting a pimp (who rapes her to break her in, essentially), who then graduates her into the next-level of whoring. By this time, Paprika has already forsaken her boyfriend who is good-for-nothing low-level pond scum, and she’s taken on a handsome sailor for a lover on the side, but her new pimp hands her over to a much higher class of a whorehouse that caters to celebrities, dignitaries, and royalty with lots of money. At some point along her adventures and misadventures, Paprika becomes famous like a courtesan of the Renaissance and she somehow stumbles into a find of a lifetime: An obscenely wealthy count whisks her away from her life of degradation and makes her his wife, but Paprika’s good fortune doesn’t necessarily end there …

From erotic movie maestro Tinto Brass (who made the infamous Caligula), Paprika is like an erotic comic book in full color, as written by Milo Minara, but penciled by Paulo Eleuteri Serpieri, whose fascination with the derrières of beautiful, voluptuous women surmised his entire oeuvre. Brass is the same: His camera lens is utterly transfixed by the naked female form, particularly with bottoms, and I’ve got no complaints about that. However, Brass’s shortcomings as a filmmaker are plentiful. He lacks a real sense of time and place in this film, particularly. At times, it felt like a period piece, and at others, it felt like a decadent cocaine-fueled ’80s fever dream. All that was missing were flaming red sports cars and straight white lines on compact mirrors. Also, Brass doesn’t take the story seriously: This is a comedy through-and-through, which is weirdly balanced with deadly serious themes of rape, forced prostitution, abortion, and other unshakably upsetting subject matters. The film is scored by Riz Ortolani, whose way-too-upbeat music makes this movie feel like a carnival sideshow. I can appreciate a good piece of erotica, but the tone and texture of Paprika made me unsure of how to approach the subject matter. It’s basically a sex comedy, but it’s one of the most unbalanced ones I think I’ve ever seen.

Cult Epics released Paprika onto Blu-ray a few years ago, and since I had nothing to compare it to in terms of previous DVD editions, I can only offer my assessment based on what I saw: The high definition transfer looked and sounded more than adequate (aspect ratio was 1:66:1), and the special features included a lobby card gallery, trailers in HD, and a featurette on the film. 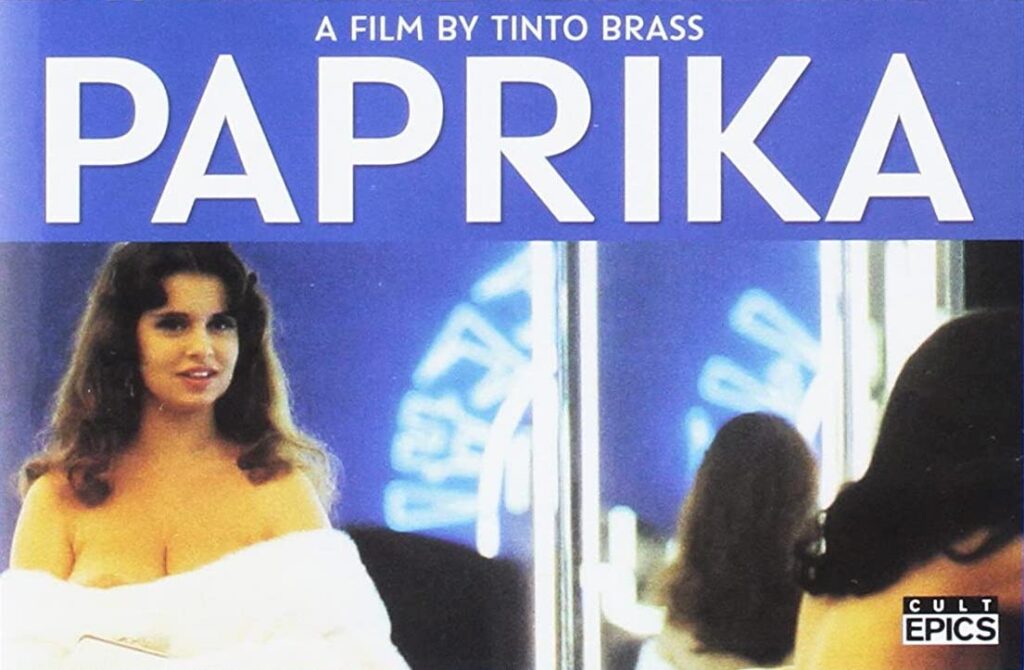