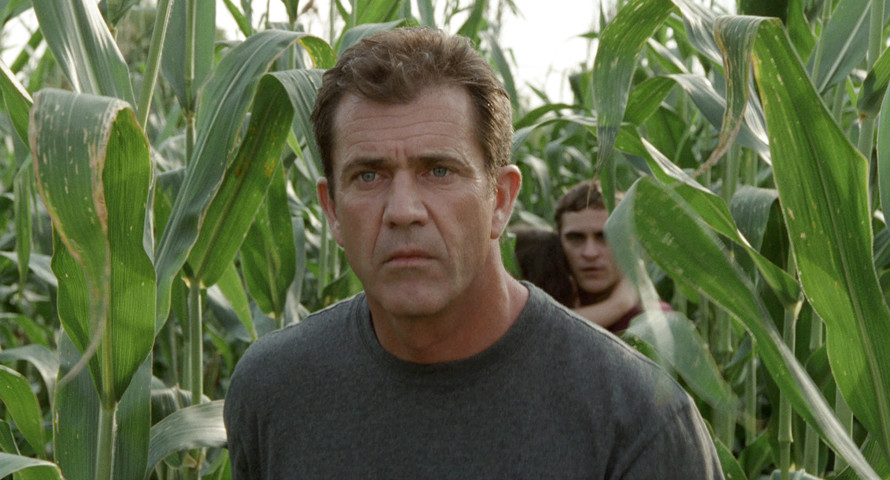 Signs was a very divisive movie when it came out in 2002 and I understand why; the ending didn’t sit well with a lot of people and I think many wanted to see an actual alien invasion rather than just this one family’s reaction to the events happening around them.

It was never about an alien invasion though and the invaders were merely a McGuffin for moving the story along; the real point to the story was restoration of a loss of faith and how we get signs throughout our lives. When we get these signs do we notice them and if so how do we react to them?

Mel Gibson’s former pastor has lost his faith after what appears to be a random car accident kills his wife. As the story unfolds we find out that nothing is random and that it all happens for a reason.

The movie has always had a special place in my heart and I’m not sure why. I think it’s in part due to the Americana aspect which has always been appealing to me. I love anything set around cornfields in Big Sky Country and Gibson’s everyman pastor Graham is very sympathetic. He gives one of his best acting performances in this movie and at times it’s genuinely moving as this family tries to come to grips with their loss.

The tone is spot on though and it’s never morose with some nice touches of humour which keeps things never less than entertaining.

James Newton Howard provides one of the best music scores of his career which is the perfect blend of sci-fi and horror. The opening credits are specially memorable and sets the tone for what we can expect in the movie.

Like James Wan’s recent horror outings Signs is all about sound; the banging coming from outside the house his ominous and unlike pretty much every other review I really like that we don’t find out much. I love when there is some mystery left after watching a movie and to this day I stand by that Signs is an underappreciated gem. So Sue Me! I love Signs and if you don’t then I guess I’ll see your ass in court.