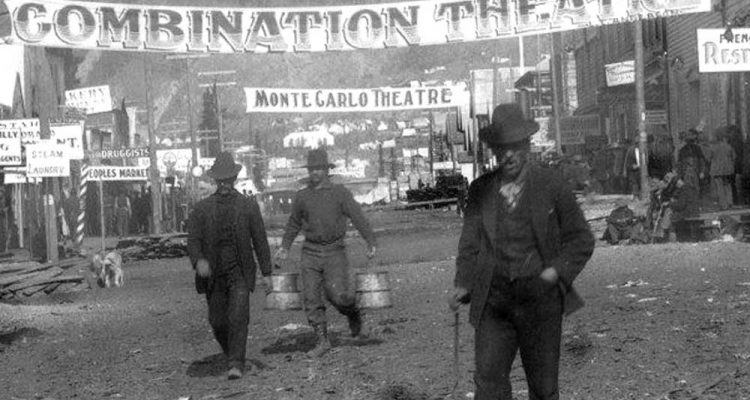 An extraordinary chronicle of a gold rush town and of the great treasure that was found there decades later. Lovers of film need to see it.

Plot: Dawson City: Frozen Time, pieces together the bizarre true history of a collection of some 500 films dating from 1910s – 1920s, which were lost for over 50 years until being discovered buried in a sub-arctic swimming pool deep in the Yukon Territory, in Dawson City, located about 350 miles south of the Arctic Circle.

Review: A fascinating documentary that chronicles the rise and fall of a gold rush town near the Arctic Circle and an extraordinary discovery that unearthed a long lost treasure of over 500 silent films from what used to be a swimming pool, Dawson City: Frozen in Time is an important historical document of not just cinematic history, but of a town itself. Painstakingly composed of disintegrating nitrate film stock from the turn of the century and the early 1900’s and with still photographs of the town from the era of its heyday during the gold rush, filmmaker Bill Morrison covers an incredible amount of ground over a two-hour duration, and the story unfolds like a great mystery. Filled with the drama of the almost impossible true story of how these lost treasures were found and restored, the film is never in a hurry to get to its happy conclusion. With virtually no dialogue, the story is told amidst the backdrop of these antique images, and the score and sound design by Alex Somers and John Somers gives the movie a hypnotic quality.

If you’re into radically unique documentaries, and if you have a passion for film and for history, Dawson City has recently been made available by Kino Lorber on Blu-ray and DVD. The Blu-ray contains a thick insert booklet with essays, and the disc contains original film reels and an interview with filmmaker Morrison.