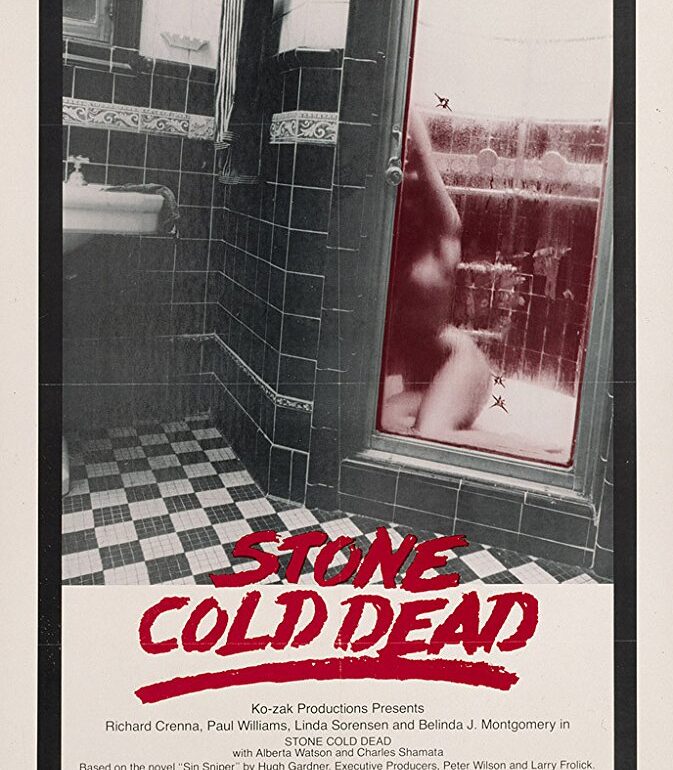 Indistinct in almost every way. Even Crenna can’t elevate it.

Plot: Sergeant Boyd’s police search to find a sniper who has been shooting hookers.

Review: Toronto has a serial killer on the loose: Exotic dancers and hookers are the target. The killer is a black-gloved specter in the night, preying on streetwalkers, but the means of killing is unique. The killer uses a sniper rifle with a high-speed camera attached so that the moment of the victim’s death is captured, frame-by-frame. On the case is tireless Sergeant Detective Boyd (Richard Crenna), who is being pressured by his boss to catch the killer before the media frenzy causes widespread panic, and his investigation leads him to a pimp tied to several of the victims, a classy sleazeball named Kurtz (Paul Williams). As Boyd gets nearer and nearer to some real answers, a fellow undercover detective working the streets is murdered, which throws the investigation sideways. Boyd must discover who the killer is and stop the killing spree … or he’ll end up stone cold dead like his colleague.

A fairly indistinct cop thriller with some light forays into the serial killer sub genre, Stone Cold Dead doesn’t do much for fans of hard boiled cop movies or devoted followers of the stalk and slash variety. It’s merely adequate in all departments, and even Crenna’s screen presence can’t elevate the material. Written for the screen by George Mendeluk, and based on a novel called Sin Sniper by Hugh Garner.

Kino Lorber has rescued this obscurity for Blu-ray and DVD, and as this is the first time this film has been made available on the digital format, it’s a welcome addition to film aficionados’ libraries, though not everyone will necessarily need to purchase it. If you have a really cool video store still near you that carries back log titles from Kino, your best bet would be to rent it. Special features include an interview with the director, and audio commentary, and the original theatrical trailer.