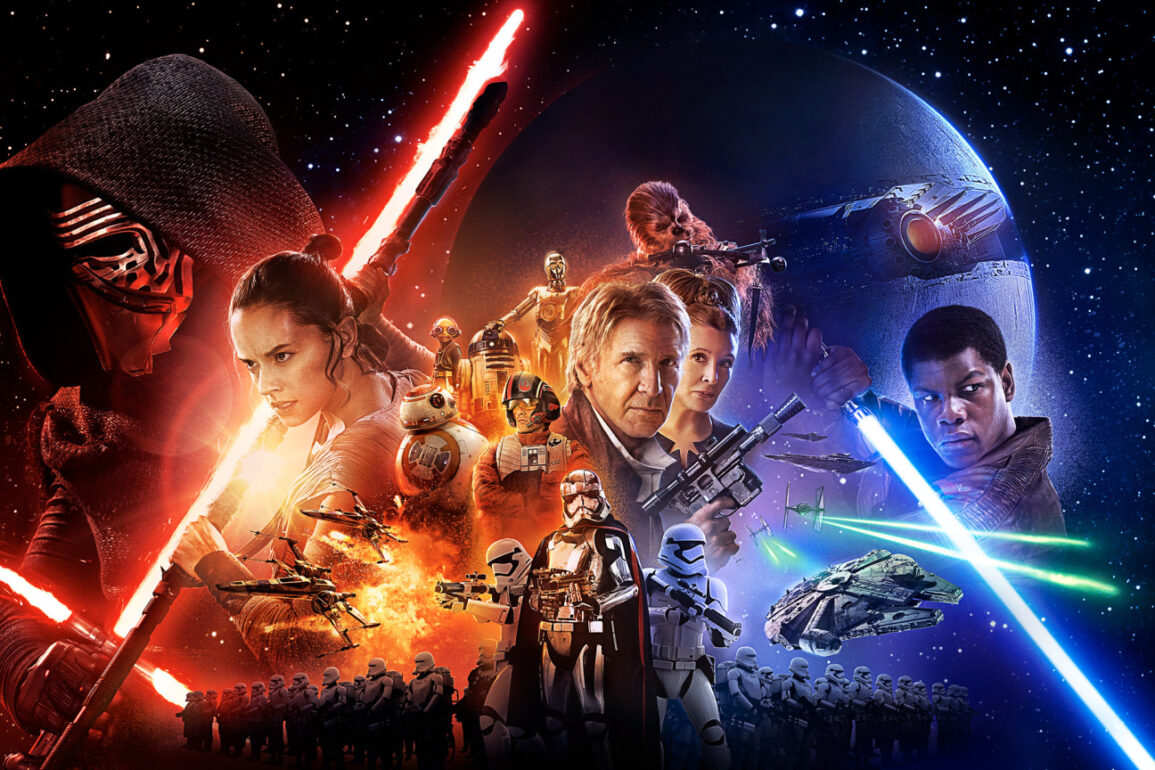 The Force Awakens is a welcome return to form for a franchise that really should have ended with Return of the Jedi. It is familiar and new at the same time with some spectacular visuals and fun new characters.

Plot: Thirty years after defeating the Galactic Empire, Han Solo (Harrison Ford) and his allies face a new threat from the evil Kylo Ren (Adam Driver) and his army of Stormtroopers.

Review: And so the most over-hyped movie of all time has finally arrived; I’m a lifelong Star Wars fan and even I can say that there has been some serious over-saturation with the marketing. But is the film any good? Well it’s certainly better than the prequels but for me it doesn’t hold a candle to any of the original films. J J Abrams is great with visuals and action spectacle, of which there is plenty in The Force Awakens but he’s never really been that great at developing characters.

Our new heroes Finn and Rey are likeable enough but Finn was more like Will Smith in Independence Day at various points with his “Hell no” style comments. They spend most of the movie bickering over each other but they lack that immediate appeal of the original cast.

Remember in the first movie (A New Hope) when Luke stares out at the binary sunset with the longing of youth? It had such heart and emotion which was something we all could identify with; there aren’t any moments like that in this movie but I suppose we can’t just have the same movies. J J is creating a new world and it feels quite different… yet familiar at the same time.

As expected Han Solo steals the entire movie and as soon as he shows up it starts to get really interesting. This is the gruff, sarcastic Han we all love and he’s everything you want him to be with Chewie by his side as reliable as ever.

Carrie Fisher doesn’t have a huge role as Leia but it’s significant enough and still fantastic to see her and Han back on screen together. I won’t say anything about Luke or what his story is but let’s just say Episode VIII promises to be very interesting.

Like I said, there is plenty of action with some mind blowing visuals, especially the crashed Star Destroyers on the planet Jakku. I also liked the use of practical effects which creates the sense of scale we saw in the original trilogy. The 3D was well done and at certain points it looked like the Star Destroyers were going to fly out of the screen.

In terms of the villains, they do the job but there is no one to match Vader or The Emperor; Kylo Ren is interesting though and I like how he has anger issues which are demonstrated far more effectively than we ever saw with Anakin. Captain Phasma had been built up as this badass villain but sadly she is wasted in a thankless role which may get expanded in the next movie.

There are no Jar Jars or annoying characters whatsoever which is also definitely a plus and any CG that is used doesn’t intrude on the story.

Speaking of the story, you’ll notice it is rather familiar as it’s practically a retread of A New Hope with exactly the same story beats which is a shame as we could have had something that felt truly unique. The familiarity is nice though as it feels like reuniting with old friends and is the movie equivalent of a warm hug.

My biggest disappointment with this movie was also the biggest surprise; John William’s half-assed score. Even the prequels had great new theme tunes but there were no memorable leitmotifs and I really missed The Imperial March. Remember the cool choral version of Han and Leia’s theme from the trailer? Yeah, not in the movie. We do get the original themes which is fine but I was excited to hear some new music that would transport me away to that Galaxy Far Far Away; sadly I would go as far as to say that it’s the weakest score of the saga.

If you’re expecting a great fight sequence featuring the cast of The Raid then you’ll also be disappointed; they are in the movie but have no action scenes which is a thoroughly missed opportunity. Why bother having them in it if you’re not going to use their talents?

Overall, The Force Awakens has some truly spectacular action and a scene stealing performance from Han Solo. There are some nice twists and turns to the story and Episode VIII has been set up adequately. We’ll await with great interest…