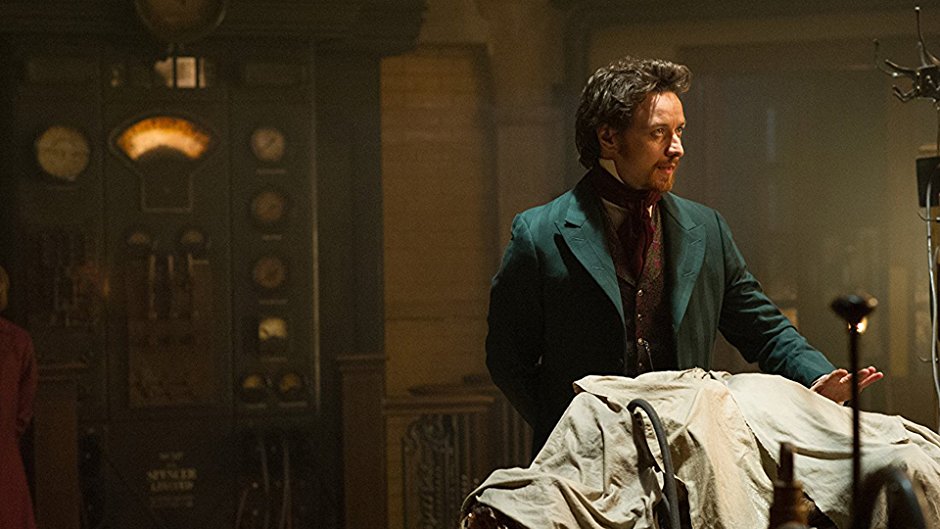 Review: The unjustly ignored and vilified theatrical release Victor Frankenstein came and went this past November, and the film was richly produced, well cast, and gave Mary Shelley’s Frankenstein a new spin that could have been great were it not for a messy third and final act. It reimagined the tale by really being about Frankenstein’s apprentice Igor (played by Daniel Radcliffe), and while the movie certainly revolves around Victor (played by James McAvoy), its heart and soul was focused on Igor’s story, culminating in an apocalyptic confrontation between the two doctors and their monstrous creation.

La La Land Records has recently released the CD score album for Victor Frankenstein, and like the film, the score is lusciously composed and meticulously crafted by composer Craig Armstrong. Armstrong’s music is full of beautiful themes and phrasings, composed using vintage synthesizers and orchestral, acoustic instruments, all delicately fused together to really give the movie a soundscape that helps define the characters in the film. It’s not an impatient, bombastic score like so many soundtracks are these days. The music is appropriately period for the time and placement of the events of the film, and it’s a distinct and memorable piece of work that deserves just as much consideration as the movie itself.

The CD album is more than 70 minutes long (32 tracks total), and the package is attractive and nicely priced. When the movie comes out on home video, check it out, but pay attention to the music. It’s a worthy score to a story that deserved to be told a little bit differently.