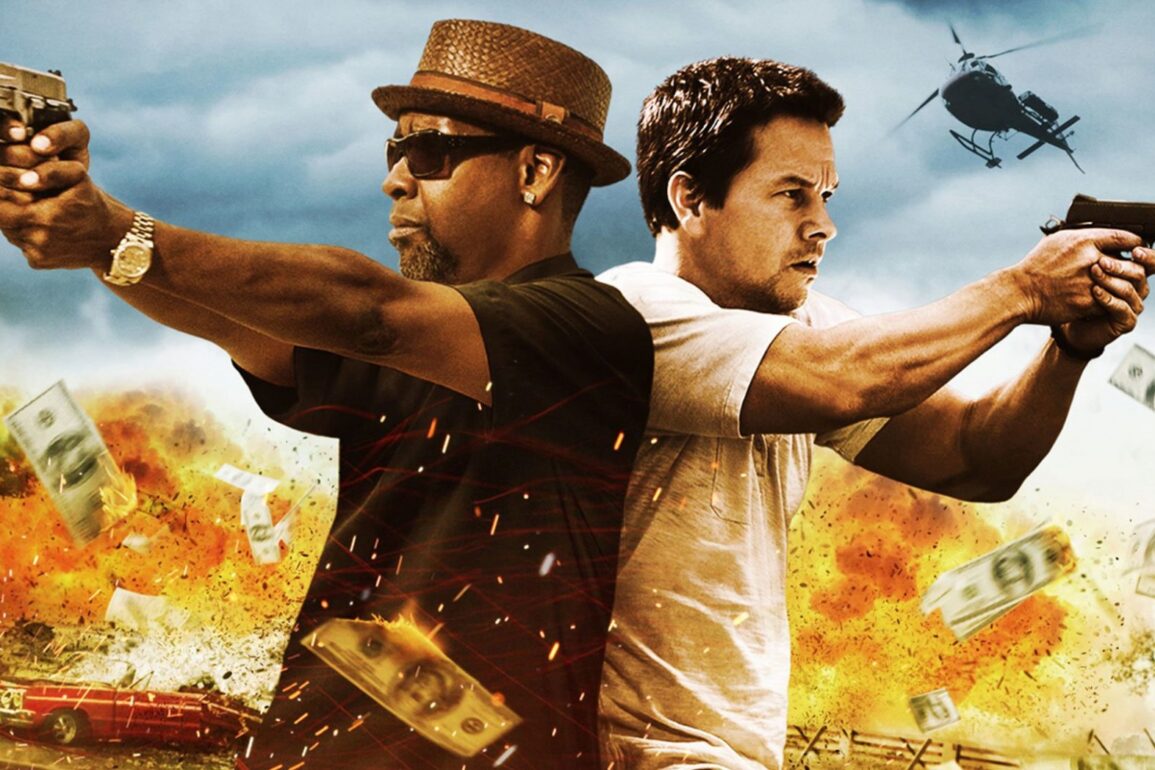 2 Guns was a bit of an action gem from 2013 that starred Mark Wahlberg and Denzel Washington. The movie was hilarious and action-packed but was a real departure from Washington who is mostly used to more dramatic fare.

It was a sizeable hit at the box office making $131,940,411 worldwide on a $61 million budget. It didn’t break any records but for an R rated movie in this day and age that’s pretty impressive.

As soon as the film was released there were whispers of a sequel; as most of you already know 2 Guns was based on a comic of the same name and there is another one (originally) called 3 Guns.

At the end of 2013 it was reported that producer Randall Emmett was working on a sequel to the comic book action movie.

He told Collider that “I don’t wanna be so bold to say, you know, it’s 100%”.“Of course it comes down to Denzel and Mark and the director, Baltasar [Kormákur], who’s doing Everest now, who have to make that decision. We, of course, would love to do a sequel and we are pushing for a sequel.”

“I think we have to find the right story because that, of course, [is what] it all comes back to, but I think that we’ll probably push forward with a script soon and then hopefully if the creative powers that be, you know, fall in love with the storyline, then we would start to have that conversation.”

It all sounded great and we were psyched to see what they were going to come up with for a sequel adn we even had an idea of what the story would be from the comic:

Comic creator Steven Grant says 3 Guns comes off the events of 2 Guns. “The guys haven’t seen each other and are on the outs with their agencies. They both independently end up on opposite sides of a deal going down with Russian weapons manufacturers and anti-government revolutionaries.”

Complicating matters is the arrival of a third “gun,” which is short for gunman. And the new gun is a she.

That sounds interesting and I was looking forward to seeing what could happen with it.

It looks like there may actually be a few stumbling blocks mostly the commitment of director Baltasar Kormakur who is currently making the film Everest, which arrives later this year.

At the time of release Denzel wasn’t exactly desperate to do a follow up either; he said “By nature, franchise is a bad word for me. I was asked to do ‘Inside Man 2’, but it didn’t have the magic that the first one had. If you can make the second one better or more interesting than the first, great. If not, there’s a lot of places you can go to get a pay cheque.”