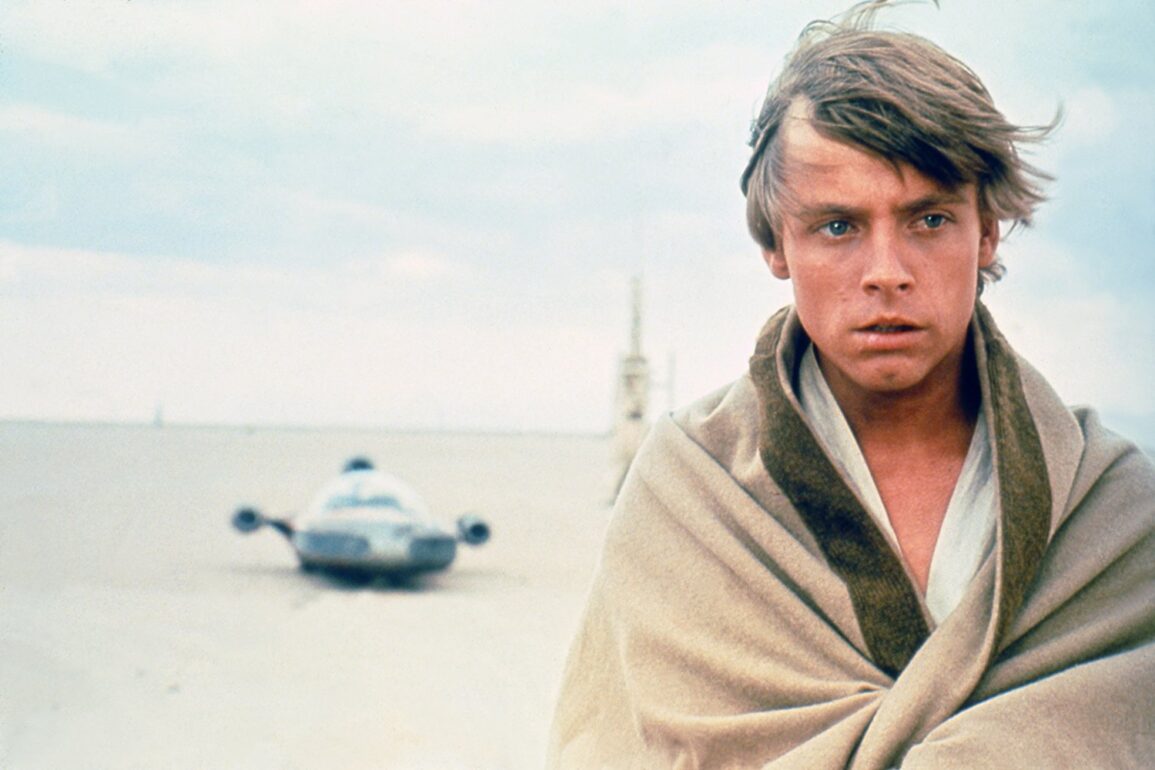 This movie defined me and is arguably the most most important film I’ve ever seen; the music, characters and sense of adventure is why we all still talk about it today.

Plot: A spirited farm boy, Luke Skywalker, joins rebel forces to save the Princess from the evil Darth Vader, and the galaxy from the Empire’s planet-destroying Death Star.

Review: It’s tough to decide if I prefer this or Empire in terms of the best Star Wars film, but it sure is close.

Whether you’re a Star Wars fan or not, you can’t deny that Star Wars is one of the most important movies in cinema history. It inspired a generation of kids to get into the movie biz and unleash their imaginations on screen. Some may say that it helped to dumb down cinema by creating mega-budget blockbusters; they may have a point, but they can also shut the hell up!

From the opening crawl which pans down to the Blockade Runner being chased by the Star Destroyer, Star Wars introduced a sense of scale to movies which had never been seen before. When Darth Vader makes his appearance for the first time, children cowed in fear at this faceless monster with a bad case of asthma.

Despite the prequels best efforts to demystify him, Vader remains one of the greatest villains of all time.

Luke Skywalker and Han Solo are such well defined characters; it’s no wonder that after 30 years we all still quote them ad nauseum. We can all empathise with Luke staring into the sunset, wondering what the future holds and if he’ll ever get out of his tedious existence.

Han Solo is the cool, loveable rogue that we all want to be; after he’s on screen for 2 minutes it’s easy to understand why the prequels just couldn’t match the originals. Han brings his sly wit to proceedings so the Jedi/Force talk never gets tedious or dry. His banter between Princess Leia sparkles and there’s genuine chemistry between them.

Carrie Fisher’s accent is a bit strange in places where she sounds English one moment and American the next but it’s hardly a big deal; she’s still a far more interesting character than Padme.

John William’s score is as always fantastic, especially in the spectacular finale assault on the Death Star.

It’s funny going back and watching these films how the effects still look great and maintain that sense of scale, which has never been replicated with the lazy use of CGI. Model making and prosthetics is a true art form but CGI just doesn’t blow my skirt up I’m afraid.

The Special Editions contain nothing worthwhile and you can tell what has been added; the CGI just doesn’t belong in these older films and looks out of place. The Jabba the Hutt scene looks terrible and adds nothing to the story. Some of the effects have been tweaked/improved and that’s fine as they look fantastic on Blu-ray, so it’s still the film we all love.

Overall, Star Wars remains a classic film and one of my all time favourites. Essential.