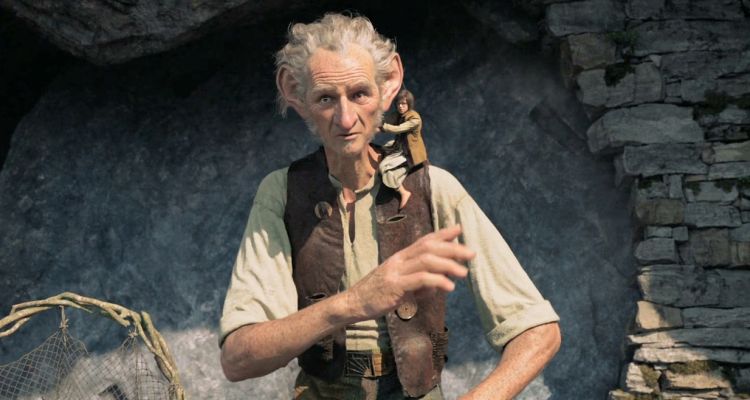 The BFG is nicely done for the most part and the two leads do the best with what they’re given but this is a Steven Spielberg film so I wanted to be blown away; instead it was pretty average and I would say save your cash and wait until Netflix.

Plot: Ten-year-old Sophie is in for the adventure of a lifetime when she meets the Big Friendly Giant (Mark Rylance). Naturally scared at first, the young girl soon realizes that the 24-foot behemoth is actually quite gentle and charming. As their friendship grows, Sophie’s presence attracts the unwanted attention of Bloodbottler, Fleshlumpeater and other giants. After traveling to London, Sophie and the BFG must convince Queen Victoria to help them get rid of all the bad giants once and for all.

Review: I loved The BFG when I was growing up; we read it when I was in primary school and I always thought the story was imaginative, transporting you away to the world of make-believe. I’d been looking forward to the movie since I heard Spielberg was directing as I’d been wanting him to return to making ‘fun” movies again as he’s been awful serious of late.

Sadly I found The BFG to be quite dull; sure some of the visuals are magical and it’s probably a fun one to take the young kids too but I’d be lying if I said I wasn’t bored. There really isn’t much in the way of story or even drama so you don’t really care about the outcome.

The first half of the movie was the most entertaining and charming as we are introduced to the land of giants but once The Queen got involved I quickly tuned out.

There is very little for adults to be interested in here as like I said, it is aimed squarely at young kids but if you’re feeling nostalgic then you might just have a goofy smile on your face by the end.

Although some of the visuals are impressive they aren’t that amazing and the giants all look like video game characters.

I enjoyed Mark Rylance as The BFG though as he brought some emotion to it and his friendship with Sophie was nicely done. Ruby Barnhill managed to be quite likable too as Sophie and not overly obnoxious or annoying like children usually are.

John Williams provides the score and although it is very John Williamsy it’s not all that memorable, which is a shame as he is arguably the greatest film composer of all time.

Overall, The BFG is nicely done for the most part and the two leads do the best with what they’re given but this is a Steven Spielberg film so I wanted to be blown away; instead it was pretty average and I would say save your cash and wait until Netflix.