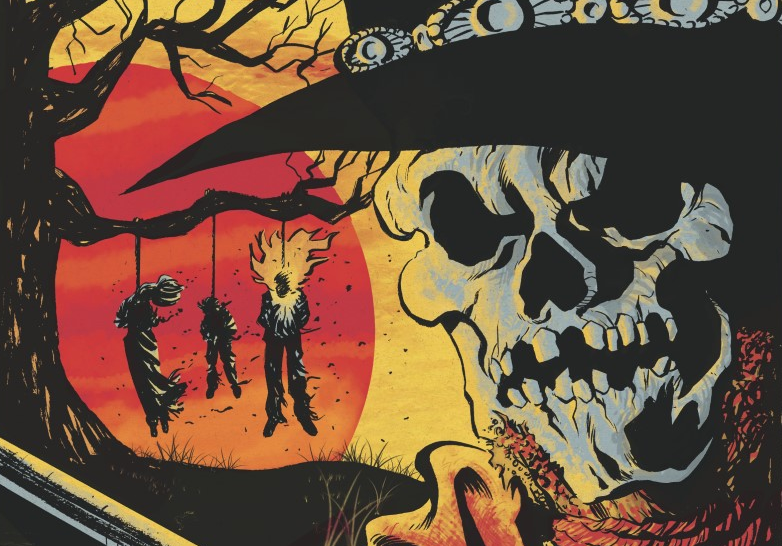 Heart and Fire Productions today announced their follow-up to the successful horror anthology Terror Tales (which was released last month in North America).
SPIRIT RECKONING, is a horror western about an avenging skull cowboy, written and directed by Jimmy Lee Combs. Combs says the film is “John Woo meets Sergio Leone meets the horror genre.”
The film’s new poster art was designed by Ian Miller.
SPIRIT RECKONING is due to go into production later this year.
SPIRIT RECKONING takes place in the Wild West circa 1875. The story follows Sam Conley, a farmer with a wicked gambling addiction trying to make ends meet for his family. One day while Sam is out selling produce, his wife is brutally beaten and raped by three petty outlaws headed by Savage Bill. Sam returns home to this horrific sight and is strung up and killed alongside his wife and child. To return the favor on a good deed Sam did for the Indian people, a Shaman brings Sam’s spirit back from the dead as an avenging skull cowboy. However, this comes with its set of side effects as Sam’s emotions intensify making him feel rage more extreme and sadness more deep than the normal person, which brings humility to Sam much like Frankenstein’s Monster.
It is with these emotional flaws and his training as a gun fighting cowboy that will see Sam through on his journey. And with the help of his best friend Lawson Lovette who is a psychotic gunfighter and Verna Cole, the strong-willed owner of a Saloon, Sam goes on a high octane, bullet-trenched, blood-soaked revenge spree, killing Savage Bill. All is not well, though, as Savage Bill is brought back to life by the same Shaman, only much more fierce and animalistic. All hell is about to break loose as Sam and his friends are up against the fight of their life. Who will prevail? 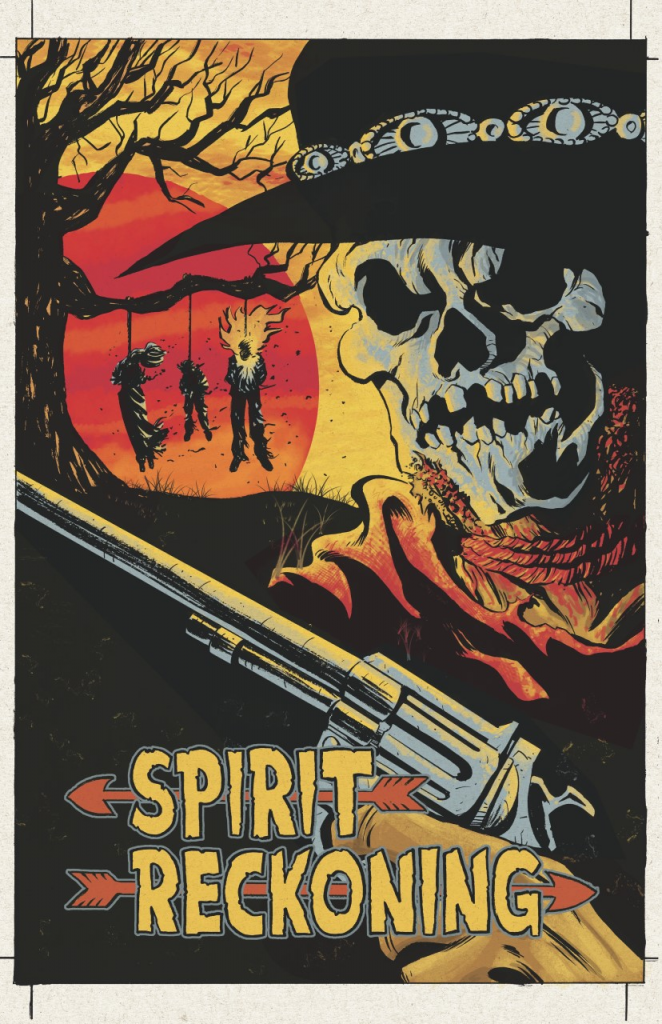