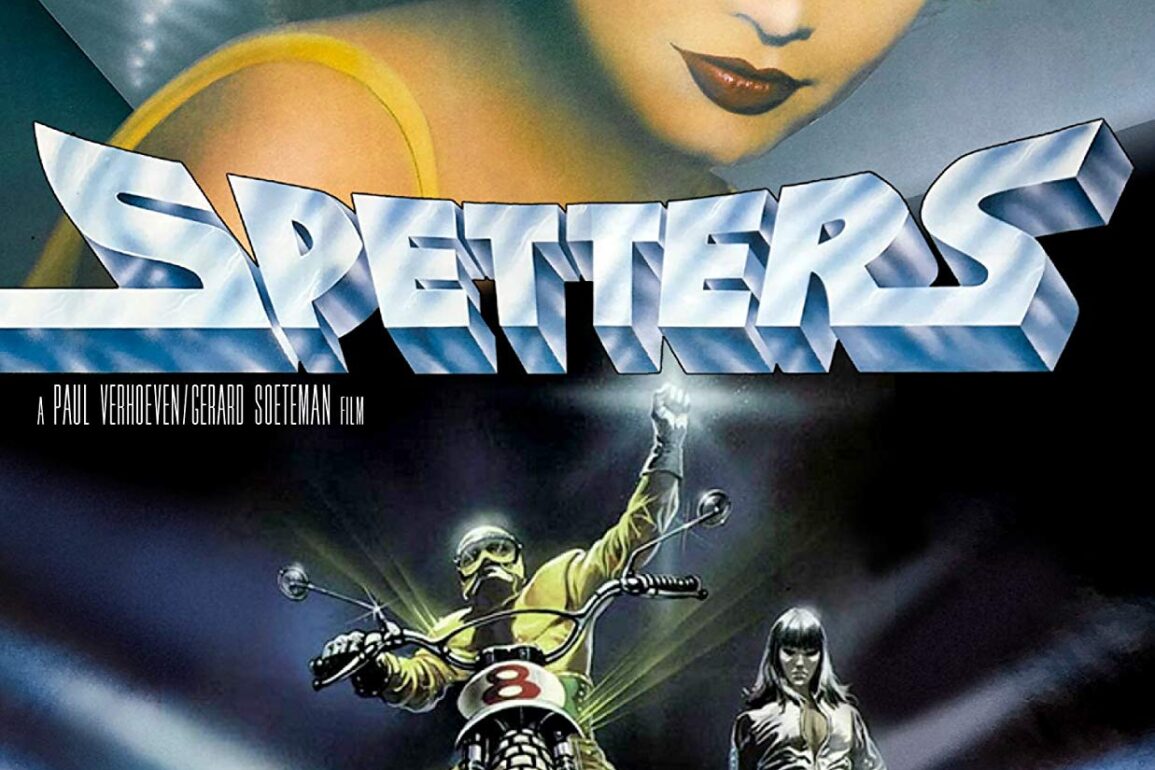 Review: Three best pals living in rural Holland have big dreams of becoming famous motorcycle riders, just like their hero, a local legend (played by Rutger Hauer) who made it. The three lads have steady girlfriends and day jobs, but they live for racing. When one of them gets sponsored by a Japanese company to race in a big championship competition, his destiny intersects with a vagabond merchant (played by sexy Renee Soutendijk), who sees him as her ticket to fame and fortune. By a cruel twist of fate, he’s involved in a stupid road accident that leaves him paralyzed, and the lives of the three friends and the gold digger in their midst shift dramatically. With racing no longer an option for any of the three young men, the vagabond vixen sets her sights on the next viable option … but happiness and fulfillment take a backseat to her ambitions.

Paul Verhoeven’s ultra sexed-up drama Spetters leaves an indelible impression. Along with his earlier Dutch films Turkish Delight and Soldier of Orange, Spetters firmly established him as a powerful filmmaker without an ounce of worldly inhibitions to hold him back. The presented sexuality is uninhibited and as real as porn here, with graphic depictions of sex and nudity. Personally, I think the movie would be just as potent without the graphic sex, but it’s there, so what can you do? The film vividly portrayed angst and Dutch youth during the era. It also has an unusual attitude towards homosexuality that might be upsetting to some viewers.

Kino Lorber’s recent Blu-ray release of Spetters upgrades the previous MGM DVD from over a decade ago, and it also contains an audio commentary by Verhoeven, which is a frank discussion of the film. Also included is the trailer.