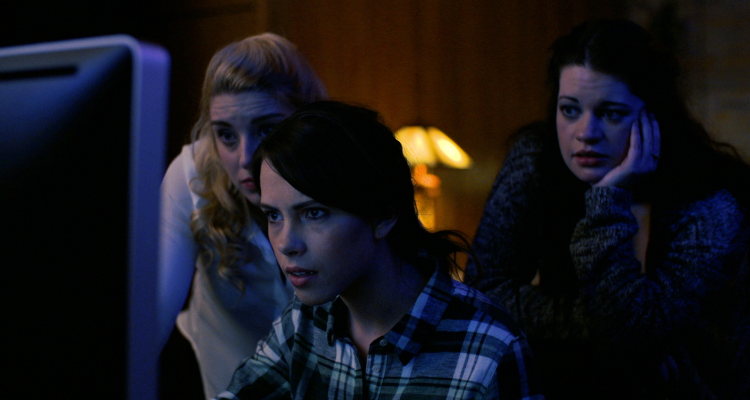 The Nursery Coming to DVD on August 7

The indie horror film The Nursery will be released on DVD in North America on August 7, 2018, by Uncork’d Entertainment. The DVD will feature exclusive content and extras, including insightful audio commentary by the filmmakers, a “making of” featurette, and more.

“To get a full-blown DVD release of The Nursery is incredibly exciting,” The Nursery’s Executive Producers—Glenn Chung, Chris Micklos, and Jay Sapiro—said in a joint statement.

“We wanted to give our fans some fun and interesting extras that would get them behind the scenes of The Nursery and give them a sense of what this journey has been like for us as first-time filmmakers. And the DVD has given us the perfect opportunity to do that!”

The Nursery is already widely available for sale or rent on a broad range of video-on-demand platforms, including Amazon Instant Video, iTunes, Google Play, the Dish Network, Vudu, cable’s iNDEMAND network, and more.

The Nursery is expected to be available on DVD from Family Video, Amazon.com, and more. More information about where to buy or rent The Nursery on DVD will be announced as it becomes available at www.thenurserymovie.com and www.facebook.com/thenurserymovie.

The Nursery is an independent horror movie inspired by genre standouts like Halloween, Phantasm, and House of the Devil. When a damaged college sophomore babysits for a family with a tragic history, she finds herself stalked by a sinister presence and haunted by ghosts from her own past. Soon, she and her friends must confront the angry spirit hunting them down one-by-one on a deliberate march towards its ultimate prey.

Independent critics have said The Nursery “boast(s) oodles of atmosphere and visual panache”, and have called it “creepy as hell”, “a real surprise”, “cleverly built”, “chilling”, “haunting”, and “a paranormal encounter you won’t want to miss.”