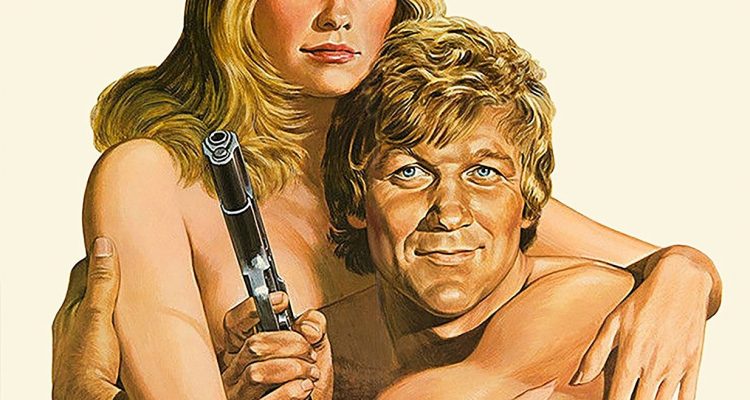 Set over a single day, Special Delivery is a charming little action / heist film with a dash of sexy romance thrown in for good measure.

Plot: A gang of thieves plan a daring bank robbery, making their escape across the rooftops of Los Angeles. The police are quickly called in, however, and only one of the robbers, Murdock, makes a clean getaway. Unfortunately, in order to do so, he is forced to dump the stolen cash into a mailbox, which he then finds is locked until midnight, forcing him to wait until the mailman makes his late night pickup. As he waits, he discovers that his hiding place has been observed by several other people, all of whom want a share of the loot.

Review: Four Vietnam vet buddies plan a big bank heist that nets them several million bucks. Their complicated (and painstaking) rooftop escape plan goes bad when one of them trips and falls to his death on the street, making it easy for the cops to nab them, but their leader Murdock (Bo Svenson) makes it out with his portion of the loot … about a million in cash. While he’s running, he stashes the bag in a street side mailbox, mindful of the time when the postman will make his pickup later that evening. By happenstance, a local drug pusher sees where he puts the loot, knowing instantly that there’s a ton of money in the mailbox, and so he plans to steal the cash from the box later in the day. Also in the mix is a jaded, beautiful moll named Mary Jane (Cybill Shepherd) who saw Murdock drop the cash in the box, but instead of making a move towards the money, she makes a move towards the man. Disarmed by her advances, Murdock spends the day with her, and together they plan to snap the money up, but first they have to contend with the drug pusher and his drug lord boss who knows what’s up.

Set over a single day, Special Delivery is a charming little action / heist film with a dash of sexy romance thrown in for good measure. Svenson and Shepherd made a good pair, and the movie has some inventive gimmicks and thrills to keep the wheels greased. Director Paul Wendkos made a nifty thriller here, and fans of the genre should take note.

Kino Lorber’s 4K transfer of Special Delivery is a big win, and I’d recommend this Blu-ray to film collectors and fans of these types of films. Special features include a bunch of bonus trailers and an audio commentary by film historian Lee Gambin.