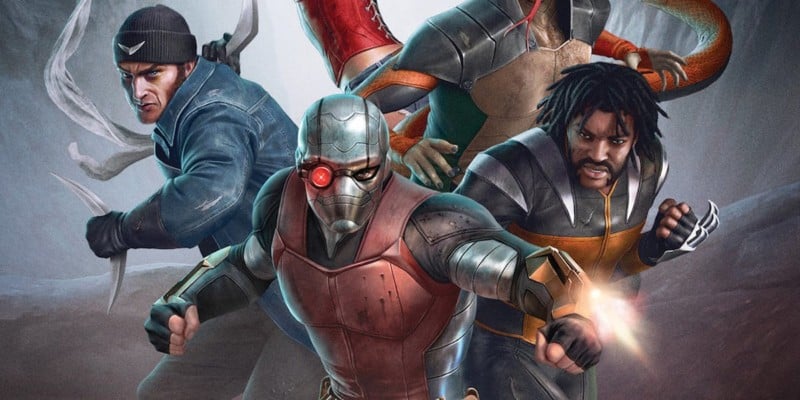 Suicide Squad: Hell to Pay might play better to a mature audience with its bloody violence and sexual situations.

Plot: Task Force X targets a powerful mystical object that they will risk their lives to steal.

Review: A squad of miscreants and condemned criminals are rounded up by Gotham’s best known warden, and they are given a mission for the reward of a year being knocked off their sentences: Retrieve a magical card – a “get out of hell free” card – from a former superhero turned male stripper. The “suicide squad” this time is a diverse set: Deadshot, Killer Frost, Captain Boomerang, Harley Quinn, Copperhead, and Bronze Tiger. They each have their specialty, and their opponents have plenty of tricks up their sleeves.

Decidedly more “adult” than any of the other DC Universe Animated Movies, Suicide Squad: Hell to Pay might play better to a mature audience with its bloody violence and sexual situations (there’s even brief nudity!). Batman only has a blink and you’ll miss him cameo, but with today’s audiences clamoring for more superhero content and darker than dark action adventures, this feature will manage to entertain fans of the genre. I usually prefer the lighter touch DC Universe movies, and of all the recent “R”-rated animated films from the series like Batman: The Killing Joke, Justice League Dark, and now this one, I can say without a doubt that Warner Brothers is aiming to please their mature demographic. Sam Liu directs.

Suicide Squad: Hell to Paywas just released onto Blu-ray / DVD. Special features include the featurettes Outback Rogue: Captain Boomerang, Nice Shot, Flloyd!: The Greatest Marksman in the DCU, The Lower of Plot Devices, MacGuffins, and Red Herrings, and a sneak peak of the next film in the series.