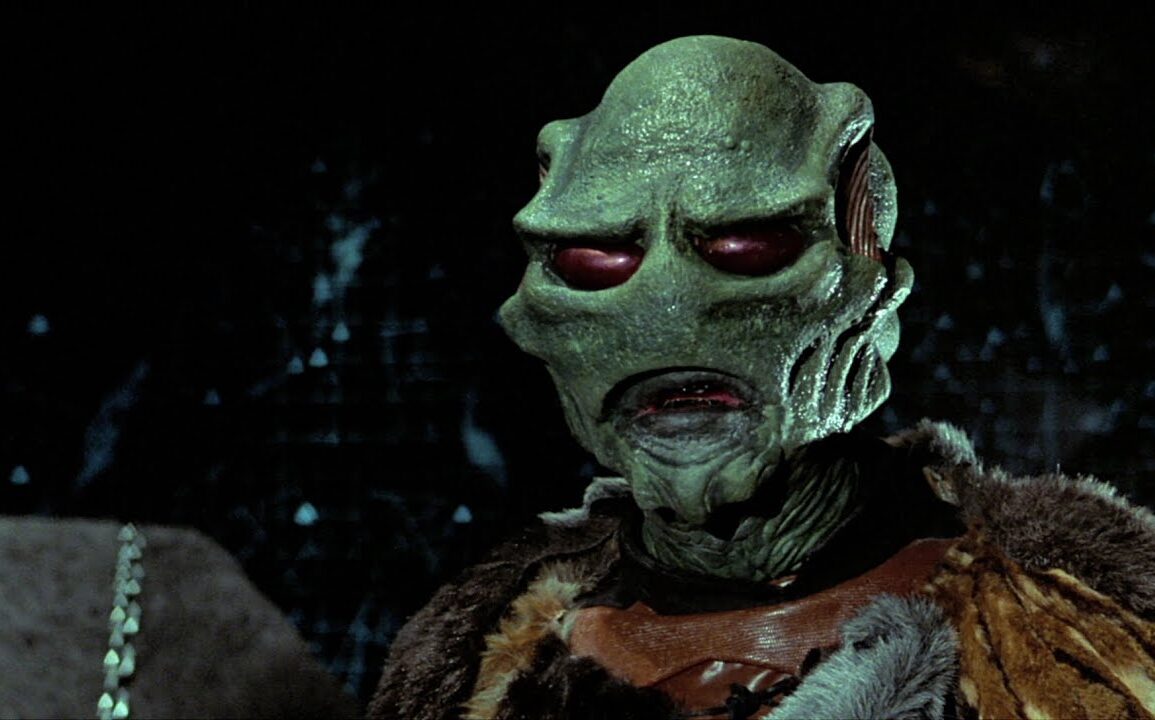 Though you probably haven’t heard of it, Space Raiders is a really good time, with good pacing, an engaging story, and some memorable characters.

Plot: A kid (David Mendenhall) finds himself stowed away on the ship of a group of space pirates led by the grizzled Hawk (Vince Edwards).

Review: Okay, full disclosure, until very recently, I have never heard of Space Raiders. To be, it sounded like an Atari game. Maybe one where you piloted a ship (usually represented by a dash) going through an asteroid belt (looking like bit dots) and shooting at other ships (or other dashes). It didn’t sound like the sort of movie that would be fun – maybe a B-movie you’d laugh about and then forget.

Space Raiders, though, was surprisingly good. Part of it had to do with the cast. The main character, a kid, played by Peter Mendenhall, was pretty wooden – a friend of mine described him as a wooden plank, which is the aptest description. However, the rest of the cast is generally great. As Hawk, the leader of the space pirates, Vince Edwards is charismatic and charming in his own gruff way – the prototypical criminal with the heart of gold. Thom Christopher, who plays Flightplan, the only alien on the crew, was instantly likeable. The rest of the team, while not having many minutes in the movie, had their own quirks and stories that played throughout. The villains in the film were truly bastards without redemption or sympathy. Remember when you didn’t have to “relate” to the bad guy in a movie? I miss those days.

The story, while on the surface, appears routine, has some nuances that make it stand out. I won’t get too much into it, as you should check the movie out yourself, but there are definitely some things that happened that I didn’t call.

The makeup, as I alluded to, was quite well done. The main criticism this movie will get is that it used some of the score and the ships from Battle Beyond the Stars. The spaceships in that movie were unmistakable, and I guess Roger Corman, who was notoriously stingy with his budget, cut corners by doing this sort of thing. The interesting idea is if you’ve never seen Battle Beyond the Stars, you’d never know. I had just watched it, so I picked it out right away. Did it bother me? Yes and no. It’s impossible to ignore what I know, and I’m not a fan of that sort of thing. However – the score and the ships from Battle Beyond the Stars were quite good, and it was still neat to see them again, albeit in a completely different movie.

The pacing in this movie was phenomenal. It starts with a gun battle (always a good thing to begin a film with) and then moves on to a space station, where there’s a kidnapping and then a heist – it literally goes from one exciting scene to the other without rest. When it does slow down, you still get information about the space pirates or the company chasing the kid, so it’s not as if it’s boring. Coming in at 84 minutes, there’s no real fat to trim off the film.

If you get the opportunity, I urge you to give Space Raiders a chance. While you may dismiss it out of hand as another Star Wars rip-off, it really isn’t. It has heart to it, and the story will keep you interested throughout, as well as the majority of the characters, especially Vince Edwards, who seems to have the gruff outsider character down to a T. Those who saw Battle Beyond the Stars may protest that it took some of the score and battle scenes in space, but there’s little to dislike overall about this movie.