I loved Shellfish, but I was also pretty amazed by it. We’ve seen stories like this before, just done differently. This one is like a pop-up book of handmade wonders, so simple, yet so infectiously openhearted and true. It’s freaking hilarious, it made me fall a little in love (how is that possible these days?), and I wanted to know these characters in real life.

An aspiring young filmmaker comes of age through the lesson of humility and self-realization.

There’s an urban myth that has persisted over time: If you swallow a watermelon seed, a watermelon will grow in your stomach. We’ve all heard it before. But what about the one where if you swallow a small piece of coral, that a coral tree will sprout and grow, branching onwards and upwards? I’d never heard that one before, but I tell you what: The movie Shellfish is like a magic watermelon seed or an enchanted piece of coral, and that watching it will give it supernatural power to grow and take on a life of its own in your heart.

The independent film landscape is as vast as the ocean itself, and it teems with glimmering prospects of earnest intentions like a limitless school of fish, swimming as a horde, all in the same direction. So very seldom is the perfect catch that it almost feels as though you might as well just cast your net backwards in time, hoping to hook an old classic you’ve somehow missed from those days when video stores displayed thousands of VHS or DVD boxes on endless shelves in so many sub-genres where the label “Comedy” carried with it proclivities towards romance, raunchy crudities, or animation, and trying to find the right movie to rent could be as frustrating as digging through a cereal box, hoping to find the prize embedded at the bottom of the carton. It’s not easy settling on something to watch, though these days most folks settle for whatever accursed algorithms Netflix or whichever paid digital streaming service serves up for them, and while I generally despise how most people decide to watch their entertainment these days, I do commend anyone brave enough to seek out something specific and somehow manage to strike gold with their choice.

Which brings me back to Shellfish. Here is an 81 minute gem, the likes of which I haven’t seen in what seems like decades, since the dawn of DVD. It feels wrapped in some kind of gleefully innocent and joyful humor, and yet it completely comes from the same place as some of the funniest and most unexpected comedies ever made. It’s a romantic comedy, but it’s also a drama, and it uses some stop motion animation to sort of spice up its approach to humor and romance. There were some now-classic cult films in the 1980’s like Better Off Dead and One Crazy Summer that used animation and off-kilter humor the way Shellfish does. These films all come from the same goofy, lovable, and heartsick place, and if you love those movies or hold them in some nostalgic regard, then Shellfish might be the movie you’ve been waiting for.

Shellfish is about a young man who refuses to “grow up.” I understand and sympathize with characters like this. Keller Reid (Hunter Hopewell, this film’s writer, director, composer, and chief animator) is a self-absorbed college student who refuses to join the workforce. He’s got aspirations to become a filmmaker, and aside from applying for every short film festival competition he can find, he completely commands and controls his younger brother, Bailey (Mackenzie Amar, a real find), who has been mute for years after a trauma rendered him unable to communicate with words, but still has his wits about him and allows himself to be Keller’s cameraman, video editor, and general underling. Keller also has a gal pal and muse, the beautiful and quite artistically gifted Harper (Savanah Joeckel, another of this film’s grails), who knows that Keller is a selfish blockhead, but she appreciates his good-hearted approach to chasing his dreams, even if it means ignoring hers in the process. The film is simple in how it conveys its characters’ feelings, but the joy of watching it unfold springs eternal when you realize that Hopewell is a true dreamer and a visionary and is perfectly capable of conveying the nuances of his fancies in a cinematic language that feels accomplished, assured, and relatable through comedy that works in unexpected ways. His little animated touches are mere flourishes rather than gaudy exposition, but they’re all essential when they land like a good punch line or help the story along. Hopewell is a very appealing actor, despite not looking or sounding like a typical handsome Mr. Audition type of actor. His timing is good, and he surrounds himself with actors equally as good as he is – or better. There’s a side character in the film that constantly had me in stitches to the point of laughing so hard that I started coughing, and I can’t tell you how long it’s been since I’ve laughed that freely and heartily.

I loved Shellfish, but I was also pretty amazed by it. We’ve seen stories like this before, just done differently. This one is like a pop-up book of handmade wonders, so simple, yet so infectiously openhearted and true. It’s freaking hilarious, it made me fall a little in love (how is that possible these days?), and I wanted to know these characters in real life. Again, how is this possible in today’s fearful, jaded world? All I can say is that Hunter Hopewell concocted a little microcosm of joy and self-introspective youthful hope and promise, and it delivers in ways that seem impossible. 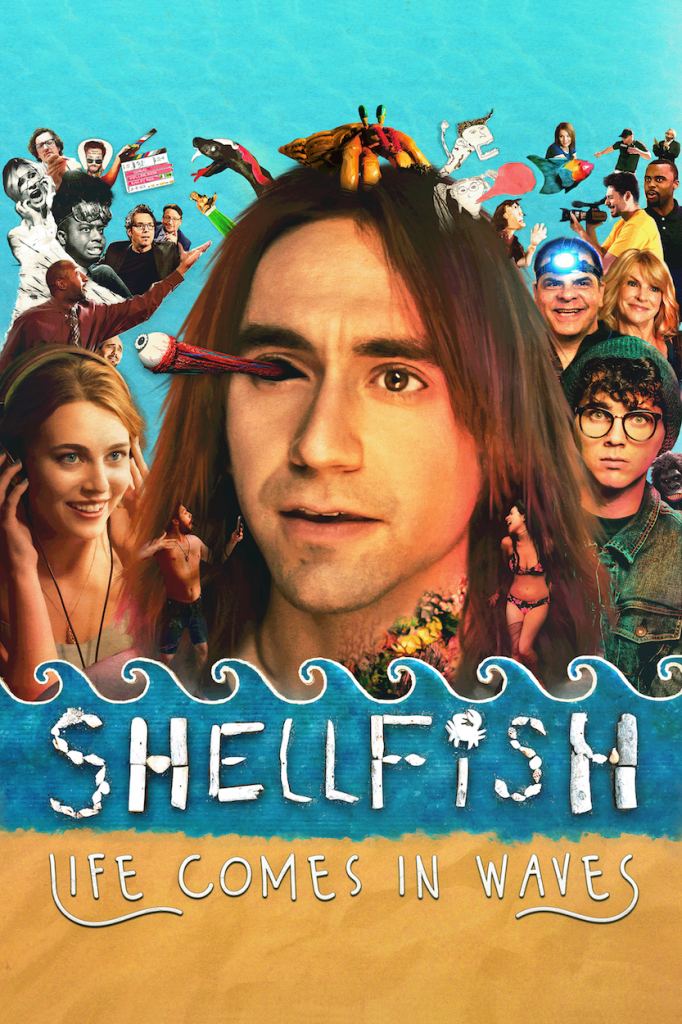