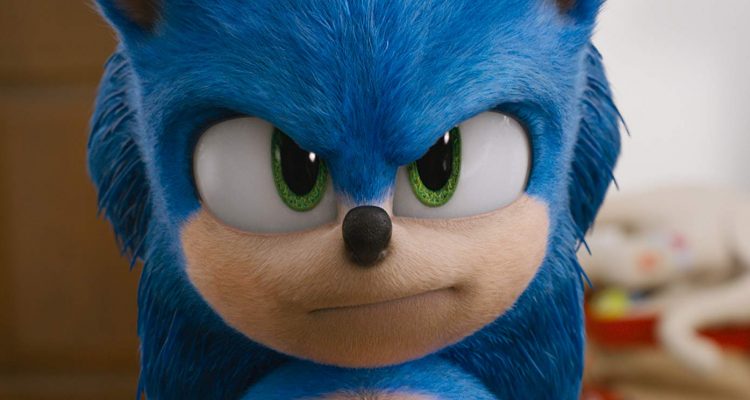 Sonic the Hedgehog is far better than I expected; it’s definitely for the kiddies but grown ups will find plenty to enjoy with the various pop culture references and it’s nice to see Jim Carrey acting like his old self again.

Plot: After discovering a small, blue, fast hedgehog, a small-town police officer must help it defeat an evil genius who wants to do experiments on it.

Review: This is a movie I never thought I would watch but I’d heard surprisingly positive word of mouth and it looked like it had Jim Carrey back to his old self again so I figured I would go see it before all the local theatres shutdown… which I feel is sadly inevitable.

It always seemed odd that a Sonic The Hedgehog movie was being made decades after the videogames were popular but everything old becomes new as they say and the time must have been right considering the box office for the movie already ($302,696,712 at time of writing).

We all remember the controversy when the first trailer came out and Sonic looked rather weird; I think it was the teeth but when Paramount released the new trailer surprisingly the studio actually listened to fans and the movie has been a success because of it.

Sonic is actually fun for the whole family with some nice pop culture references to movies like Speed and Fast & Furious although I found the character of Sonic a little annoying after a while. Jim Carrey as expected is back to being funny again and I’ve missed him. Dr. Robotnik is hilariously diabolical and arrogant never coming across as remotely sympathetic; he’s just a boo-hiss villain we can just enjoy hating.

James Marsden is always very good in these types of movies; he has that everyman charm and likability that makes him perfect for family fare such as this. Marsden plays Tom, the Sheriff of a small all-American town who longs for something more and is planning a movie to San Francisco to join the police force there. When a certain “blue demon” appears and changes his life forever his plans just might change.

This is essentially a roadtrip movie with Tom and Sonic trying to get Sonic to San Francisco to rescue his rings, so they bond along the way and slowly become friends.

Sonic the Hedgehog (as you would expect) is well paced and surprisingly funny and I’ll admit I laughed more than I expected. Yes, most of it is aimed at a younger audience so kids will really enjoy the slapstick humour while the adults can enjoy the references and feelings of nostalgia.

Overall, Sonic the Hedgehog may well be one of the best videogame adaptations to date which admittedly is no big feat, but Jim Carrey is hilarious and there are some fun references to make it huge hugely entertaining.