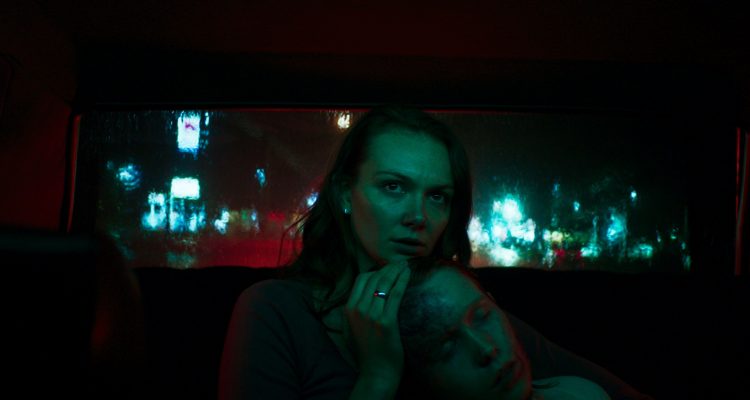 It’s a fairly harrowing experience to watch, even for the most jaded viewer, and it never lets up.

A young mother reels with desperation when her son begins experiencing startling symptoms that require her to feed him … with human flesh.

Laura (Andi Matichak) flees a satanic cult nine months pregnant with a baby she does not want. She knows the cult is on her trail, and even after giving birth and restarting her life from scratch, she never quite feels as if she’s emancipated herself from the torturous hell of a life she left behind. We get snippets of information of her life: She was groomed from childhood and raped by either her father (the cult leader) or a demon to bring forth an offspring that is meant to usher in a new age. After some time in a mental institution, she’s never quite clear on what happened to her, but when a bizarre home invasion scares the living daylights out of her and her eight year-old son David (Luke David Blumm), her son begins having severe physical reactions that put him in a coma. His flesh begins deteriorating and his organs begin failing, confounding the doctors who tell her to prepare for the worst. A befuddled detective (played by Emile Hirsch) isn’t much help either, but at least he’s a comfort to Laura in her panic and confusion. When the boy miraculously recovers, she soon realizes that he has an insatiable hunger for human flesh (the moment she realizes it is devastating), and with this knowledge, she goes on the run with the boy, knowing for certain that the cult she once fled is after her and the child, and is most likely responsible for David being the way he is now. Death, horror, and unspeakable terror follow their every move as they take it on the lam, and even with the detective trying to make his way to them before something heinous happens to them, Laura is on a path to certain doom if she can’t figure out a way to stop what’s coming.

From writer / director Ivan Kavanagh, who made the chilling horror film The Canal and the depressing western Never Grow Old, Son is a relentlessly grim and brow-beaten horror film that commits what I consider to be a cardinal sin in movies, and that is to feature a child actor and character who is forced to undergo a series of awful situations, including cannibalism, torture, and agony. I hate watching even simulated scenes of death when it involves kids, and Son is all about that. It’s a fairly harrowing experience to watch, even for the most jaded viewer, and it never lets up. As far as the story goes, it’s pretty much a foregone conclusion of where everything will end up, and even as you try to hope, the movie continues to dash it with one grim turn after another. It’s all competently made and produced, but it certainly isn’t my cup of tea as far as horror movies go. It fully commits itself to plunge itself into dark waters, and it never emerges for air, drowning itself with hopelessness and grief.

RLJE has just released a Blu-ray and a DVD of Son today. Special features on the disc include a series of interviews with the cast and crew, plus deleted scenes. 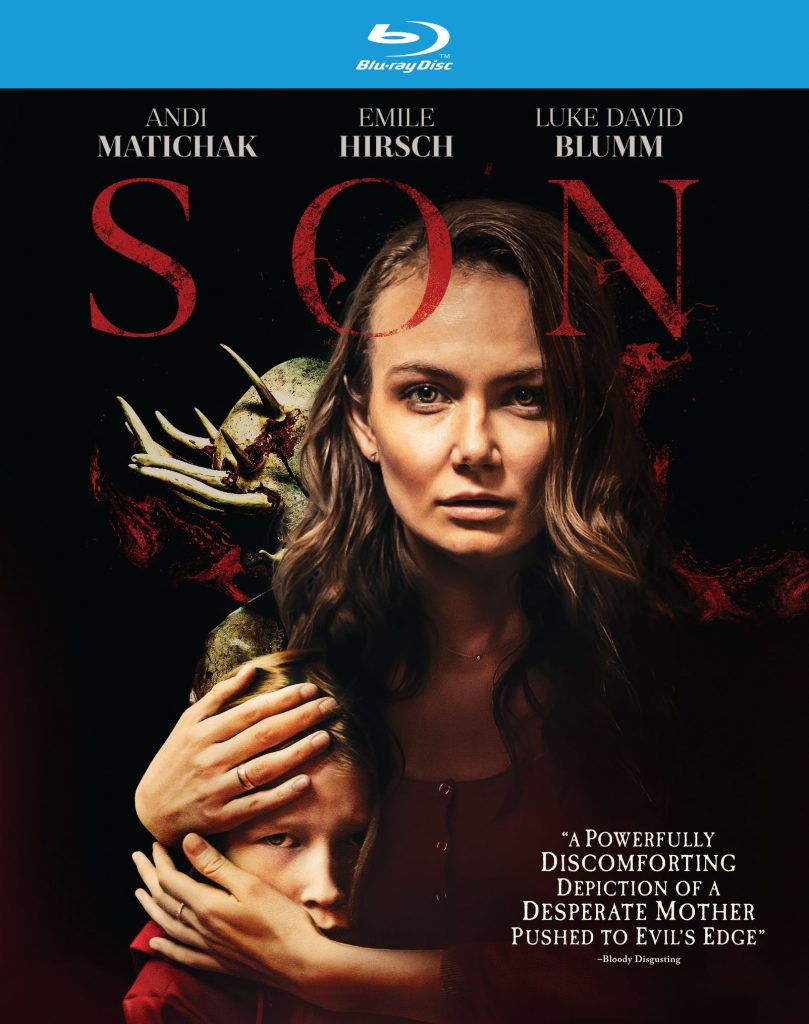