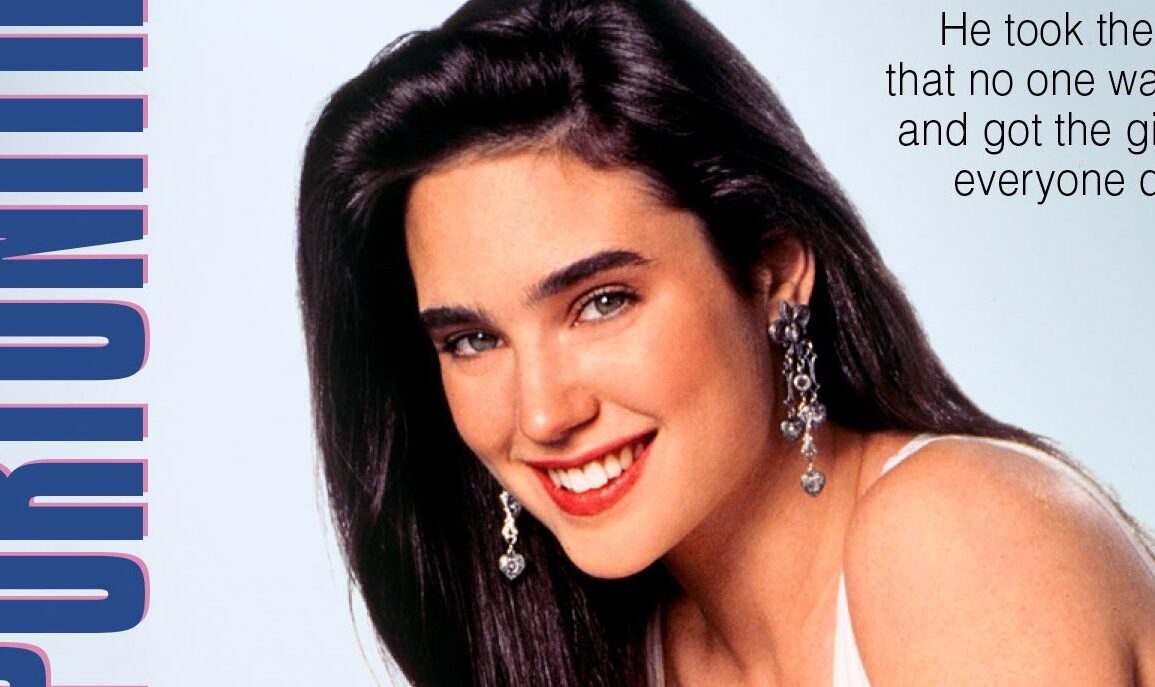 The free-spirited, hopeful, and pretty innocent characters in the movie are appealing, and both Whaley and Connelly are perfectly cast in what amounts to a lark of a fantasy.

An optimistic loser get a job at a Target as the night janitor, and on his first night he gets to hang out with the girl of his dreams because she’s locked herself in the store too.

A few years after high school, Jim Dodge (Frank Whaley) is floundering, still living at home with his annoyed parents, and struggling to keep a job of any sort longer than a day or two. He talks real big, and people in town suspect he may spend his entire life lying through his teeth, if only to tell a great story, but Jim also begins to realize that if he doesn’t shape up soon, he’s going to be shipped out of town to a relative who will give him a job he’ll end up hating. On a fluke, Jim gets a job at the neighborhood Target, where he’s shoved into the position of night janitor, a job literally nobody would want, but he takes it with gusto. Locked in for the night, he immediately starts doing exactly what he was told not to do, which is to eat food products off the shelves, make messes, and generally ignore his duties. But wouldn’t you know it? The girl of his dreams – ingénue Josie McClellan (Jennifer Connelly) – has locked herself in the store too out of complete boredom. Since she’s got nothing better to do with her time other than to do stupid, meaningless things like lock herself into a department store, she spends the evening chit-chatting with Jim, who amuses her, and complaining that her life is meaningless and unfair, despite being from the richest family in the town. While Jim and Josie have virtually nothing in common, they hit it off and have some fun together in the store … until a couple of bungling thieves (played by real brothers Dermot and Kieran Mulroney) break in, looking to steal some goods. Jim and Josie have to outwit the idiots before they take her hostage, and if they can save the night, then maybe they’ll have some kind of a future together.

As simple and seemingly stupid as Career Opportunities is, I’ve always been a hardcore fan simply because John Hughes’ script is sprightlier than it might’ve been under someone else’s pen. The free-spirited, hopeful, and pretty innocent characters in the movie are appealing, and both Whaley and Connelly are perfectly cast in what amounts to a lark of a fantasy. It still very much works for me, and it still manages to touch my hopeful romantic heart the same way it did when I was a teenager when I first saw it. Connelly is completely and utterly bodacious in this movie, and she’s hope, lust, love, and dreams all wrapped into one beautiful package. Bryan Gordon directed this lightweight flick. It only runs 83 minutes.

Kino Lorber’s new Blu-ray for Career Opportunities looks sharper than my Universal DVD, and it comes with a new audio commentary by a film critic, plus some trailers. 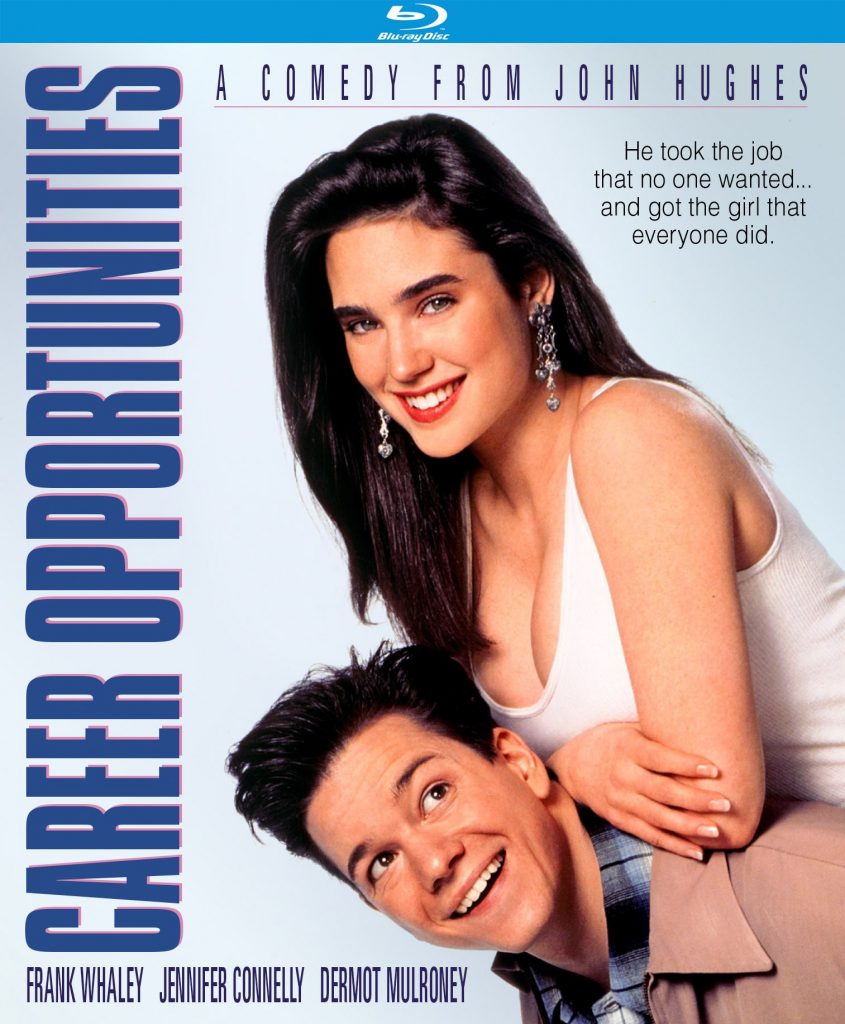