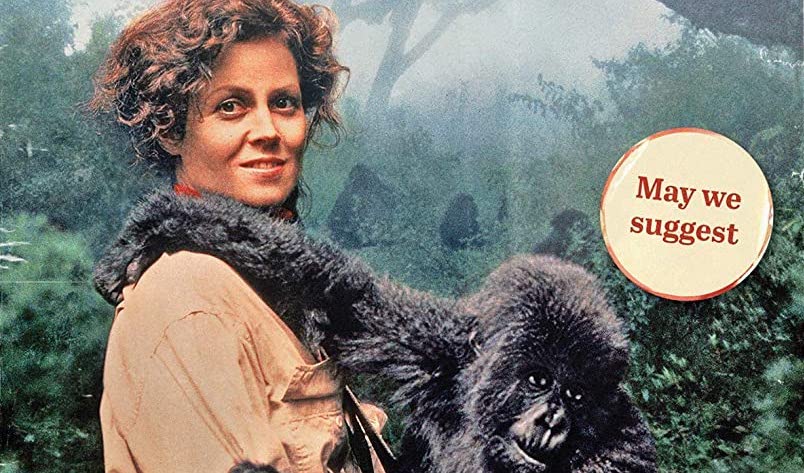 Based on the true story of Diane Fossey, Gorillas in the Mist is a fairly well mounted docudrama with an excellent lead performance by Weaver, but it tends to take an aloof and somewhat unflattering approach to who Fossey was.

The true story of anthropologist Diane Fossey, who travels to Africa to study gorillas and discovers how endangered they’ve become.

Hungry for purpose in her life, young anthropologist Diane Fossey (Sigourney Weaver in an Oscar-nominated performance) convinces a notable author and doctor to allow her to be his assistant in Africa, with the purpose to provide a detailed census of the gorilla population in a section of the jungle where he’s stationed. When she gets there, she’s totally unprepared, but still very much game, for what she’s meant to achieve. Her guide is clueless, her expectations are completely out of proportion, and she lacks the skills or the practice to deliver on her promise, but she eventually finds some gorillas in the mist and she fearlessly begins to study them and document their behavior. She knows that the indigenous people hunt and poach the gorillas (sometimes with permission from the government), which proves her assessment that the gorillas will soon be wiped out altogether from the face of the earth if something isn’t done soon to protect them, but she receives very little help or assistance, let alone support from the government or her benefactors, namely National Geographic, which sponsors her studies. Before too many years, she becomes the foremost authority on gorillas and she develops a deep affection and affinity for the creatures, so much so that they cloud her good judgment for her own safety, and she angers the poachers. Meanwhile, she begins a serious relationship with a Nat Geo photographer named Bob Campbell (Bryan Brown), who can never hope to compete with her love for the gorillas.

Based on the true story of Diane Fossey, Gorillas in the Mist is a fairly well mounted docudrama with an excellent lead performance by Weaver, but it tends to take an aloof and somewhat unflattering approach to who Fossey was. She becomes obsessed and deranged towards the end of her life in the jungle (her fate is covered, but not explained), and she clearly loses her touch with humanity, as she prefers the company to the animals over the company of people. At least that’s how the film portrays her. Director Michael Apted gives the material a solid pass, and while the film ends on a rather grim and mysterious note, it did its job in telling us who Fossey was and what her life’s work was all about.

Mill Creek’s newly released Blu-ray edition for Gorillas in the Mist contains a nice HD transfer that is comparable to the previous Blu-ray from Universal, but it does not carry the special features from that disc to their own. It comes in a VHS-style sleeve. 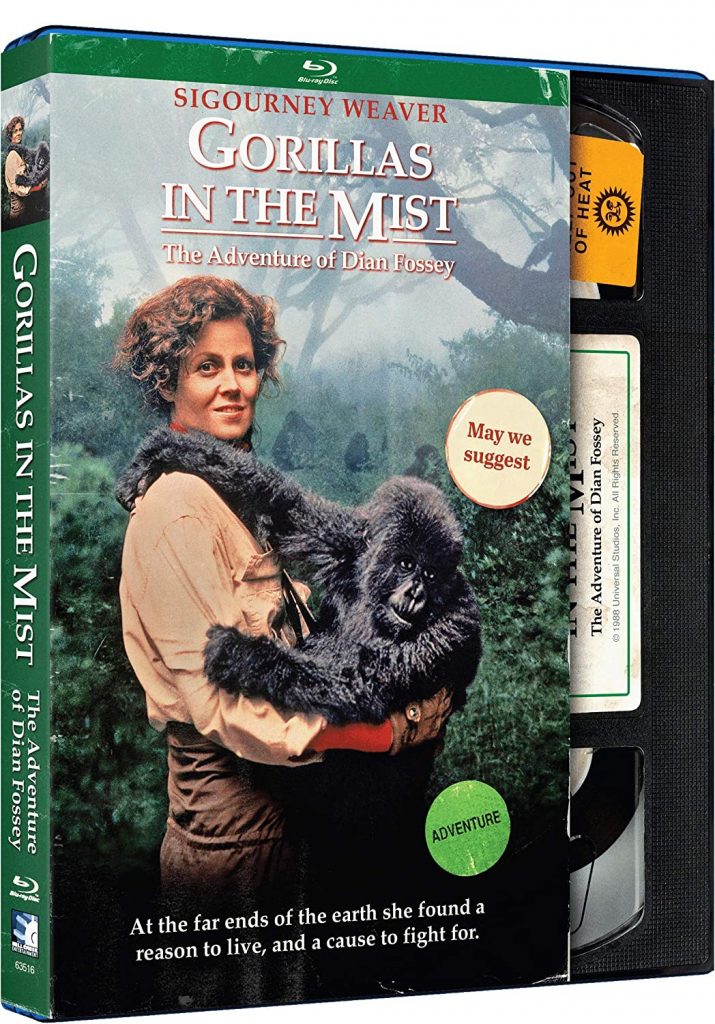