Plot: A reimagining of the Brothers Grimm fairly tale about an evil stepmother of a beautiful young woman, who ends up living in the forest.

Review: Following the death of her mother when she was born, Lillian (Monica Keena) grows up to be a beautiful young woman, the spitting image of her mother. Her father (Sam Neill) is a wealthy lord who has a bevy of servants living in his castle, and when he eventually decides to remarry, he chooses a beautiful foreigner named Claudia (Sigourney Weaver), who brings with her a mute brother and a strange artifact that happens to be an enchanted mirror. After the marriage, Lillian and Claudia are always at odds with each other, which is danger, seeing as how Claudia is a witch or sorceress with dark powers at her disposal. When it becomes clear that Lillian will always be the apple of her father’s eye – and not Claudia – Claudia plans the murder of Lillian, but the deed is botched, and Lillian ends up fleeing to the forbidden forest where the unknown awaits her. She takes refuge in a remote cottage where a handful of scarred outcast criminals have hunkered down together for a season to mine for jewels and minerals deep in the earth nearby. While it seems unbelievable that these rough men (only one dwarf among them, not seven) wouldn’t completely defile the beautiful Lillian, they instead end up treating her with some respect. One of the men, a head-hanging ruffian (played by Gil Bellows) ends up reluctantly falling in love with her, and she with him, but their story is only beginning as Claudia transforms herself into a old crone, who comes calling to give Lillian a poisoned apple…

A deliberately dark and dangerous version of the Disney-fied fairy tale, Snow White: A Tale of Terror is just about as “R”-rated as it could be without going completely over the edge. Weaver is delectable as the evil witch who delights in inflicting pain and misery, while Keena is more or less what you’d expect of a simply written role that’s basically an archetype. My favorite bits of the film involve the ruddy woodsman, and the film treads carefully as it manages to avoid exploitation here. Director Michael Cohn does a fine job with this fantasy material, and it’s a shame that this film never received a theatrical release in the USA, but was instead dumped to cable. It’s better than you’d expect. John Ottman did the score. 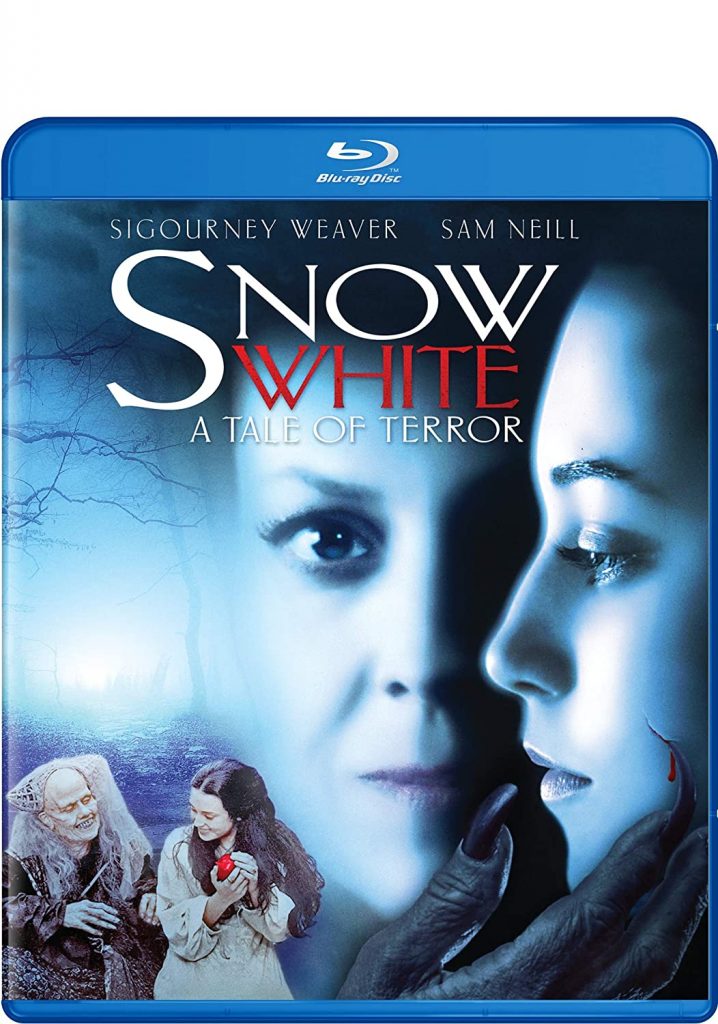