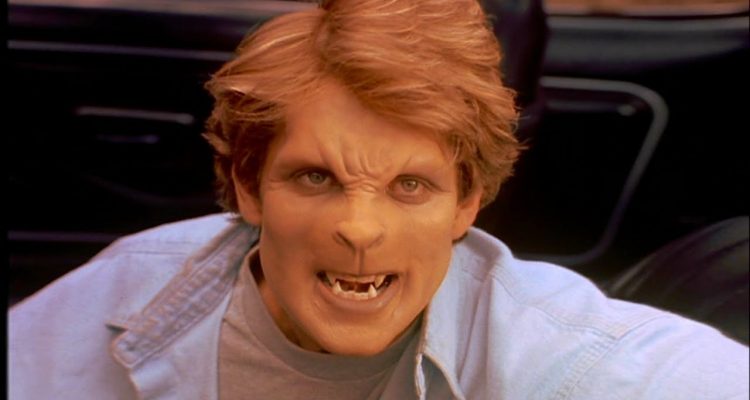 It may be seen as cheesy by some, but Sleepwalkers is a fun time that doesn’t take itself too seriously.

Review: Being a Stephen King fan, I had to watch this film, as I try to watch all adaptations based on his work. Sleepwalkers is different though; it’s not based on any previous King written work.  No, it’s an original story written by the man himself.  While fans of King’s grimmer work, like Pet Semetary or The Shining, may be hoping for a serious exploration of horror, Sleepwalkers offers none of that type of fare.  Instead, it’s a rather cheesy, ridiculous movie – and you know what? I liked it.

The acting, I will admit, is all over the place. Brian Krause, who plays Charles, is uneven at best, playing the part seriously in the first part of the film, but engaging in campy, hammy acting in the cemetery scene, before effectively lying on his back for the rest of the film.  Alice Krige, however, who plays his mother Mary, seemed to feel that she was in some serious drama.  The mounting rage and naked fear that she approaches the role with was more befitting a Shakespearean play than a King schlockfest. Mädchen Amick, who plays Tanya, comes across as a sweet, innocent, virginal girl who was a staple of 80s horror films.  It’s a weird mishmash of styles and characters, but then again, this is a weird mishmash of a movie.

There are some real highlights in this film.  There are several notable cameos of film directors, as well as Mr. King himself and Clive Barker.  King’s scene, in particular, is hilarious as he bounces from one character to another, trying to plead his case of innocence. There’s also a shocking cameo at the beginning of the movie – I had to look twice, as I thought I was mistaken. Needless to say, even in campy movies, it seems there is no shortage of Hollywood stars who want to appear in a flick penned by King.

The visual effects are, as you can imagine, quite cheesy.  The makeup is unconvincing, and the effects look somewhat amateurish, but it strangely just all fits in with the feel of the movie. There are no real scares in this movie, although there is a satisfying amount of violence and some gore in the movie.  The score is not particularly memorable, nor does it have the benefit of being a period piece to show off great set design or costumes; this is a modern-day (at least, 1992 modern) movie, a setting that people will associate with King stories.

So, my advice, if you decide to check this one out, is, know what you’re getting yourself into and don’t expect that it will be a great King story in the vein of The Stand or It.  Instead, expect something a little more in spirit to Maximum Overdrive.  This is the type of movie where you need to walk in with the right mindset to enjoy it; luckily, I did, so the cheesiness, the over-the-top ridiculous scenes, just seemed to add to the charm of the movie.