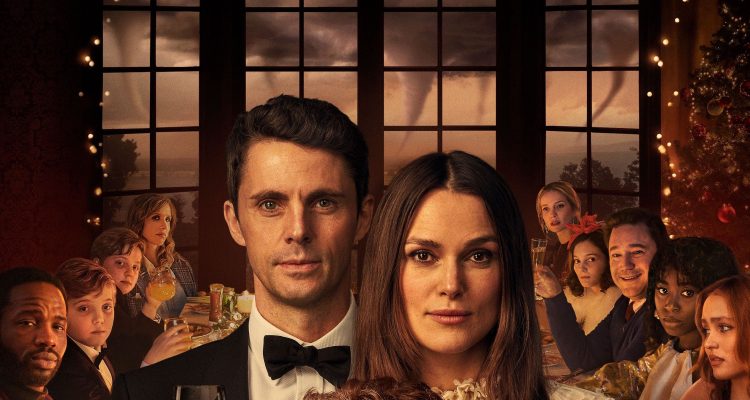 A thoroughly unlikable bunch of characters and an unlikely scenario set Silent Night out to be a slog of a watch, and indeed it becomes a test of wills to keep going, but even though it leaves you feeling icky at the end, you’ve got to hand it to the film’s writer and director Camille Griffin for sticking to her guns, even with a little “Gotcha!” moment at the last second before the end credits.

A family throws a last Christmas party before the world will end at just after midnight.

Poisonous gasses fill the earth’s atmosphere, coming in great, dark storm clouds all over the earth, every inch of it. The entire world has already been hit, killing off the world’s populations in a silent death knell of noxious air like the Angel of Death. Britain is the final region on earth still waiting for their turn, and the government has issued “Exit Pills” for citizens (but not illegal immigrants, which becomes a talking point later on) to take for a “dignified death” instead of gagging on vomit and having seizures for however long it takes to suffocate and die. The pill takes only three or so minutes to take effect, and it basically takes you to sleep in silent, calm death. A Christmas party is commencing in the countryside – a last little holiday party for a family and their friends – and its host is Nell (Kiera Knightley), who hopes to have one last night of cheer before taking the exit pill alongside her husband Simon (Matthew Goode) and their three sons Art (Roman Griffin Davis) and the twins Thomas and Hardy (Gilby Griffen Davis and Hardy Griffin Davis) at just past midnight when the storm clouds will roll into Britain. Their friends arrive, but no one is quite in the holiday spirit: Lesbian couple Bella (Lucy Punch) and Alex (Kirby Howell-Baptiste) promptly hit the bottle and get smashed, while longtime friend James (Sope Dirisu) and his new (and pregnant) American girlfriend Sophie (Lily-Rose Depp) bring some unrest to the rest of the group with their confliction over whether or not Sophie will be taking the exit pill like everyone else. Sexy Sandra (Annabelle Wallis) and her fuddy duddy husband Tony (Rufus Jones) and their bratty kid Kitty (Davida McKenzie) are all over the place with their emotions; Sandra is desperate to get laid one last time, but not by her husband – she’s hoping to sack James for a final thrill, but this leads to resentments and a revelation that her husband had previously had a fling with Bella. With such a holiday party, the thought of dying in a matter of hours almost takes a backseat to the proceedings, but what’s certain is that there’s really only one of the bunch – the foul-mouthed kid Art – who sees madness in what everyone is about to do, and as doom approaches for them all, Art is the only one who cries out in lamentation at what has become of their fate.

A thoroughly unlikable bunch of characters and an unlikely scenario set Silent Night out to be a slog of a watch, and indeed it becomes a test of wills to keep going, but even though it leaves you feeling icky at the end, you’ve got to hand it to the film’s writer and director Camille Griffin (Roman’s mother) for sticking to her guns, even with a little “Gotcha!” moment at the last second before the end credits. Movies like this can be fun and poignant (Last Night, for example), or they can be grim and dramatic (These Final Hours, for an example), but when they’re as hopeless and contain characters as despicable and unrelatable as those featured in Silent Night, you’re in big trouble. Even the kids are worse than the brats in all the Home Alone movies combined. To say I hated this movie would be an understatement.

Silent Night is set to debut in theaters and stream exclusively in North America on Friday, December 3 from RLJE Films. 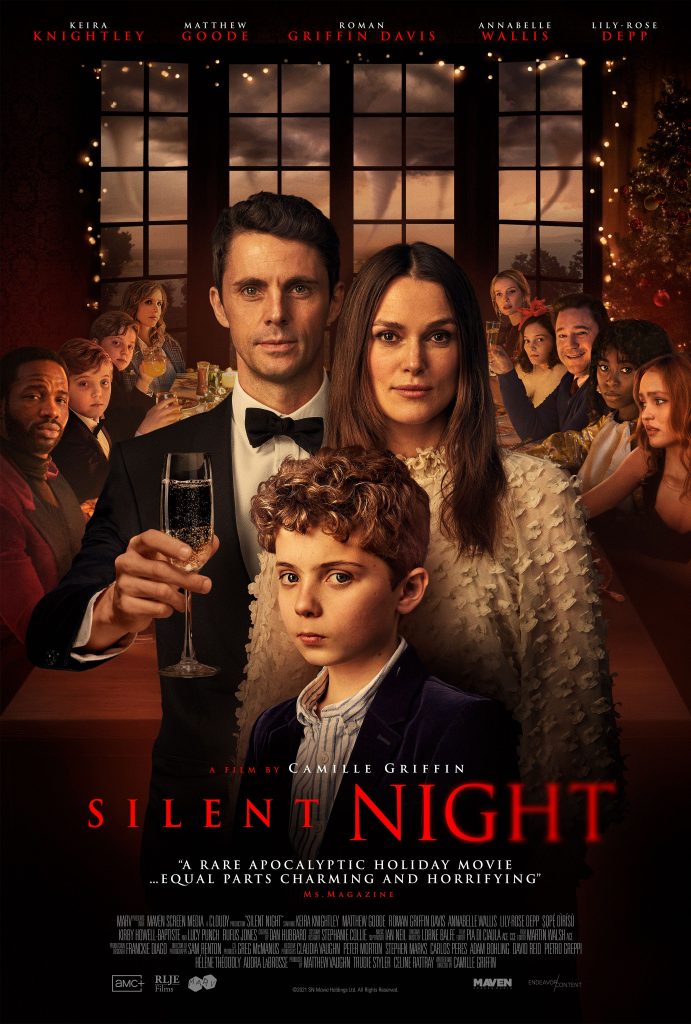