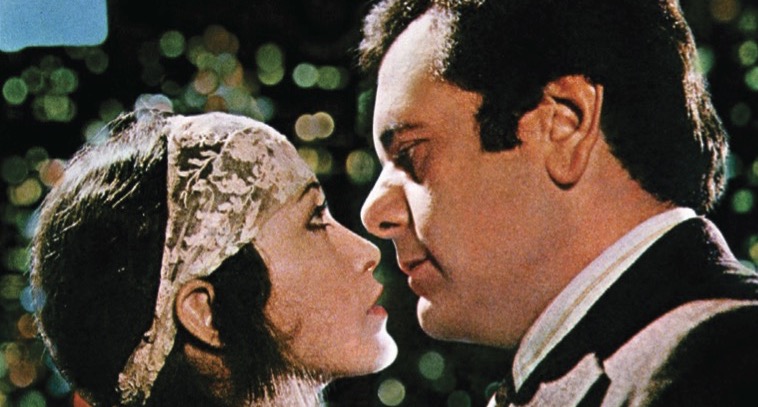 A lovely romantic drama with tons of heart and soul, Slow Dancing in the Big City is just a winner in every way. It’s from director John G. Avildsen, who’d just done the first Rocky, and I think Slow Dancing got lost in the momentum of that much more popular film.

A popular columnist falls in love with his new neighbor, a ballerina who is faced with never dancing again when she finds out she’s very ill.

New York’s most beloved storytelling columnist Lou Friedlander (Paul Sorvino in a likable performance) is always scouring the streets for a good story his readers can relate to. From one day to the next he’s writing about Eskimos and then about an elderly man whose apartment burned to the ground. He fixates on a street kid whom he sees potential in as a drummer who could make it someday, but then something unexpected happens: A beautiful ballerina named Sarah Gantz (Anne Ditchburn) moves in next door to him in his apartment complex, and he’s immediately smitten. Turns out she’s kind of a big deal, and she’s playing the lead in a big performance at the Met in a few weeks. But Sarah is dealing with a world of hurt when she realizes that her body is shutting down at an accelerated pace and could cause her to become invalid if she doesn’t quit dancing immediately and get serious surgery that could potentially paralyze her. One thing is certain: Sarah will never dance again, and so she’s racing against fate to put on one final performance before her life changes forever, and while Lou tries courting her (in a charming way in a fashion only he can offer), her life is falling apart with grueling rehearsals and a demanding schedule that force her to work harder than her body can handle. Lou sees in her something special and a story to tell, but when he finds out how sick she is, he recalibrates his entire approach to wooing her.

A lovely romantic drama with tons of heart and soul, Slow Dancing in the Big City is just a winner in every way. It’s from director John G. Avildsen, who’d just done the first Rocky, and I think Slow Dancing got lost in the momentum of that much more popular film. Apparently, Slow Dancing had never received any video release whatsoever until now, which makes it a brand new discovery for me, and I loved every minute of it. The chemistry between Sorvino and Ditchburn – while unlikely – is just right, and the New York flavor is everywhere in the movie. The supporting cast is perfect, and the touching score by Bill Conti is excellent. I have nothing bad to say at all about this one.

Kino Lorber and Scorpion have released a Blu-ray edition of Slow Dancing in the Big City, and it presents the film in a fine high definition transfer, and includes an interview with one of the co-stars, an interview with composer Conti, the trailer, and reversible artwork. A must-have. 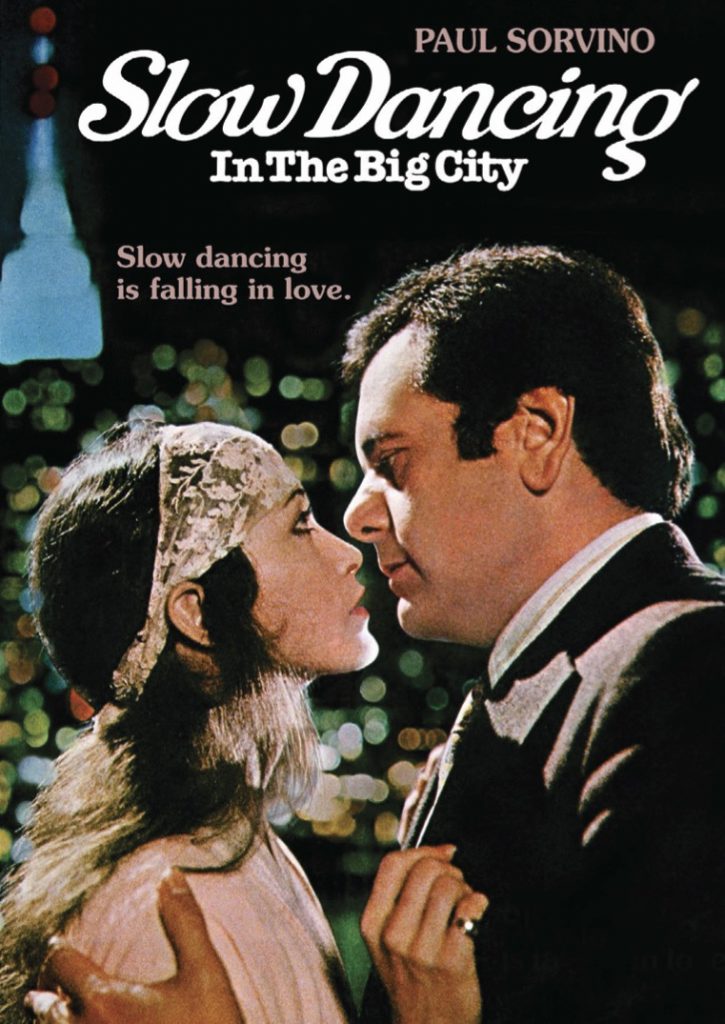