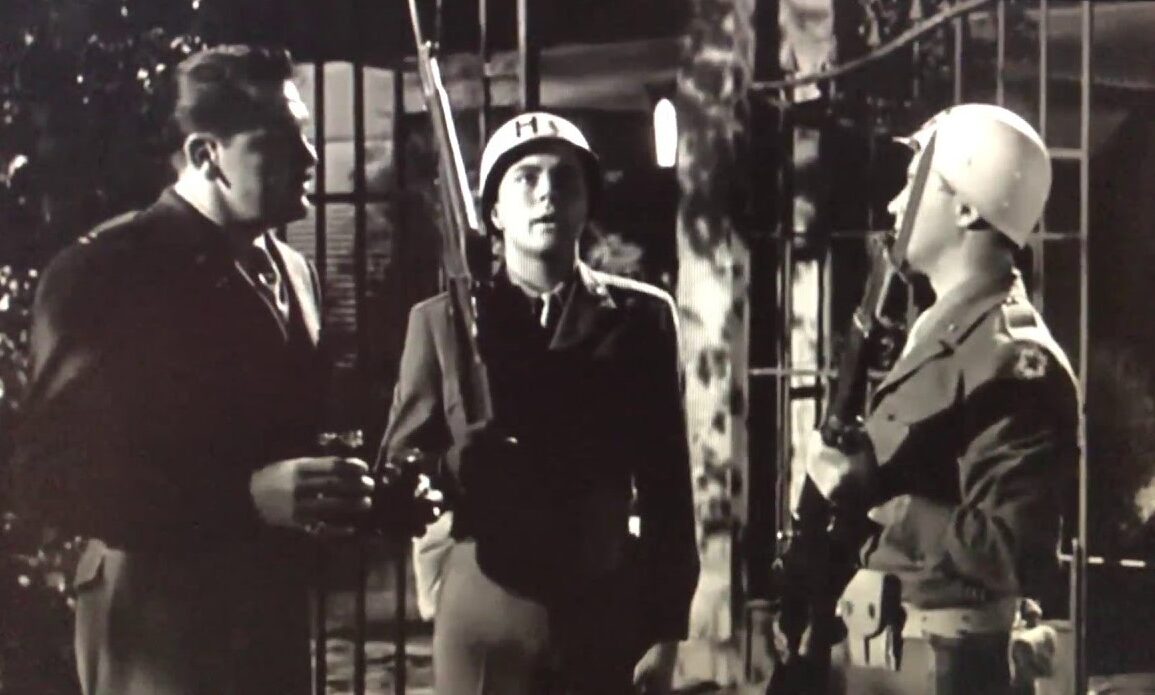 A movie plagued with an incoherent story at times and horrible pacing, but features standout performances from most of its cast.

Plot: Pvt. Hogan (Jack Lemmon) conspires to throw a “mad” ball under the nose of his superior officer (Ernie Kovacs).

Review: When one of your writers is Blake Edwards (he of Pink Panther fame), you would think it would be a great story, wouldn’t you? Sadly, Operation Mad Ball is not a well-written movie, nor is the pacing very good. If not for the cast, there would be nothing for me to recommend seeing this movie for.

Let’s go back to that story, though. For most of the movie, it’s kind of shrug-inducing – it was done later by Sgt. Bilko and M*A*S*H and done better, in my opinion. Not having even seen the Phil Silvers Show, which started a couple of years before this movie came out, I bet that series was better than this movie. For most of the film, it’s alright, but somewhere in the second act, things become increasingly muddy. It isn’t helped that it’s one of those movies that insist on using army slang that goes over my head; it’s also one of those movies where many obstacles are thrown in the main character’s way. At some point, it all merged and just became incoherent for a while. I was expecting better, based on the pedigrees of at least one of the writers.

Then there’s the pacing. At 105 minutes, you wouldn’t expect this movie to drag, but based on the simplistic premise, it does – this should have been an 80–85-minute movie based on the plot, tops, and it just becomes a quagmire. There was a semi-amusing part concerning a cadaver that wasn’t dead and the superior officer’s frantic attempts to cover it up – that was probably the best (and maybe the only) good part of the film.

The cast, though, comes to the rescue and bails out the movie, for the most part. You’re bound to get some charismatic performances when you boast a cast including Jack Lemmon, Ernie Kovacs, Dick York, Arthur O’Connell, L.Q. Jones, William Hickey and Mickey Rooney. Lemmon is at his usual best as the scheming Pvt. Hogan (a bit of a departure for his typical characters), Kovac is his smarmy best as Captain Locke, and O’Connell was just daffy as the hospital’s commanding officer. The best performers, though, were York and Rooney. York is hilarious as the long-suffering admin assistant who smiles at his boss’s face while overtly running him down behind his back. Rooney – the only words I can use to describe his performance are energetic and enthusiastic – steals the show in a small role as York’s bubbly cousin. It’s really thanks to the performances of the cast that this movie is watchable at all.

So, do I recommend Operation Mad Ball? I think even for Lemmon fans, this one is a bit of a drag. It is interesting to see Lemmon play a different role, and the cast is excellent, but the writing and pacing are awful. If this is the only Lemmon movie you need to watch to see his entire filmography, I say go for it; otherwise, this is one you can skip.