In the Aftermath is an odd film that doesn’t really engage but it is worth seeing out of curiosity and the new Blu-ray from Arrow has some great special features.

Plot: On a post-apocalyptic Earth, an angel descends to help the survivors.

Review: This movie is a real oddity.  Forget the fact that there is no story to speak of.  Forget that it is just barely over an hour long.  What we have here is a movie in two halves: a Japanese animated film called Angel’s Egg (1985) edited to fit within a live-action post-apocalyptic film.  It adds up to virtually nothing, which is a shame because with some more scripting, this might have been something.  The animated portions begin with a girl exploring a wasteland until she finds a large egg.  She takes the egg and shows it to her soldier brother, who is somewhat of an enigmatic character – he says cryptic things to her and leaves on excavating missions by himself.  It looks like they might be the only two people left in the world, but then the movie shifts to the live action stuff and we see two men in oxygen masks with air tanks strapped to their backs walking around an obliterated city.  One of them is killed and his mask is stolen by his murderer, a contaminated survivor, and then he runs away, leaving the other fellow wounded and without his mask.  The wounded guy wakes up and finds himself in a vacant hospital, and is tended to by a pretty woman survivor who has managed to quarantine a section off in the hospital.  They talk for awhile and he tells her he has visions of a little girl with a big egg in her arms.  The movie cuts to more animated segments with the girl and her brother, but none of it goes anywhere.  Back and forth between the two boring halves of the movie, and no story is developed at all.  There is an underdeveloped conclusion with the egg, which is supposed to be the last hope for humanity, and when its shell cracks open, fresh air is released into the atmosphere.  That’s about all there is to it.  There is no conflict, no bad guys (other than the initial murderer, whom we never see again), no blossoming romance between the wounded man and his woman friend, and while the animated characters seem to be in a compelling, epic story, the brutalizing of the film they inhabit doesn’t mesh well with the live-action portion.

Mamoru Oshii directed Angel’s Egg, and seen as a complete film, it still has a mysterious, impenetrable feeling to it. The live action footage was directed by Carl Colpaert, who was probably inspired by the images of Oshii’s film, and in his quest to connect his own images to Oshii’s, he created a hybrid monster of a movie.

Arrow Video’s brand new 2K restoration of In the Aftermath looks even better than the previous release by Code Red. Arrow produced a newly filmed interview with the producer, as well as a new interview with the lead actor. Also included is “Before the Aftermath: The Influence of Angel’s Egg,” a new appreciation feature. A still and poster gallery is also included, plus the original artwork for the sleeve and a newly commissioned piece of artwork. 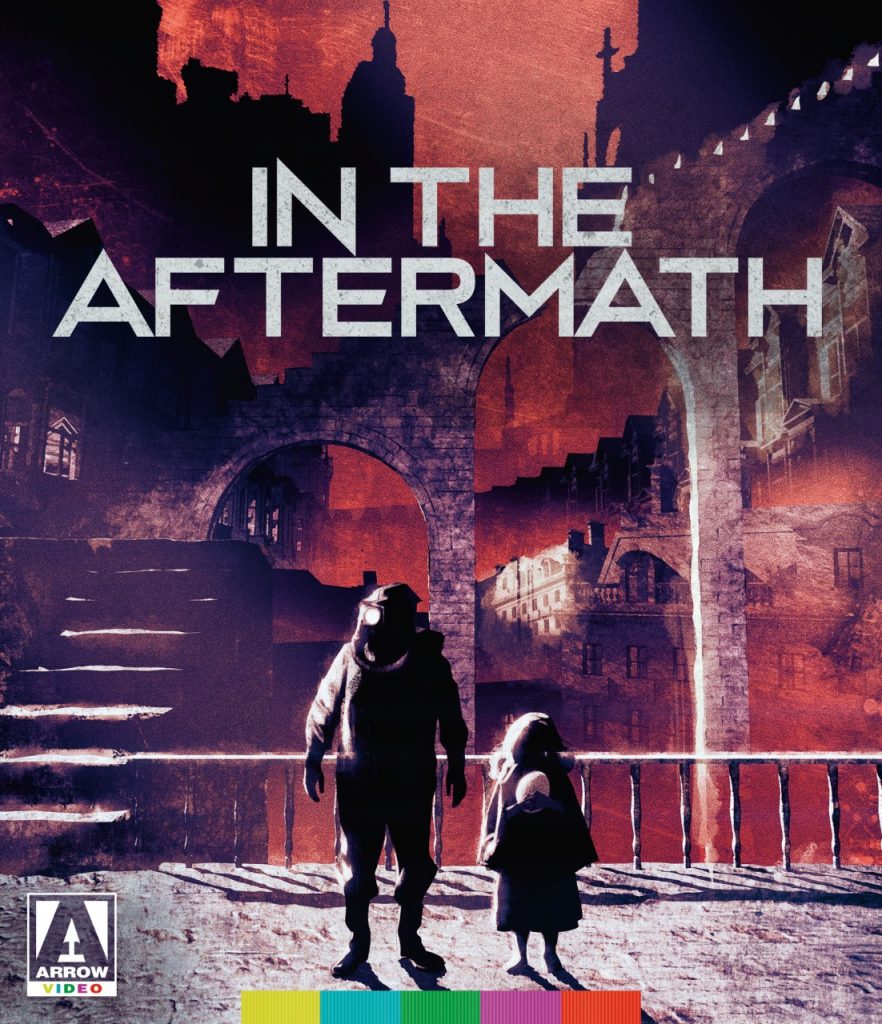