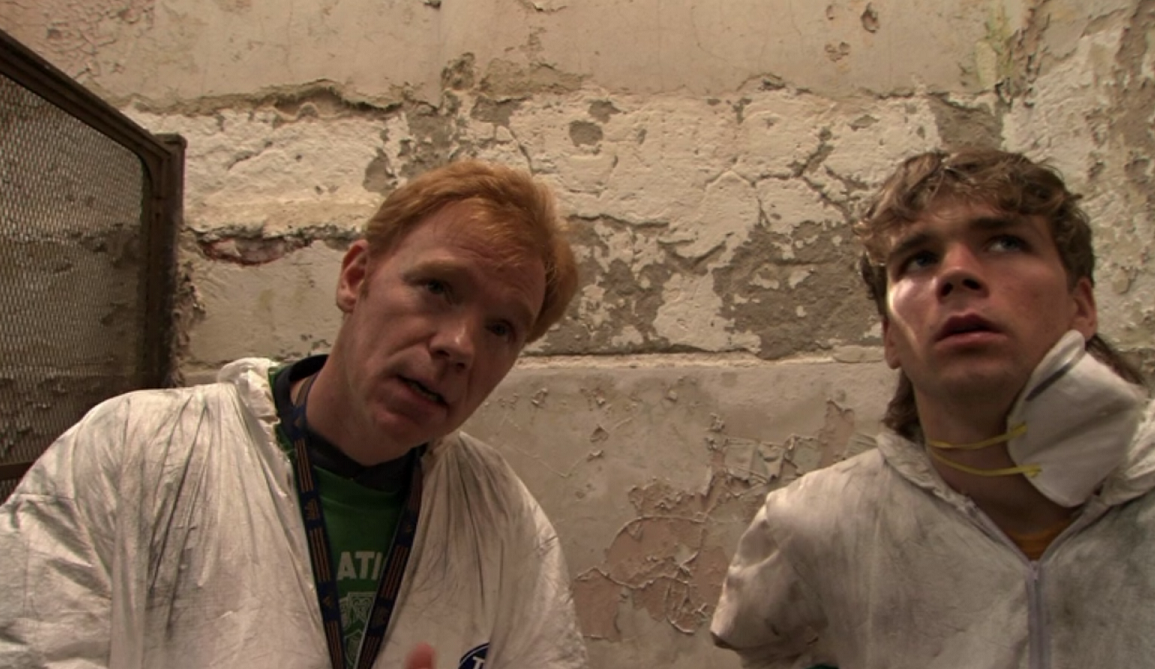 Plot: A tale of terror when a group of asbestos removal workers start work in an abandoned insane asylum. The complex of buildings looms up out of the woods like a dormant beast. Grand, imposing … abandoned, deteriorating. The residents of Danvers, Massachusetts steer well clear of the place. But Danvers State Mental Hospital, closed down for 15 years, is about to receive five new visitors…

Here’s another movie that I heard about and been trying to find for years until now so I finally found it and checked it out.

Session 9 was a pretty decent psychological horror film that focuses more on tension than just blood and gore so it keeps you engaged from beginning to end.

The performances in general are impressive particularly Peter Mullan who is the stand-out.

There’s some good tension throughout the film and while there are not a lot of scary moments it has plenty of atmosphere to keep you on the edge of your seat.

The story is well told for the most part and the characters are engaging enough that you manage to care for them.

Brad Anderson does a decent job creating the mood and atmosphere of the abandoned mental hospital.

My only real criticism is the pacing being slow especially in the middle but that’s just a minor gripe.

Overall, Session 9 is a pretty decent psychological horror film that has a good cast, is well directed, has some good tension throughout, and has an engaging story.