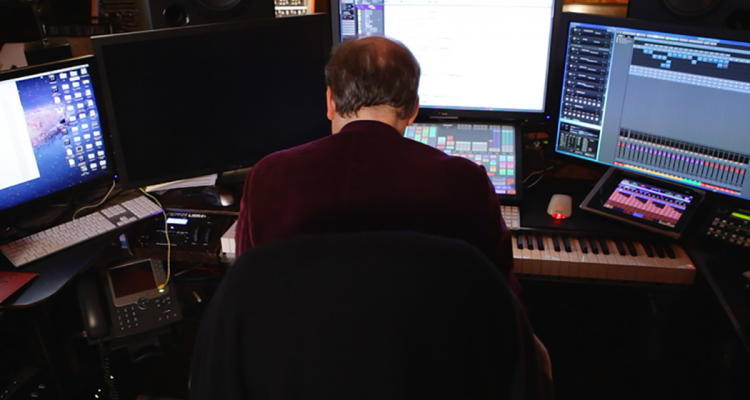 Score: A Film Music Documentary is a film music fan’s dream with insightful interviews with all the key players, some great stories and it’s a fine tribute to the sometimes unsung heroes of cinema.

Plot: This documentary brings Hollywood’s premier composers together to give viewers a privileged look inside the musical challenges and creative secrecy of the world’s most widely known music genre: the film score.

Review: I’ve been a fan of movie scores for as long as I can remember; when I was a kid I would listen to my LP of John William’s Superman Theme to death and it remains my favourite movie scores of all-time.

Writer/Director Matt Schrader has put together an essential documentary which focuses on some of the greatest musical names working in the film industry from Brian Tyler and John Debney to Ennio Morricone, Hans Zimmer and John Williams. We also get great a look at the career of the late Jerry Goldsmith who is still considered one of the all-time greatest composers which I would have to agree with.

I’m pleased that John Williams gets a lot of attention as he has crafted arguably the most memorable movie themes in movie history like Superman, Star Wars, Raiders of the Lost Ark, Harry Potter and Jurassic Park to name just a few. I liked how the 80’s and 90’s were seen as the “Age of John Williams” and now we are in the “Age of Hans Zimmer” who is now considered one of the most influential composers working today.

The interviews with the composers are fascinating and gives us a rare look into their lives like how Marco Beltrami created an ethereal piano theme for The Homesman which was frankly genius. Brian Tyler apparently likes to stand in a movie theatre during his movies to watch audience reactions to his film music and if people are whistling the theme tune afterwards then he feels he has done his job.

Trevor Rabin talks about how his music to Remember the Titans was used for Barrack Obama’s inauguration and he wasn’t asked first which pissed him off somewhat.

We of course get excerpts from the scores and get to see how down to the wire putting the music together can be as the composers are under incredible pressure.

As soon as it was over I wanted to watch it again which isn’t something I would normally say about a documentary but this is one of the best I’ve seen. In terms of flaws it’s too bad Alan Silvestri and Basil Poledouris didn’t get a mention as they are legends of the craft too. Sequel perhaps?

Overall, Score: A Film Music Documentary is a film music fan’s dream with insightful interviews with all the key players, some great stories and it’s a fine tribute to the sometimes unsung heroes of cinema. A must-see.