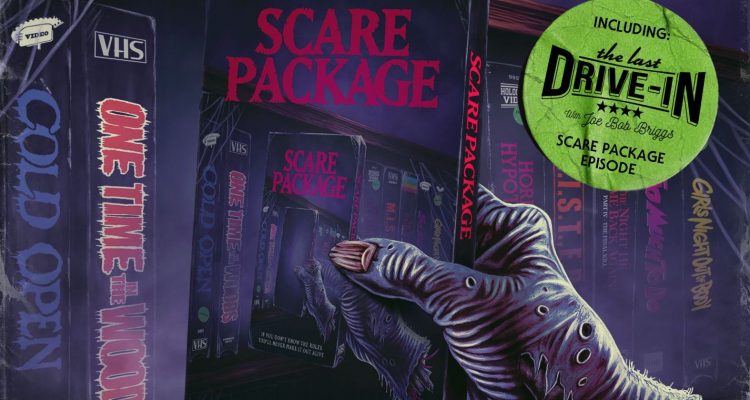 A not-so-traditional anthology horror movie with tons of malarkey, weirdness, awkward humor, and some kickass ideas, Scare Package is like a Mad Magazine version of Creepshow for the shoegazing film nerds out there.

Eight short horror-comedies wrapped up in one nice package.

An annoying, know-it-all horror buff tries to run through all sorts of horror trope scenarios and relay his experiences to his friend, but each situation gets more difficult for him to explain to strangers. Case in point: He approaches a house on Halloween, and tries to talk to two babysitters with wire cutters in his pocket and a shiner on his face, which leads to the accidental deaths of both babysitters at his hand (sort of). Then we segue into a video store with a huge selection managed by a deuchebag who ignores one persistent guy’s attempts to work there, while instantly hiring a newbie Asian guy who doesn’t seem all that qualified to work there. Within the video store, several short horror films spring forth, each with varying degrees of humor and gore quotients. One story involves a contagious flesh-melting disease cross pollinated with a story about a slasher killer. Another story involves a short-shorts-wearing chick and her friends who trap an unstoppable masked killer and try all sorts of methods to kill him, but constantly come up short. Other stories go weird like with a cult that brands a guy’s forehead and bury him alive, and when he resurrects with the mist, he possesses a woman intent on not having her favorite TV show spoiled, and thus begins an epic fight for the remote control. Another story concerns an emasculated guy who joins a masculine support group and ends up hunting werewolves. The video store wrap-around story gets super intense and bizarre when the manager of the place is incarcerated in an insane asylum where he and a bunch of other horror movie stock characters like a jock, a slut, and a virginal “final girl” are put into the same zone as a notorious masked killer and have to try to find a way to survive.

A not-so-traditional anthology horror movie with tons of malarkey, weirdness, awkward humor, and some kickass ideas, Scare Package is like a Mad Magazine version of Creepshow for the shoegazing film nerds out there. It sometimes works pretty great, but sometimes it’s just reaching for whatever it can grab and hope something sticks. I liked the overall effort and its energy, but I usually prefer my horror without the spoofery and tomfoolery. Joe Bob Briggs appears in a cameo towards the end. Directed by a bunch of folks, some of whom made or were involved with movies like My Sucky Teen Romance, Starry Eyes, and others.

Special features on the Blu-ray disc include a full episode of Joe Bob’s The Last Drive-In, a bonus short film, bloopers, commentaries, an alternate ending, and much more. 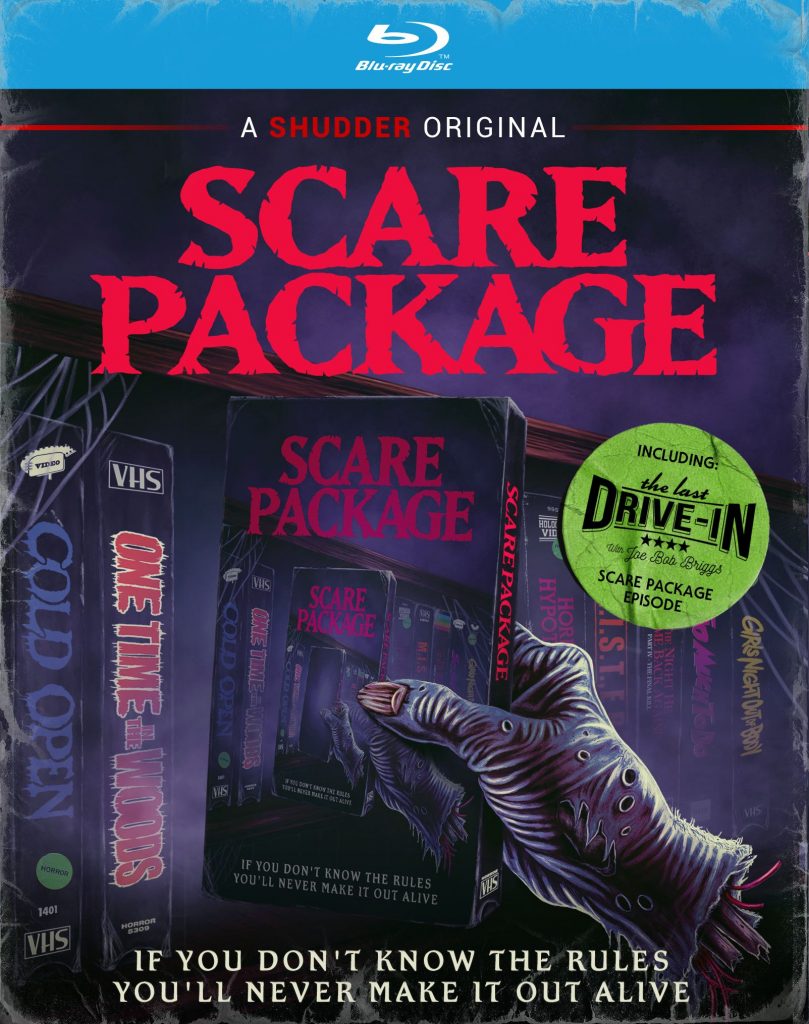