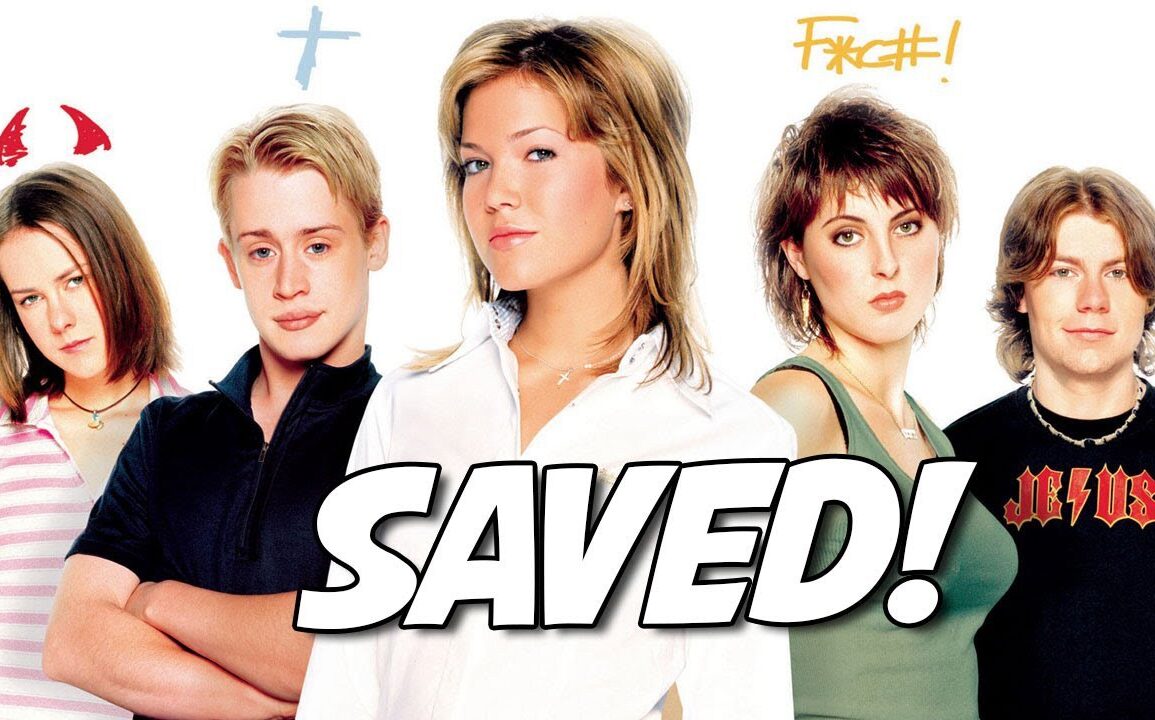 Plot: When a girl attending a Christian high school becomes pregnant, she finds herself ostracized and demonized, as all of her former friends turn on her.

Review: Hollywood has always unfairly misunderstood and misrepresented Christians. If Catholic priest characters aren’t exorcising demons, then they’re molesting kids. Protestants and other interdenominational evangelicals are generally cast as fanatics, cult leaders, or blind followers of a faith that might as well be leading them all off a cliff. It’s extremely rare for faith in Christ or Christianity to get a fair shake in secular movies, and the 2004 coming of age dramedy Saved! from writer/director Brian Dannelly sort of gets the ambience and part of the lingo of Christianity down, but as per usual for movies that portend to have an insider’s view of modern Christianity it never quite settles itself into the hearts of believers the way it should.

I’ve got no problem with the story because at least that’s honest: Young Christian Mary (Jena Malone) has one night of premarital sex with her boyfriend, who is struggling with his homosexuality. She becomes pregnant, and he’s sent to a Christian camp where they “deprogram” sinners. Left to her own devices and doubts, she spends the next school year (a Christian academy) hiding her pregnancy and coming to terms with what she believes and who her real friends are. Her former best friend Hilary Faye (Mandy Moore) is an ultra diva of the highest order: She is on a crusade to convert the one blaring unbeliever on campus, a rebel named Cassandra (Eva Amurri), who doesn’t hide her atheism. Hilary Faye is a tank. She runs the “it” crowd, stars in the school productions, and truth be told, she’s a hypocrite. Slowly, but surely, Mary crosses over into the unbeliever crowd, which also includes Roland (Macaulay Culkin), Hilary Faye’s disabled brother, who is in love with Cassandra. Mary does her best to avoid circumspection, but soon her secret is out, and the whole school is turned upside down – not to mention the very foundation of her faith, and so who can she turn to, if not God Almighty?

I see a lot of fear and confusion in the characters in Saved!, but since the film is disguised as a comedy, the tone of the film is uneven and uncomfortable. There are a few moments of truth here, and filmmaker Dannelly seems to have some familiarity with Christian schools and the Church-Speak that makes Christians sound like lunatics. “Praise Jesus!” is uttered several times in the film, but in all my years of growing up around churches and private Christian schools and having Christian friends and family, I’ve never once heard anyone say “Praise Jesus!” out loud.

It sounds loony, even to me. Ultimately, Saved! is about a girl who thought she was doing something right, did something wrong, and pays the ultimate price by having her faith deeply challenged and upended by the examples set before her. Anyone of unwavering faith in Christianity will look at this film and see glaring flaws in it. Anyone else might see it and enjoy it for its lampooning of the folks it pretends to understand.

Olive Films recently released a Blu-ray of Saved! which looks and sounds better than the previous DVD release from MGM. Special features have been included (imported over from the DVD, I believe) as well, including two commentaries by cast and crew, a featurette, and more.