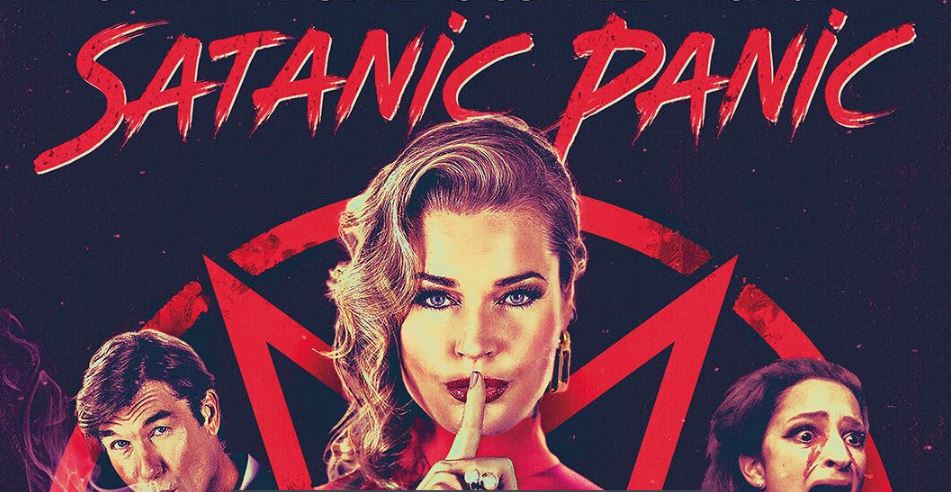 Satanic Panic Available on DVD and Blu-ray on October 22

RLJE Films, a business unit of AMC Networks, will release SATANIC PANIC on October 22, 2019 on DVD and on Blu-ray.  Written by popular horror author, Grady Hendrix (“We Sold Our Souls,” “My Best Friend’s Exorcism”), and directed by up-and-coming director Chelsea Stardust (Into The Dark’s All That We Destroy), the horror/comedy film stars Hayley Griffith (“The Loudest Voice”, “The Mysteries of Laura”), Ruby Modine (“Shameless”, Happy Death Day franchise), Rebecca Romijn (X-Men franchise, “Star Trek: Discovery”), Arden Myrin (“Insatiable”, “Shameless”) and Jerry O’Connell (Stand By Me, “Billions”). RLJE Films will release SATANIC PANIC on DVD for an SRP of $27.97 and on Blu-ray for an SRP of $28.97.

In SATANIC PANIC,  Sam’s (Griffith) first day as a pizza delivery driver is not going according to plan. At the end of a long day and not enough tips, her last delivery turns out to be for a group of Satanists looking for someone to sacrifice. Now in a fight for her life, Sam must fend off witches, evil spells and demonic creatures, all while trying to keep her body – and soul – intact. Starring Hayley Griffith (“The Loudest Voice”), Ruby Modine (Happy Death Day franchise), Jerry O’Connell (“Billions”) and Rebecca Romijn (X-Men franchise).

SATANIC PANIC DVD and Blu-ray include the following bonus features: