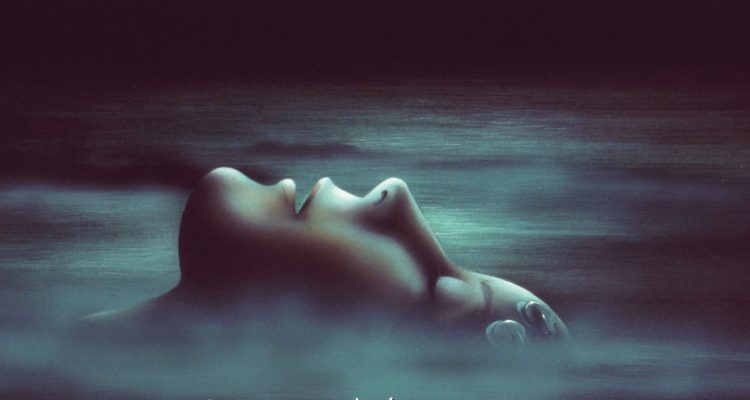 Nightwish is nothing spectacular, but it’s a fun little trip down horror movie yesteryear.

Plot: A professor and four graduate students journey to a crumbling mansion to investigate paranormal activity and must battle ghosts, aliens and satanic entities.

Review: Four grad students travel to a remote cabin in the desert to perform some experiments with an edgy, disgraced professor who is known for having had two former students die during his non traditional testing in the past. The professor is intent on achieving some kind of supernatural threshold with his students, who are willing to be chained up, mutilated, and / or killed to bring forth demonic manifestations, as per their professor’s mad desire. Turns out there’s a crevice under the cabin where ancient creatures – demons or aliens – have dwelled for who knows how long, and the scientific experiments awaken them and creep forth into the world once again. Perhaps there’s hope, though: Not all the students are willing to just lay down and take what’s offered; they’re willing to fight back, but by then, it may be too late.

A bit of Flatliners before there was such a thing, Nightwish is a pseudo-scientific horror film that cross-pollinates horror genres a bit, and once it gets gooey and icky, it never goes back. The special make-up effects are by KNB, which became one of the most prolific make-up effects teams in the business, and they’re still at it with The Walking Dead, amongst many other projects. There’s some nudity and sexy stuff to keep things a little interesting when the horror stuff goes dry, and at 92 minutes, the movie moves pretty fast. Brian Thompson has a goofy supporting role as a wanna be boyfriend to one of the female characters in the movie, and he meets a pretty gross fate and provides the movie with the biggest gross-out moment. Nightwish is nothing spectacular, but it’s a fun little trip down horror movie yesteryear. From director Bruce R. Cook.

Unearthed Classics brings Nightwish to Blu-ray as part of their special edition series, and it’s numbered #3 on the spine. It comes in a nicely restored 4K transfer, plus a commentary by the producer, trailers, a booklet, and a photo gallery. This is the perfect place to watch the film, as it makes its digital debut.