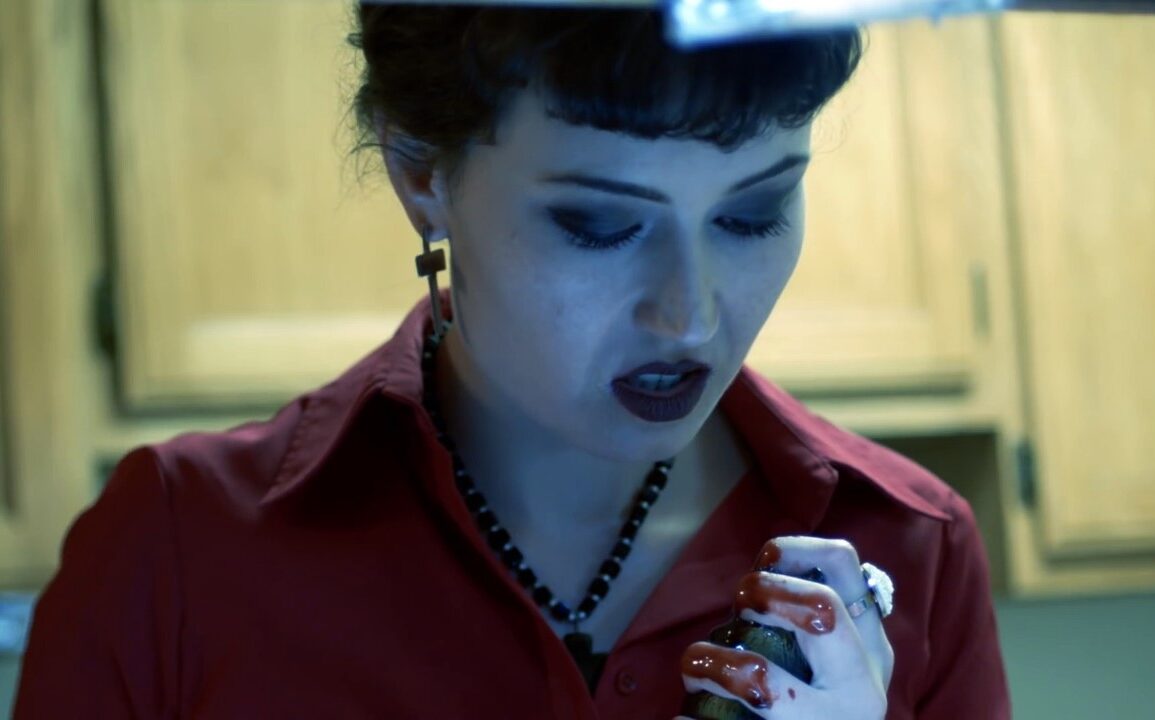 When three young women receive shocking videos anonymously, a nightmare is reawakened that ignites a thirst for bloody vengeance. They embark on a journey to locate the house, their sadistic captor and to discover the truth behind those locked doors. But, the most shocking revelation of this chilling tale is the identities of the victims.

Psychos comes from filmmaker Sandy Chukhadarian (Rome, Entourage) who we caught up with for this exclusive chat.

Where do you originally come from, Sandy?

I’m Armenian-born, American-raised, having planted my roots in the suburbs of Los Angeles, California.

When did the filmmaking bug bite you?

My father worked in the television industry as a repairman but also indulged in super-8 projection screenings around the house of Laurel & Hardy and cartoons from all over the world. I always saw detached TV sets and strips of film reels around the house and felt comfortable with the technical side. But, it wasn’t until I caught a black and white movie on TV called “Sunset Boulevard” directed by Billy Wilder, that the bug hit hard. I love old movies but Sunset Boulevard, also the name of my production company Sunset Blvd Films, did something else to me.

Did you start out doing shorts?

I did a short called Corpus Christa years ago shot on film but stopped filmmaking altogether because I was too immature to take on a massive project, overseeing something from beginning to end. Instead, I focused on post production to learn every and any skill to save money when I decided to resume filmmaking. Post production was a steady gig and allowed me to write while planning for the big project.

What was your first feature?

PSYCHOS is my first feature film that I wrote, directed, produced and edited.

Psychos is “inspired by true events” as stated on the cover poster. And, it most definitely is taken from recent events from the Cleveland abduction of three females who were kept in the same house for 10 YEARS. That’s mind-boggling! Insane! I simply can’t get used that idea of captivity. So, I decided on a different take on the story but from within the minds of these tragic characters…I decided that in my film “Psychos,” they would emerge TRIUMPHANTLY.

PSYCHOS is out this month from LeoMark Studios.