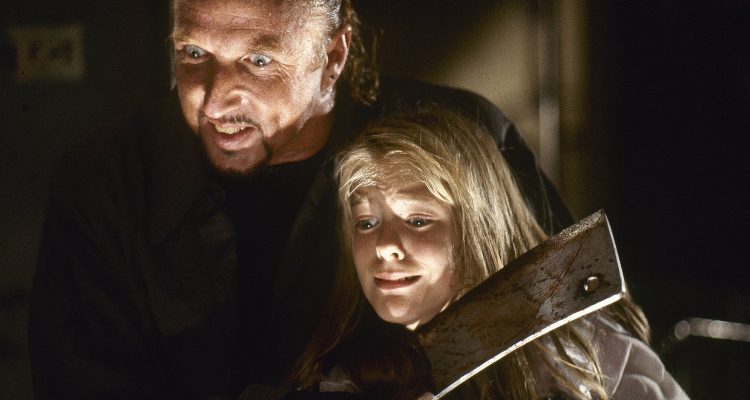 Plot: Detective McCarthy finally catches “Meat Cleaver Max”, a serial killer, who promises revenge during his execution. Nonetheless, a parapsychologist tells the detective that the only hope of stopping Max for good is to destroy his spirit.

I had heard about this film years ago mostly because it was supposed to be House III, but ended up being changed due to MGM wanting a new potential horror franchise.

What easily elevates this film to my overall rating are the 2 performances from our leads Lance Henriksen and particularly Brion James who’s clearly having a blast playing this character.

The story which is very reminiscent of films like Shocker and The First Power is somewhat interesting though you could tell how limited they were with the effects compared to those films but that didn’t hurt this film too much.

One thing that the film does lack is the direction by James Issac who while does create some decent tension unfortunately ruins that with cheap jump scares which takes you out of certain scenes and is very unnecessary.

Overall, The Horror Show is one of those films that is carried by the 2 leads and some okay tension, but does get bogged down by its use of jump scares and sluggish pacing at times.