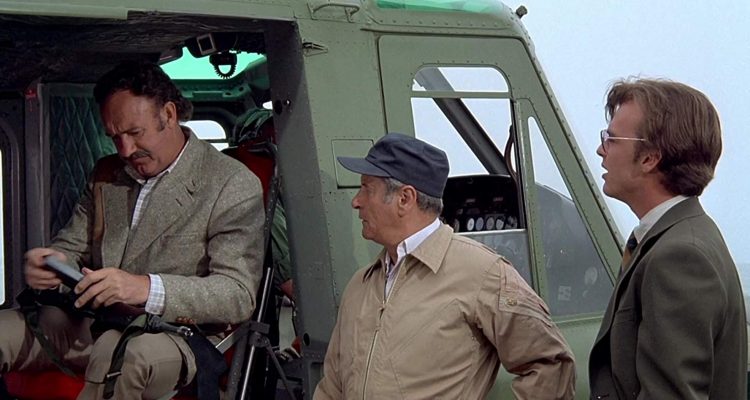 Plot: Prisoner Roy Tucker (Gene Hackman) gets an offer that’s too good to be true when a stranger called Tagge (Richard Widmark) visits him one day in jail, and says he can give Roy his freedom in exchange for agreeing to do an unnamed job down the line. Roy accepts and, after visiting his wife (Candice Bergen), is told the job is murdering someone. When Roy refuses to be a gun for hire, his wife is kidnapped, and Roy must find out who Tagge’s mysterious employers are before it’s too late.

This is one I stumbled upon when finding films of Gene Hackman to watch, I’ve always loved him as an actor, but didn’t see a lot of this early films, I’d never heard of this film until very recently and was intrigued by the premise, so I decided to give it a watch.

That ended up being a mistake on my part, cause this to me is easily one of his worst films to date, this was incredibly tough to sit through from start to finish.

First, let’s start with the story or lack there of, it barely hangs on by a thread, and certain plot points make no sense.

Second, certain scenes go on for way longer than they need to, which brings the film to a halt, and don’t work when you really don’t care about the characters as they are not developed (sans Hackman.)

Third, this feels like a made for TV movie, from the cinematography, to the direction which is very bland and lackluster.

The acting (with the exception of Hackman), is very bland and one note throughout, there wasn’t any standout performances besides him.

Lastly, there is absolutely no tension or suspense to this story at all, whatever was supposed to be intense falls completely flat.

Overall, The Domino Principle is easily one of Hackman’s worst films, with a poorly written story, bland characters, moves at a sluggish pace, and has lackluster direction.