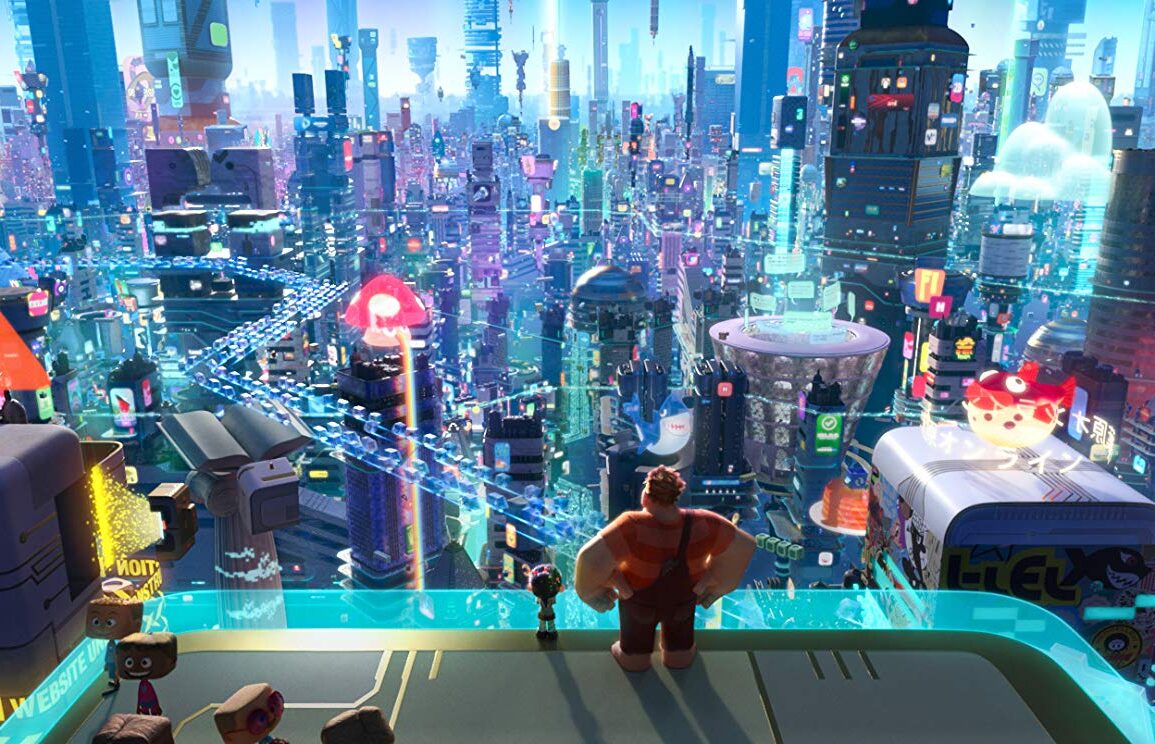 Ralph Breaks the Internet isn’t a patch on the original but it has enough entertaining moments, cameos and Easter Eggs for kids of all ages to enjoy.

Plot: Video game bad guy Ralph and fellow misfit Vanellope von Schweetz must risk it all by traveling to the World Wide Web in search of a replacement part to save Vanellope’s video game, “Sugar Rush.” In way over their heads, Ralph and Vanellope rely on the citizens of the internet — the netizens — to help navigate their way, including an entrepreneur named Yesss, who is the head algorithm and the heart and soul of trend-making site BuzzzTube.

Review: “Ralph Breaks the Internet” is the sequel to the beloved 2012 video game movie “Wreck it Ralph”. Disney has been on the sequel train lately, and when this was announced, I was excited but also a bit worried because the first movie broke down a lot of barriers and became an instant hit. Seeing video game characters in a Disney movie seemed impossible before this film. Thus making “Wreck it Ralph” an instant fan favourite movie.

“Ralph Breaks the Internet” opens up a few years after the first film with Ralph (John C. Riley) and Vanellope (Sarah Silverman) are living their best lives, but when Vanellope’s game breaks down and only have a few days to save it, Ralph and Vanellope head to the internet to save her game.

“Ralph Breaks the Internet” takes us away from the video game world we saw in the first film, and adds a new layer – this time it’s the internet. How the movie depicts the internet was probably the best part of this film. It was exciting to see everything come together in this world. How the users interact with different websites, from how sites looked, and even how the “dark side” of the internet interacted with users, it was a visual delight. I have to note, when you first see the internet, it’s filled with internet Easter eggs so keep an eye out!

The main cast of Wreck Ralph returns, with a few additions including Gal Gadot (Wonder Woman) and Taraji P. Henson (Proud Mary). There were times where I felt that some of the older characters like Fix-It Felix Jr. (Jack McBrayer) and Calhoun (Jane Lynch) were underused, and pushed to the side for the newer characters, which was a bit sad to see. A huge downside of the movie was Gal Gadot. Her voice acting was very subpar and really took me out of the movie, her scenes were supposed to be action packed and fun, but her acting was bland and took me out of the excitement.

The movie is PACKED with cameos; every single Disney Princess makes a cameo in this movie, which was exciting. There are moments where it was a bit of Disney going “HEY LOOK AT ALL THE PROPERTIES WE HAVE!” but it totally made sense. If you’re visiting a Disney site, you’re going to get 100% Disney. Just keep your eyes out, some of these cameos steal the show.

There are a few low points in the film, sometimes it felt as it was dragging on. It just felt that the story could have wrapped up a bit sooner. Maybe I just like movies under an hour and a half.

In the end, Ralph Breaks the Internet is about friendships, and how they survive some of life’s toughest moments. It’s a really wonderful message, which hopefully kids can use in their life. This movie also really shines a light on our online culture in which people now hide behind their keyboards. It has a great social message, which I hope resonates with the audience and make us question our online behaviour. If you’re a fan of the first movie, hopefully you’ll find some fun within the sequel.