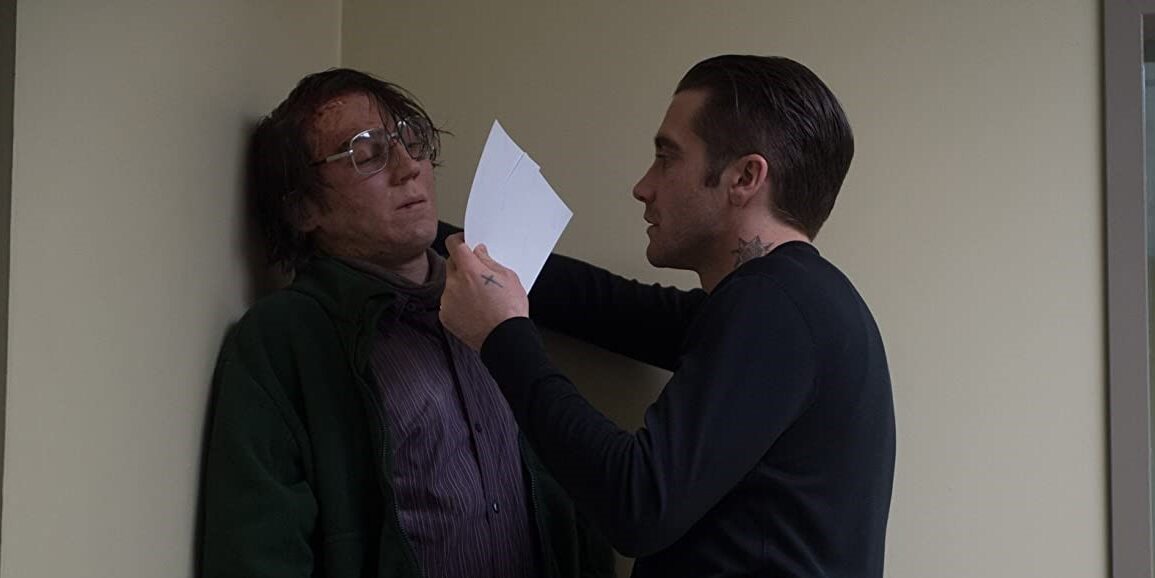 The 2.5 hour run time might turn some people off, but this is honestly one of the best overall thrillers that I have ever seen, with a terrific cast at the top of their games.

Plot: After his daughter is abducted, Keller Dover (Hugh Jackman) takes matters into his own hands, while detective Loki (Jake Gyllenhaal) investigates.

Review: To be honest, this movie didn’t really intrigue me when I saw the trailers for it. Oh, I know it has a terrific cast, and Denis Villeneuve is a great director, but it suffered from the same problem that a lot of movies do these days – the trailer seemed to give away everything. If I already know what’s going to happen in the movie, then there’s no sense in paying my fifteen bucks or whatever to get in and watch it, is there? Then, my father watched it and really liked it, which put it back on my list of movies to watch. Well, thanks to COVID-19, I finally sat down and watched it.

First of all, this is probably one of the best-acted movies I have ever seen – period. Jackman and Gyllenhaal are already two talents who are greatly deserving of some Oscar gold, and they really showed their stuff in this film. Jackman’s character walks that very fine line between sympathy and discomfort – you understand why he is slowly losing control and become immoral, but at the same time, you are horrified by his actions. I’m not one to gasp out loud or anything when I’m watching a movie, but when I saw his handiwork in this film, I felt compelled to do so. His frantic, violence-laden performance is genius.

Somehow though, I think he is outshined by Gyllenhaal, who, to me, is the highlight of the movie. If you’ve seen his other movies, you have seen what a chameleon he is, and this film is no exception. His slouched posture, dead-pan facial expressions and tics, how he dresses, the tattoos he is, his interactions with all the characters, it’s all a very nuanced, highly-conceptualized performance that is mesmerizing. Seriously, this guy is going to win a boatload more awards before he’s done.

The rest of the cast is equally great. Viola Davis brings such a presence to her role, such quiet strength, she stands out in the room no matter who she’s interacting with. The interplay between her and Terrence Howard, who played her husband, was certainly unique as it was a role-reversal – Viola played the more stoic, traditional paternal role, while Terrance Howard was emotional and took more of a backseat to his wife. The switching of the conventions came out of nowhere, and it was fascinating to watch play out.

The other two members of the cast, Paul Dano and Melissa Leo, were outstanding as well. I am stoked to see what Dano brings to the role of the Riddler in the next Batman movie; his character in the film was completely out in left field, a damaged, barely functional young man. Leo, as his aunt, seems like a throwaway part, but she brings such depth and subtlety to the performance, that her talent rises the part to places it shouldn’t go.

This movie is long – over 2 and a half hours, and at points, you’re going to wonder if there is a justification for the elongated run time. Let me just say, without giving anything away, that this is one of those films where everything happens for a purpose and you have to pay attention to everything – not only the dramatic ups and downs of the character arcs but every scene and scrap of information informs part of the story. There’s no wasteful filler in this movie, just a densely layered thriller that will leave you wondering what the hell is going to happen next.

The movie was nominated for its cinematography, and when you see it, you’ll know why. The film is set in Pennsylvania (shot in Georgia), and it’s gloomy, oppressive; usually, it’s raining or snowing, and there’s no cheerfulness, no light. The issues in this movie, the subject matter, the subtext, it’s not a joyful exercise, it’s a grim slog. It also underscores the working-class element of the characters – there’s no Hollywood glitz or glamour with this film, which just adds to the realism of the story.

Overall, this is one of the best-acted, best-filmed, and best-scripted thrillers I have ever seen. If you are a fan of these sorts of movies, then this is definitely one to watch – however, I’m going to warn you, it’s not going to be a pleasant ride. If you’re going to want something to lift your spirits during this time, pick something else. This one is for the people who want something more from their thrillers, which I think it delivers in spades.