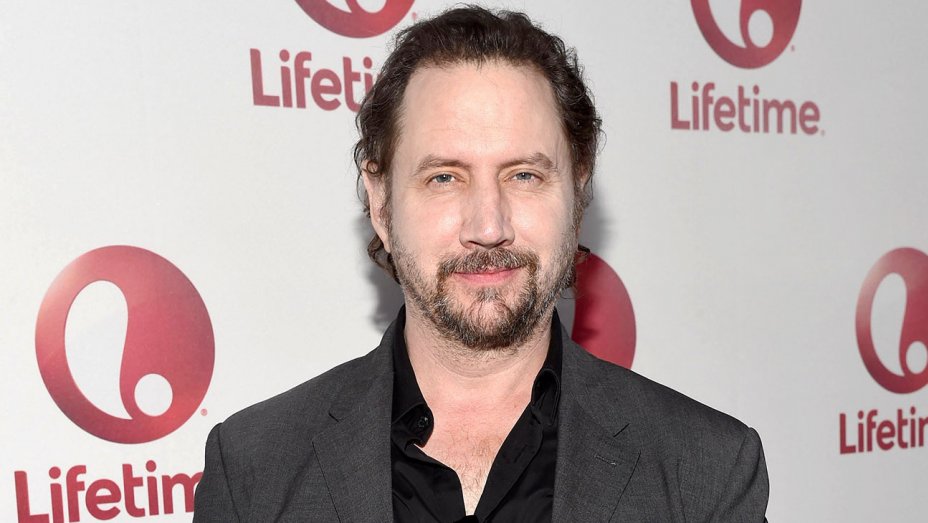 Jamie Kennedy will always have a place in horror movie history because of his role as film fanatic Randy Meeks in Wes Craven’s iconic slasher franchise SCREAM. It was the first time a character ever laid out the unspoken rules of a horror film that every true fan of the genre knew by heart. Kennedy nailed this iconic moment in the first film, making his character a beloved surrogate for horror audiences. Whenever the series and its importance to the horror genre is discussed, his contributions are almost always part of the conversation.

Since his final appearance as the character in SCREAM 3, Kennedy has continued to have a long and varied career in television, film, and live performing that has lasted three decades.

His latest project brings him full circle back to the horror genre with a new slasher film, fittingly from frequent Wes Craven collaborator Patrick Lussier, titled TRICK.  The film tells the story of a small North Eastern community that is being terrorized by a seemingly supernatural killer.

Jamie Kennedy plays the small, but pivotal role of “Dr. Steve”, the community’s local physician, in the film. He and I spoke recently about TRICK, his standup, how he feels about online criticism, and more.

The below interview contains mild spoilers for TRICK.

What got you interested in being a part of TRICK?

Well, I just love [director] Patrick [Lussier] and his films. I love Omar Epps, and I love Tom Atkins. I’m just so happy to be working on something that’s good, you know? I always have a real soft spot for horror, because horror got me started. I also think horror fans are the most passionate fans. So it’s really great to be a part of it and to be able to be in a new franchise, which I think this is going to be.  I feel very lucky. 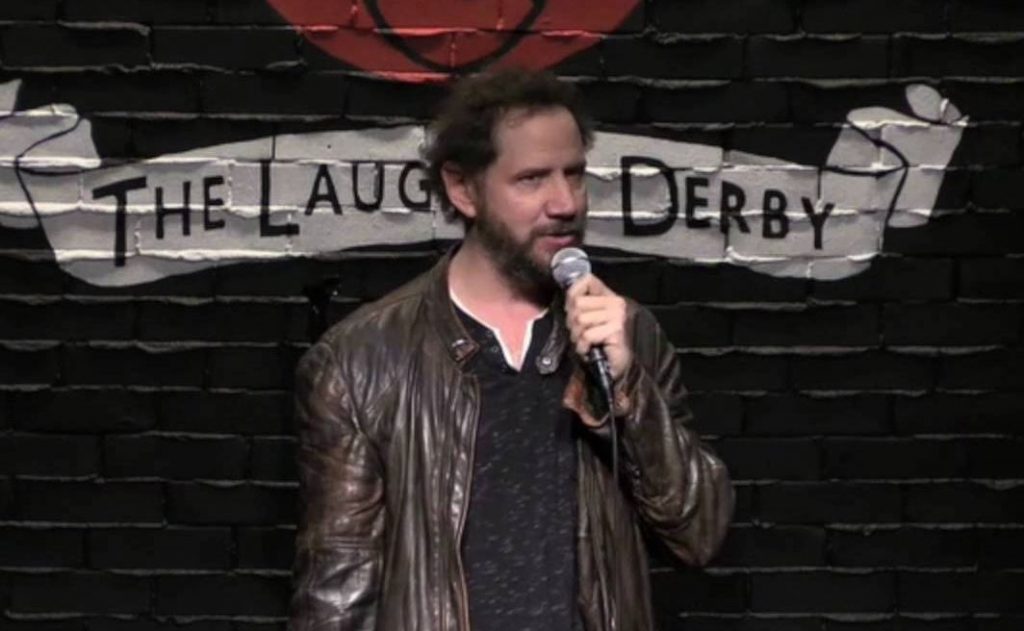 Speaking of TRICK’S potential as a franchise, the film ends with you as one of the surviving cast members.  Has Patrick Lussier talked to you about possibilities for the franchise yet?

You’re role in TRICK as “Dr. Steven” is a very different kind of character for you. How did it feel to get to branch out from what you are known for as a performer?

I welcomed it. I was so excited to be able to play something that’s not what I normally get to play. The character’s not really funny, and he’s more serious, … darker. So I thought, “Oh this is going to be good for me, you know?” So I was excited about that for sure.

You have been a touring stand-up comedian for years. How has all your time doing live performances affected your approach to acting?

Are there any challenges to being a touring comedian and a working actor simultaneously?

I don’t know if it’s really anything hard. It’s really great honestly. I love it. You know, I just did a movie for three weeks and then, I just finished one literally two days ago. And I was on the road before that and now I’m going to be on the road again after this week I have off. I’ll be back on the road for a month. So, it’s beautiful to be able to jump back and forth between them. I love doing both of them. They’re both very wonderful art forms. Movies are their own beast, which are hard. But like I said, stand up is amazing and you live and die by yourself, where a movie you have a lot of help. So it’s not as scary to me. 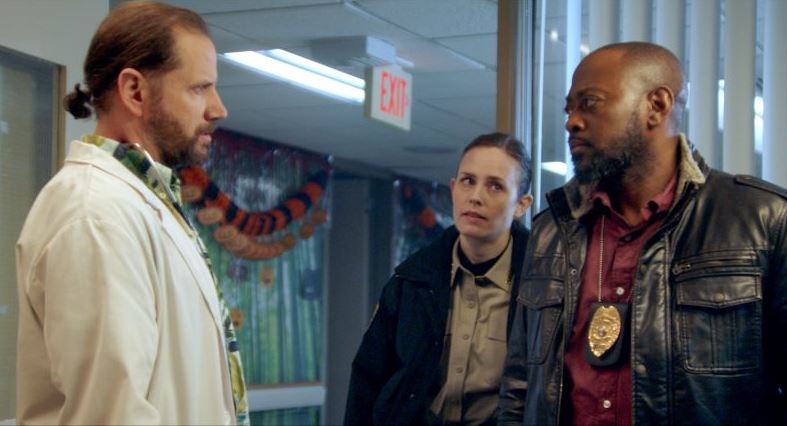 You are a performer who has had success in both horror and comedy. So I was wondering, what makes you laugh and what frightens you?

What makes me laugh? I would say probably real things in life, people. There’s some good YouTube videos out there. People falling down, slipping, stuff like that. Real people’s foibles that cracks me up.

…And what scares you?

Oh I think any movie with supernatural forces. They’re scary, because the human ones you can run from … supernatural ones, those are the ones that you can’t explain. Those are scary [to me].

What is your favorite horror film?

I would say probably THE EXORCIST is up there. That’s one of them. Halloween’s up there, too.

CADDYSHACK is amazing too. I’d have to think about it. It’s too hard to pick one.

You did a documentary several years ago about heckling and criticism (2008’s HECKLER). At this point, your career has been very lengthy. You’ve dealt with successes, failures, and a lot more criticism. How do you feel about the subject of critics and criticism today in 2019?

I have gotten better at it… The world is much more critical now than it was 12 years ago. Everybody has an opinion. Everybody argues. Everybody wants to cancel each other. So, it’s crazy. I think doing that movie taught me many things. And one of the things it taught me was, consider the source, who’s criticizing you, why are they criticizing you. And then, if it’s constructive criticism, it’s great. That helps. But if it’s just like blind hate, that doesn’t do anybody any good.

I think the internet, and especially social media, has really muddled that. You have to really pay attention to find the strong voices who are doing positive, constructive criticism.

Yeah. People who are too busy doing things don’t have time to criticize other people. There are people out there that want you to get better. That’s one type. But then there’s a lot of other people that just ask “why you?” It’s easier to tweet than it is to do something. Tweeting takes a second. Doing something takes a lot more.

That is very true. As we wrap up, are there any thoughts you would like to leave our readers with?

Yeah. I think if you like horror movies, you should go see it this weekend and give us your feedback, … tell us if we have stumbled onto a new franchise.

I certainly think you have, Jamie. I watched it a couple weeks ago and thought it was a lot of fun. I hope to see more of it, and I hope you’re involved. Thank you for taking the time to talk to me today.

Thank you. I appreciate it, brother.

TRICK is out now in Theaters, On Demand and Digital HD.