Two crazed lovers kidnap a young couple and plan to kill them in a Santoria ritual, but things get complicated when the DEA get involved.

Perdita (Rosie Perez, never sexier) is an unhinged woman looking for the most unpredictable path she can encounter, and when she meets the charismatic Romeo (Javier Bardem) on the US / Mexico border, it’s kismet of the wildest kind. Romeo just robbed a bank and has thugs after him, but it only turns Perdita on, and together they go on a crime spree quite unlike any other. On a whim they kidnap two young American teenagers (played by Harley Cross and Aimee Graham) and gleefully plan to rape and sacrifice them in a bizarre Santoria ritual, but when that plan backfires during a DEA raid, they take their hostages on the lam and get mixed up with a dangerous crime lord (played by Don Stroud) who demands that Romeo be executed for botching a robbery of a truck full of human fetuses. And it only gets stranger from there.

A one-of-a-kind erotic crime film the likes of which I’ve never quite seen done on such a slick level before, Perdita Durango is a rollercoaster ride with some staggeringly violent and unsettling scenes that add to its bizarro factor. Perez and Bardem are a match made in movie heaven, and Bardem showed what a virtuoso he was even at this early stage in his career. It’s literally impossible to not watch him do his thing in this film. Based on a book by Barry Gifford, which is technically the prequel to David Lynch’s Wild at Heart, this motion picture is glossy, stylish, gory and sexy as hell, and has a relentless, drug-fueled demented madness that permeates every moment. Director Alex de la Iglesia manages to inject a hyper drive sense of adrenaline and verve to the film, and it never lets up, even at an overlong 130 minutes. This film will most certainly not be for everyone, but it’s a great find and destined to become (if it hasn’t already done so) a cult classic.

Severin Films has just released a 4K Ultra HD / Blu-ray combo of Perdita Durango, and the film simply looks amazing with sparkling colors and clarity. They packed the discs with tons of bonus features with interviews, on camera appraisals, and enough material to keep you sifting for a few hours. This film had previously been released in a botched version in the US as Dance With the Devil, but Severin presents the film in its uncut version. 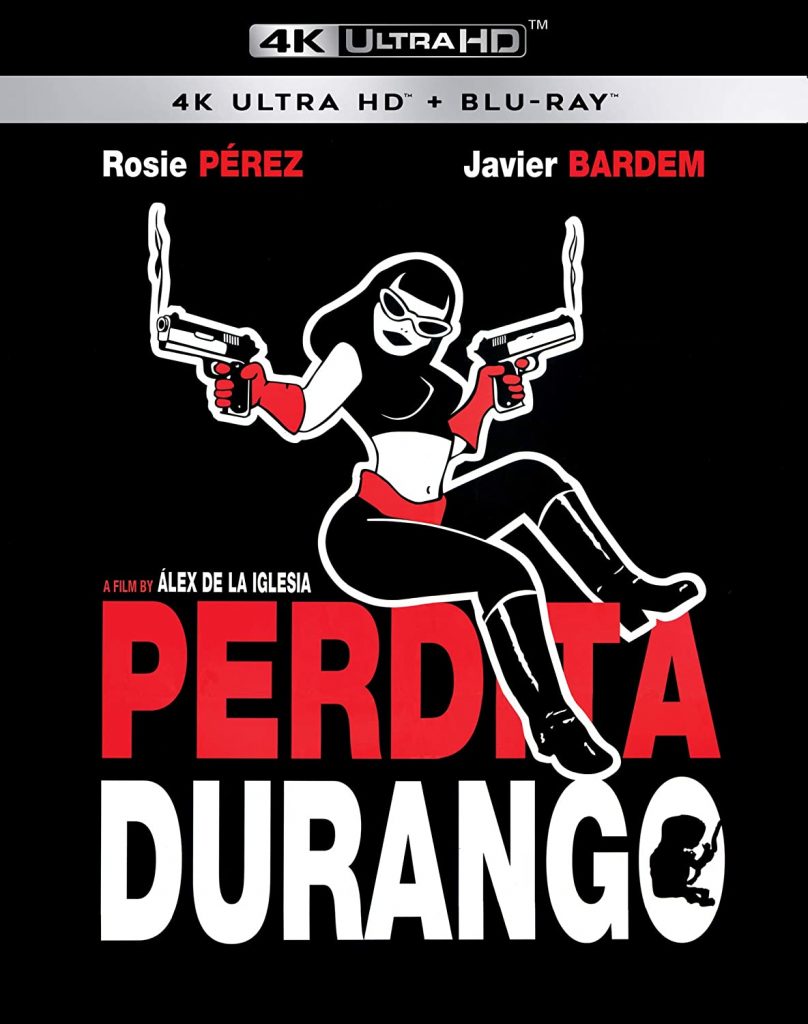