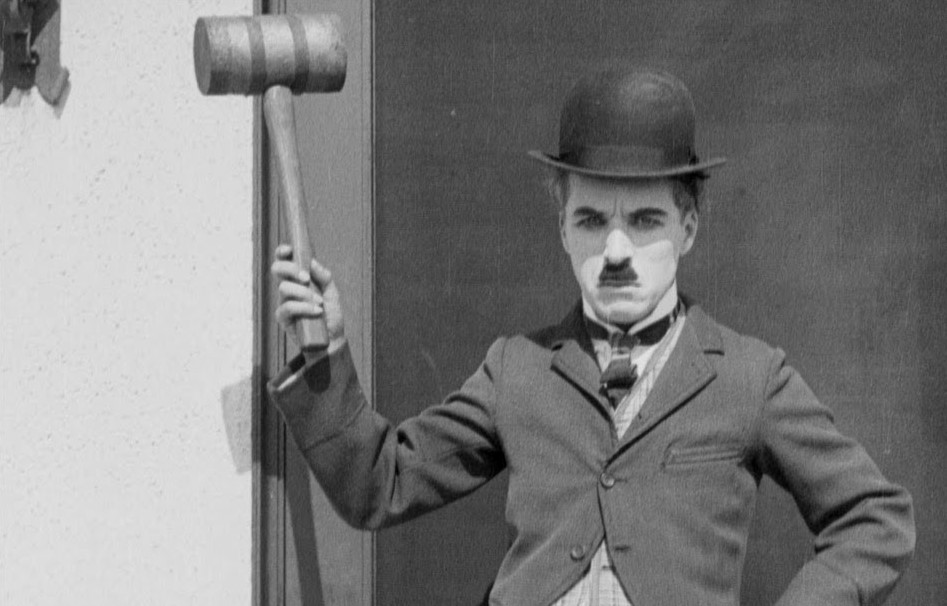 Much has been made of the life of Sir Charles Spencer Chaplin. I will spare you the details of his personal life – they already made a movie about that subject, titled Chaplin. Instead, let us look at the man as a comedian – and what a comedian he was. Chaplin was the prototypical physical comedian. Without the use of sound to tell jokes or to have ridiculous noises and cues to signal the absurdity of the scene, the man who immortalized the tramp character needed to rely on visual reactions to get his share of laughs.

No film puts these skills on display more than The Circus. Here, we have Chaplin at his exaggerated finest. This is no more apparent than at the beginning of the film when he’s being chased by the police (a situation Chaplin’s tramp character seemed to find himself in quite a bit). The bit when he and the pickpocket are pretending to be a life-sized cuckoo clock is hilarious. It’s one thing to emulate the device’s clockwork figures’ robotic nature – it’s another to take such embellished glee in the charade.  The tramp also takes undue advantage of the situation and gives his quarry, the pickpocket, more than his fair share of whacks with his club, which heightens the hilarity.

Another example of Chaplin at his pantomime best is the legendary boxing match seen in City Lights. Desperate for money, the tramp character agrees to fight a boxer of average build in a fight that they agree to fix and split the earnings. When his opponent is disabled, he, of course, draws a larger fighter who refuses to fix the fight, resulting in the tramp resorting to using every good luck charm in existence (until he sees the end result of another fighter who employed similar tactics – then he takes it all back). The fight itself is choreographed spectacularly, with the tramp using multiple tactics to outwit his foe – my personal favourite is when he hides behind the referee undetected, resulting in the official unknowingly squaring off with the tramp’s opponent. While the end result of the fight is apparent, the journey to get there is a ridiculous gutbuster.

Who can forget Chaplin in the classic Modern Times? The scene where he is the guinea pig for a new type of contraption that feeds the workers for themselves (therefore increasing worker productivity), of course, goes horribly wrong to hilarious results.  The look of both surprise and horror on Chaplin’s face as the machine goes out of control is mime work at its finest – it truly takes skill and adeptness to convey a thousand words in a mere look, and no one was better at that than Chaplin. It was the same look on his face when he inexplicably gets his supervisor trapped in the jaws of the machine and tries to help the man – by feeding him his lunch.

When sound came into film, a lot of the silent-era actors struggled. None of them had to worry about how their voices sounded, and I’m sure some of the audiences who saw the first talkies were disappointed in the results. Chaplin, however, seemed to reach his pinnacle at this time, as he starred in The Great Dictator. The inclusion of sound allowed him to broaden his comedy, throwing in vocal bits of ridiculousness (such as Hynkel’s fevered yet incoherent speeches) as well as his trademark physical hijinks. More than any of his works, The Great Dictator proved the remarkable depth of Chaplin’s talents, as he effortlessly entertained throughout the picture, despite this curveball the medium threw him.

So, here’s to the great Charlie Chaplin, a genius both in front of and behind the camera. His acrobatic, absurd physical comedy is legendary, and even the introduction of the talkies did not deter his greatness. I doubt we’ll ever get another like him, a master of multiple forms of comedy, all sewn up in a waddling, umbrella-twirling package.