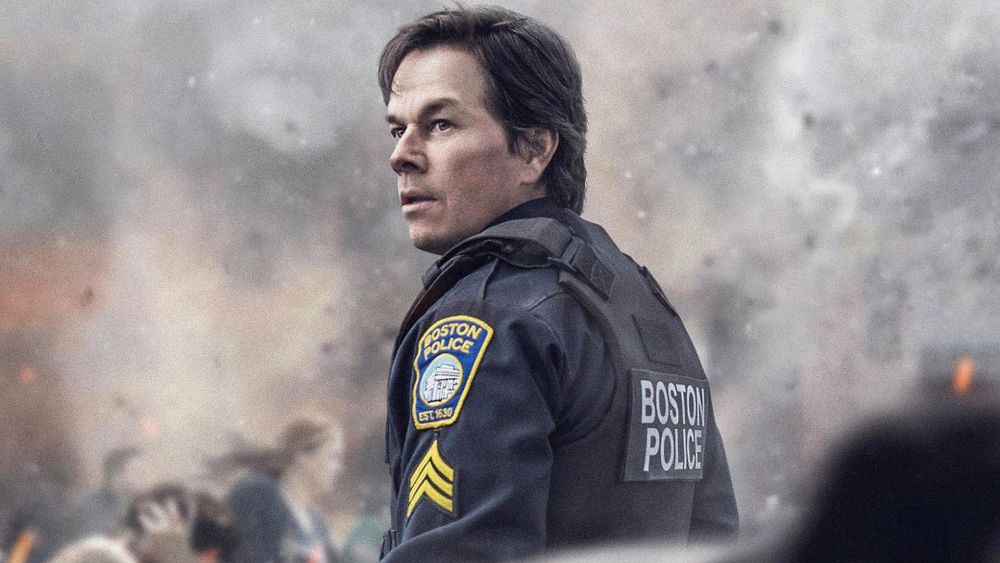 Patriots Day deserves your attention with some stellar performances by the cast and tension that will have you grinding your teeth until the end credits role.

Plot: The story of the 2013 Boston Marathon bombing and the aftermath, which includes the city-wide manhunt to find the terrorists responsible.

Review:  Patriots Day has been getting fantastic reviews from the majority of critics and it’s easy to see why; Mark Wahlberg gives a career-best performance in this harrowing and incredibly moving tale surrounding the 2013 Boston Marathon terrorist attack.

It expertly builds up the tension as we are introduced to each of our main characters leading up to that fateful day and despite being 2 hours long it never drags for a second.

After the first half of building up the characters the bombing happens and the rest of the movie is almost unbearably intense and will have you on the edge of your seat until the very end. I should warn you that you will likely shed real tears by the credits because the memories of this horrific attack are still very raw and the interviews with the survivors are heart wrenching as their lives were changed forever.

It manages to remain respectful to everyone involved but the performances by Alex Wolff (Dzhokhar Tsarnaev) and Themo Melikidze (Tamerlan Tsarnaev) as the two terrorist brothers are pretty terrifying, especially Tamerlan who was the real mastermind behind it and clearly utterly insane.

The supporting cast includes Kevin Bacon and John Goodman who as always are fantastic but one of the best moments is when Mark Wahlberg breaks down in front of his wife after witnessing the bombing; he can barely stand the horror of what he saw and it is one of his most vulnerable and emotional pieces of acting to date.

Jimmy O. Yang nearly stole the entire movie though as Dun Meng, the student kidnapped by the terrorists; he portrayed such innocence and likability that you were desperate for him to escape.

The shoot-out between the police and the bombers is exceptionally well executed and creates the chaos that must have been felt that day very well.

Is it a movie I would watch again? Probably not as it’s all a bit too recent and not a movie you enjoy but overall Patriots Day deserves your attention with some stellar performances by the cast and tension that will have you grinding your teeth until the end credits role.