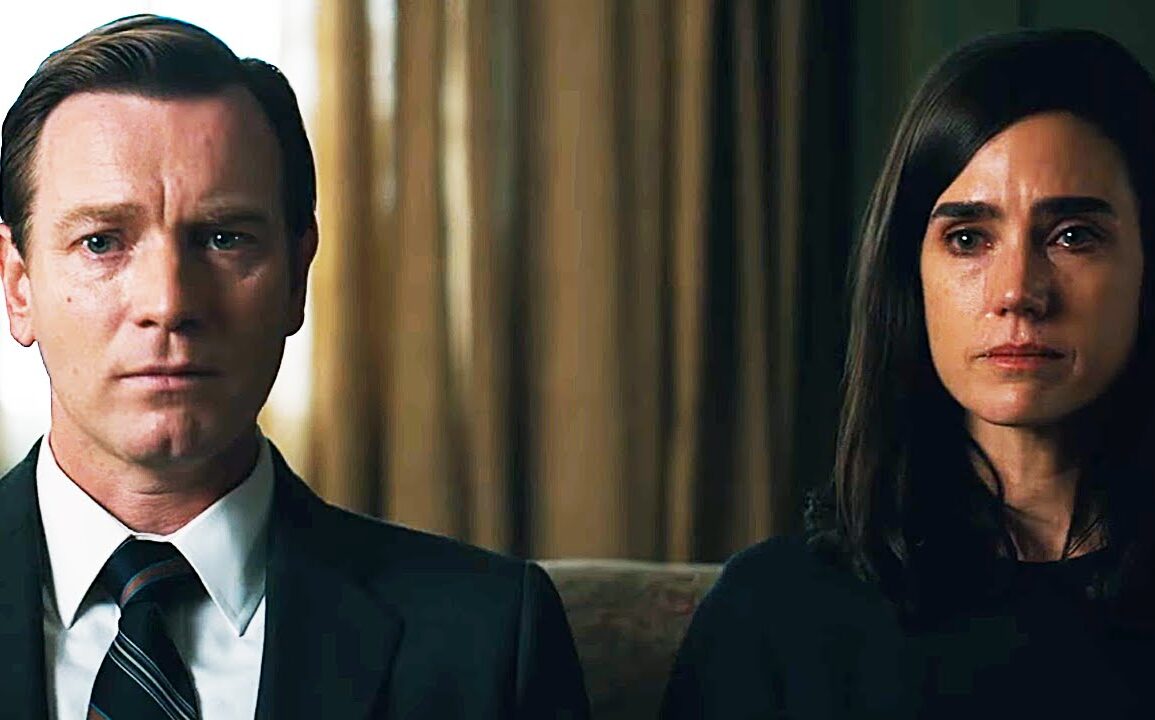 Plot: An All-American college star and his beauty queen wife watch their seemingly perfect life fall apart, as their daughter joins the turmoil of ’60s America.

Review: Life seems great for Swede (Ewan McGregor) and Dawn (Jennifer Connelly), a picture-perfect couple in the 1950’s. He was a star athlete turned wealthy businessman, and she a beauty queen, and life’s trajectory seems poised to climb, but the first telling sign that everything isn’t quite as perfect as they’d wished is that their daughter Merry develops a debilitating stutter as a little girl. Merry is bright and beautiful, but soon becomes a free thinker, and later as she grows up into a teenager (played by Dakota Fanning) she has become a spiteful, defiant young woman intent on causing her parents untold grief as she develops an intense hatred of them after joining revolutionary groups outside of school. Shirking her graceful, blessed upbringing, she throws her entire future away by becoming the prime suspect in a post office bombing that has the whole town – and the entire nation – on edge. Merry goes hiding underground with a group of “revolutionaries” protesting the Vietnam War and the entire American establishment, leaving her heartbroken parents in a deep funk that slowly begins to unravel their marriage over the course of several years as they struggle to make sense of their daughter’s actions and disappearance. Swede spends years trying to track his daughter down and eventually finds himself at the dark, twisted rabbit hole where the girl who used to be his daughter – but now has become an emotionally ravaged and unrecognizable woman – has been hiding.

Shockingly depressing and surprisingly layered for a drama that I had little expectations towards, American Pastoral is notable for a number of reasons, not the least of which is that it marks Ewan McGregor’s directorial debut. It’s also a very prevalent theme right now in our world where young women are being lured to join the dark dregs of ISIS, or other groups that take advantage of the innocence or ignorance of those wishing to offer their services. Co-Star Dakota Fanning does a mesmerizing job of playing this character that by the end of her journey has become as foreign to her father as she would be to you as the viewer. She’s essentially a helpless cause, and it’s devastating to watch. The movie is well shot, paced, and scored (by Alexandre Desplat), but it was quietly released to theaters late last year and slipped through the cracks. Lionsgate’s DVD / Blu-Ray / Digital HD combo pack will hopefully go a long way to reaching its intended audiences, which should be families and teenagers willing to look themselves in the mirror and see if they find themselves staring back.