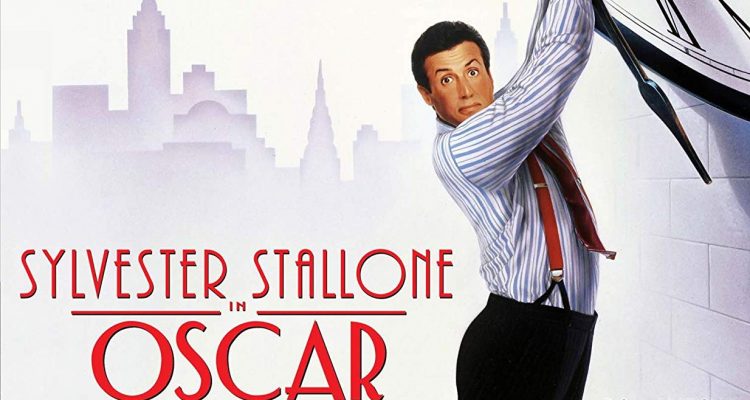 It takes a little while to get the engines running on this one. Anyone looking for Stallone to go into action mode will be disappointed.

Plot: A gangster attempts to keep the promise he made to his dying father: that he would give up his life of crime and “go straight”.

Review: Bad gangster gone straight “Snaps” Provolone (Sylvester Stallone after Rocky V and before Stop! Or My Mom Will Shoot) is having an incredibly frustrating day: The cops are camped outside of his mansion in their stakeout hidey holes, hoping to catch him in the act of breaking the law, and his daughter (Marisa Tomei) informs him that she’s pregnant with the chauffer’s baby. This last bit throws him for a loop, but when his bookkeeper (Vincent Spano) informs him that he’s been stealing tens of thousands of dollars from him – for the sole purpose to give to his daughter when he marries her – Snaps looses it. All of this is news, of course, to Snaps, who has been clueless to the fact that everything important has been going on around him and behind his back. But that’s not all! Another woman claiming to be his daughter shows up, and it’s she whom his bookkeeper is actually in love with, which leaves Snaps in a whirlwind of confusion. Just who has his real daughter been spending time with, since the chauffer hasn’t been seen in weeks? Snaps makes it his top priority to find his daughter ASAP and put the pieces of his life back together before some bankers show up to offer him a position on their board of trustees. But did I mention the bag of jewels, the bag of cash, the bag of lady’s underpants, and the linguistics professor (played by a hilarious Tim Curry) who shows up at just the right time to add to an already full comedy of errors?

Stallone was going through an interesting and challenging period in his career when he made Oscar, which was based on a play. The role is just right for him, and he handles it well, but audiences weren’t so quick to get on board with him for comedies the way they were when his biggest competitor at the time Arnold Schwarzenegger tried his hand at comedy around the same time. Stallone never strikes anyone (but he gets smacked around a bit by Kirk Douglas, who plays his father) or picks up a gun (he does pick up a drumstick), so this was a big departure for him. He fared much better here than he did in Stop! Or My Mom Will Shoot. This was directed by John Landis, and features a great cast of supporting character actors.

Kino Lorber’s new Blu-ray release of Oscar is a welcome release. This was previously available on DVD from Touchstone, but this release features a nice, crisp high definition transfer. Also featured is an amusing on-camera interview with director Landis.