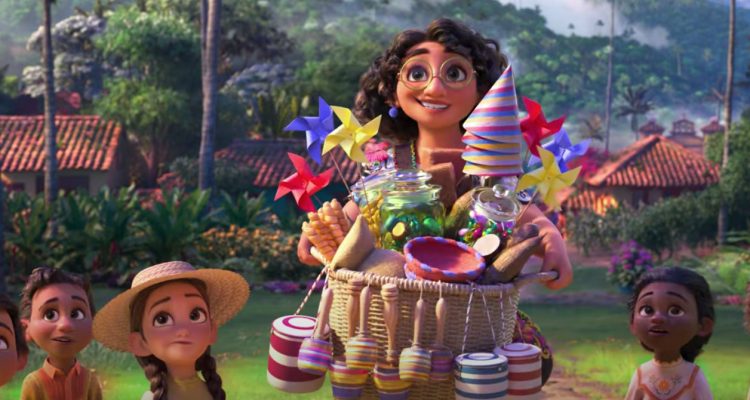 Disney’s latest animated film is a must-watch – Encanto is vibrant and magical, with visuals that will undoubtedly capture your eyes, just as much as the characters will enchant your hearts.

Plot: Deep in the Colombian mountains, the Madrigal family lives in a magical house with every child bestowed a magical gift – all except one. When ordinary Mirabel discovers her family’s magic is under threat and she may be their only hope left, she does everything she can to save her loved ones.

Review: Encanto is reminiscent of every feel-good wholesome Disney film that has come before – and much more. Lin-Manuel Miranda’s (Moana, In The Heights, Hamilton) signature musical touch is just as vibrant and catchy, adding yet another successful Disney credit to his name. Some of the upbeat songs really helped moved the story along, all while feeling natural and fun.

What Disney does exceptionally well is how powerful they can turn a simple story formula into something that audiences will fall in love with over and over again. With Encanto, directors Jared Bush and Byron Howard truly capture what it means to be part of a family, and their extravagant, unapologetic way of portraying the Madrigals is what makes this film so incredibly special.

The movie follows Mirabel Madrigal (voiced by Stephanie Beatriz), as she navigates her life being the only child that did not inherit magic. Unsurprisingly, Mirabel is the heart of this film in all her ordinary glory. Her gift is her unequivocal love for her family – despite being the black sheep of the house, it’s so easy for viewers to fall in love with her. Coming from a big family myself, it’s so fun seeing all the Madrigals trying to live, eat, and sleep in one house – it’s pretty impressive for Mirabel being so patient and empathetic with everyone.

The visuals in Encanto are to die for. Set in an enchanted town in Columbia, it’s the colors that truly encapsulate the viewers’ attention to the point where it’s simply impossible to look away. The Madrigals’ enchanted house is also worth a special mention as it felt as if it were a real character too.

Overall, Encanto is an enchanting film that stuns the eyes as much as the hearts of audiences. Disney impresses yet again with this one – a film worth seeing with the family.