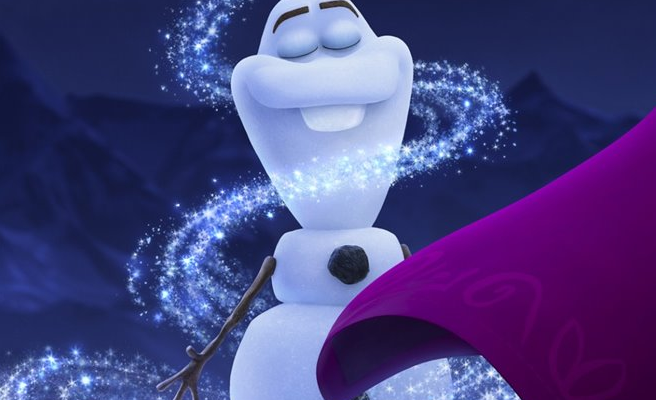 Once Upon A Snowman is Disney’s latest installment in the form of a short film, an unsurprisingly cute origin story for our beloved Frozen character, Olaf.

Plot: Frozen’s favorite summer-loving snowman, Olaf (Josh Gad) is back in this previously untold origin story. The film follows Olaf’s creation and his first steps as he searches for his identity in the snowy mountains outside Arendelle.

Review: While viewers are given a tiny little glimpse of how this snowman came to be, this Frozen short captured the same warmness that Disney is known for.

Like his previous appearances, it’s Olaf’s (voiced by Josh Gad) charming naivete that makes him so genuine and fun to watch. As he takes his first snowy steps into the world, right away Olaf longs to find his identity – naturally, with the help of a few characters he graciously stumbles upon.

Watching this short 8-minute film only made me want more out of the Frozen world; it was definitely a nice addition especially for fans of the franchise – every bit as fun and tender, with an ending that perfectly fills the heart with joy.