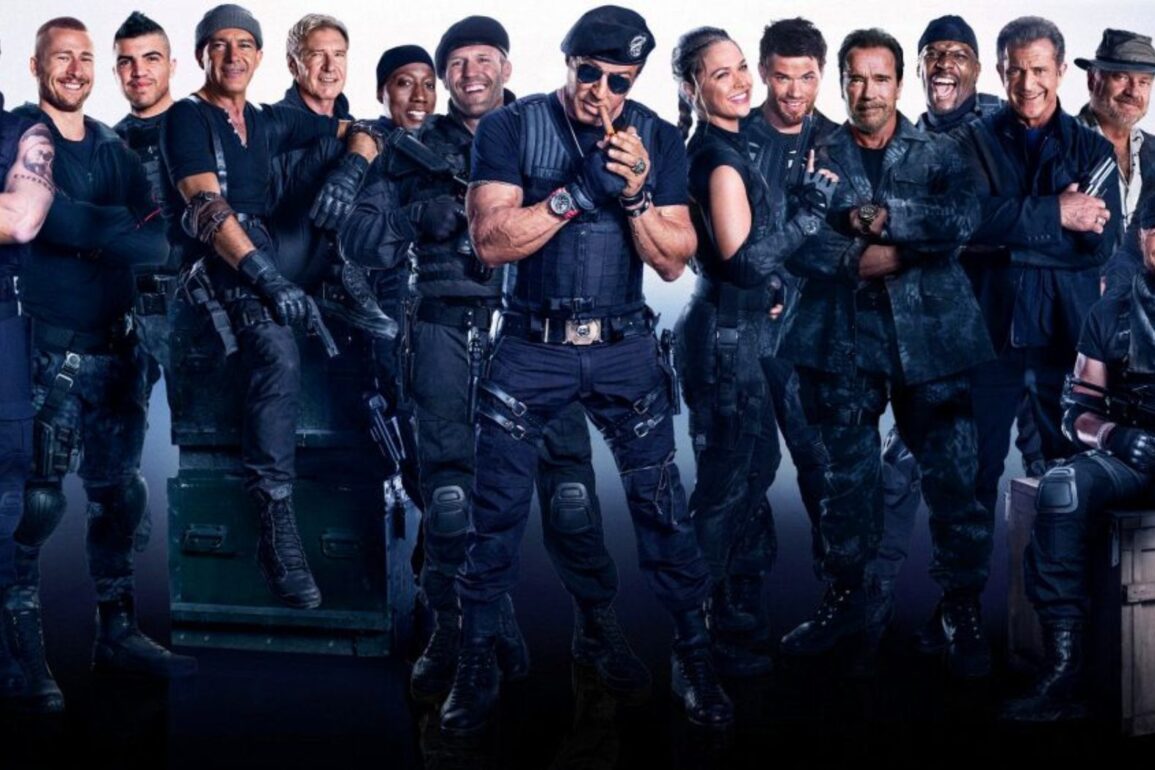 Not Everything Has To Be Kid Friendly

I haven’t done many blogs recently due to ill health but I am feeling much better now and feel the need to have a little rant.

With the disappointing news that The Expendables 3 will be PG-13 it got me thinking what a sorry state of affairs we’re in. I remember saying this when they announced Ex 2 was going to be PG-13, after the fans went crazy they quickly added a few more pieces of CGI blood and reshot a few scenes to make it more adult friendly.

I’m pretty annoyed that I have to write this kind of blog AGAIN but I really feel I should.

For those who say “It doesn’t matter if it’s rated PG-13 as long as it’s a good movie”, actually it kinda does.

Yes, we want the movie to be high quality but also, the whole point of The Expendables series is a throwback to old-school action movies where our heroes would break necks, explode heads and wipe out legions of bad guys with large guns. The first two Expendables movies even felt a little watered down due to CGI blood in places and I was hoping that they would perfect the formula for Part 3.

During the action heyday of the 80’s, the majority of movies were marketed towards adults and rated R and nobody complained.

The Expendables is a series of movies that is targeted towards THAT audience. I don’t want to sit in a theatre with some dumb ass kids sitting next to me texting their even dumber buddies or asking their mommy “who’s that guy?”

We grown-ups like to go to the theatre where we can be free of awful children and enjoy some mindless violence for a few hours.

Does PG-13 guarantee more money? Nope, look at the RoboCop remake; it has already been forgotten by the majority of people and it only made $58,486,409 domestically. By watering it down for a family audience you alienated the core fans who grew up with the character. Most of us had no interest in the movie anyway and it ended up being pretty average too.

Let’s take a look at last weekend’s box office champ; why, what’s this? An R rated comedy called Neighbours which has already grossed $146,317,000 worldwide. An R rating isn’t a turn off for audiences if your film is well done and you market it properly.

People who want to see The Expendables movies are mostly older (late 20s, 30s, 40s+) and have no problem with bad language, violence and nudity. Hell, that’s what I go to the movies for.

The young ones have The Avengers, The Hunger Games and pretty much every other franchise to keep them entertained so can’t we adults just have this one?

I know there are plenty of decent PG-13 action movies but this isn’t the James Bond franchise; that was always PG-13 and always will be.

Franchises that start off as R but have PG-13 sequels do not have the best history; they pretty much ruined The Terminator franchise, Die Hard (although part 5 as the worst), Conan, RoboCop and more. If a series starts off as rated R and was successful then the only reason you are lowering the rating is out of pure greed and sometimes it just doesn’t pay off.

The annoying thing is that Sly said last year “Thinking about Raiding, THE RAID… think about it…

We believe we can do better than the RAID, which was an excellent film… Raising the bar…”

Guess what Sly? The Raid was hard R and its sequel was even harder. Director Gareth Evans wasn’t interested in just making a lot of money; he wanted to make a kick ass, martial arts crime epic which also happened to be two of the most violent films you’ll ever see.

NOW Stallone is saying “We want to reach as many people as possible. It’s very close to an R, believe me, it’s right there. But I think we owe it to the next generation. We thought we’d join that club for a while.”

Sorry Sly, you don’t owe the next generation shit; they don’t care about you or your films. They want to sit on their iPhones and play Angry Birds while watching The Hunger Games. Where were they when Escape Plan and Bullet to the Head came out? Oh that’s right, not at the cinema. How about you owe it to us? The ones who have supported you since Rocky, First Blood, etc came out?

Stunt coordinator J.J. Perry also said in a recent interview “if you took ‘Expendables’ one and ‘Expendables’ two and put it in a blender and poured a bottle of hot sauce on it. As far as action goes, that’s what we’re doing right now, and we’re in it right now, and I’m loving every minute of it.”

I guess just minus any violence then, right J.J.?

I know it’s a tough decision because neither Sly nor Arnold are the box office draws they once were, thus we have the younger new additions to the cast like Kellan Lutz et al to bring in a wider audience. But really, who is coming to this movie to see them? We’re there to see Arnie, Sly and co. do what they do best: kick ass and take names.

Will the movie make more money if it’s kid friendly? That remains to be seen, but for me it doesn’t matter, because it will completely defeat the purpose of what The Expendables stands for.

It reeks more of studio interference which is interesting as that’s what Scott Adkins was saying about working on the second movie. “They’re businessmen, not artists“.

In the end, does an R rating guarantee a good film? not necessarily; what really matters is that we get the best possible movie with a half decent script and a cool story. For this series though, an R rating is essential too so I just hope Sly was kidding and gives us the hardcore action movie we deserve.