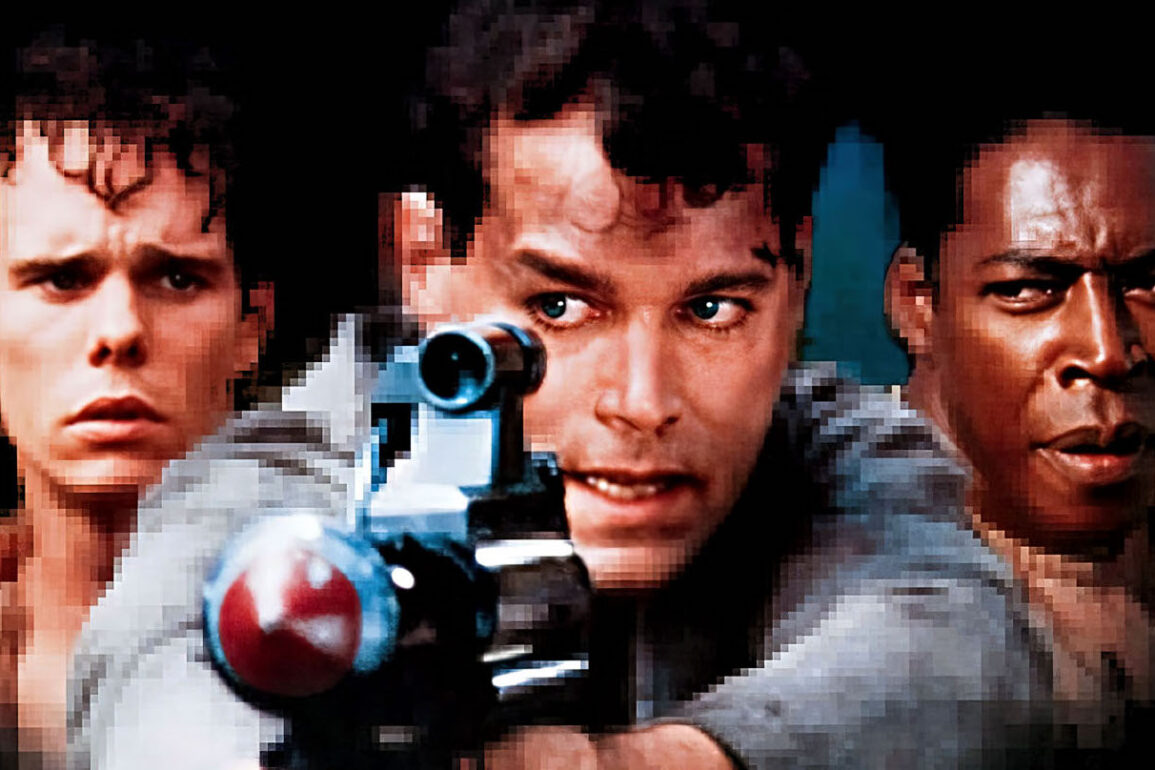 A rousing action adventure in the vein of Mad Max and Escape From New York, NO ESCAPE looks great on Blu-ray, with new bonus features to go with it.

“Congratulations. You found a home. I run a multinational business here, Mr. Robbins. Basically, I take human garbage from around the world and I reprocess it. I’m very good at this business because I make all the rules. You will have no future contact with the outside world. No visitors, no phone calls, no letters. For all intents and purposes, you’re dead. But if you break any of my rules … you’ll find that there is life after death. Very painful life.”

A renegade soldier is sent to an island penal colony where there is no escape … except maybe there is.

This is Escape From New York set on a tropical island. In 2022 (hi there!), an ex-Marine named John Robbins (an intense Ray Liotta) murders his superior in cold blood and is sent to a secret prison for the most hardened and dangerous of criminals. The Warden (Michael Lerner) greets him with the usual “You’re never going to escape!” speech, and Robbins vows to kill him the first chance he gets. In this future, prisons are big business by using the inmates for labor, but the island where Robbins is sent is basically a free-for-all kill zone inhabited by savages and warlords. As soon as Robbins lands (with a thud) on the island, he is chased by the cannibalistic savages (here called The Outsiders) and he meets Marek (a fantastic Stuart Wilson), their maniacal leader who looks like any given character from The Road Warrior or Waterworld. Marek likes him and offers him a position on his “staff,” but Robbins surprises them all by slugging him and escaping with Marek’s signature weapon, a rocket launcher. Robbins ends up in the camp of The Insiders, a generally peaceful (and smaller in number) group of reformed criminals who have built a kind of beachside paradise. Their “Father” (a gentle but commanding Lance Henrikson) takes a liking to Robbins, but being the hero, Robbins is both reluctant and stubborn to accept that these people need his help from the encroaching Outsiders. It takes awhile, but Robbins warms up to the likable Insiders (who still celebrate Christmas and sing songs), and eventually he thwarts the enemies and tricks the evil Warden into making a trip to the island, which is exactly the sort of thing Snake Plisskin would have done.

No Escape has the real stunts and the exhilarating action adventure pacing of any of the Mad Max pictures, and the atmosphere is apocalyptic and grim. The entire cast is put to good use, and the supporting players (Ernie Hudson, Kevin J. O’Connor, Kevin Dillon) are all well cast. Liotta makes a good anti-hero and he is modeled after the best of them. Stuart Wilson is a great bad guy, and it’s great to see him in his every scene. Martin Campbell was the director, and he later did several James Bond films as well as the two Antonio Banderas Zorro movies. This was a flop in theaters, but it is well worth discovering.

Unearthed Classics has just released a Blu-ray edition of No Escape with some newly produced bonus features, including a new interview with Campbell, a new interview with producer Gale Anne Hurd, and some more stuff like a Making-of feature, a feature on writing the film, an alternate intro, a vintage featurette, and more. If you missed out on Umbrella’s Blu-ray release, this is clearly the way to go. The high definition transfer is solid and if you’ve kept your old HBO DVD release, it’s time to retire it! 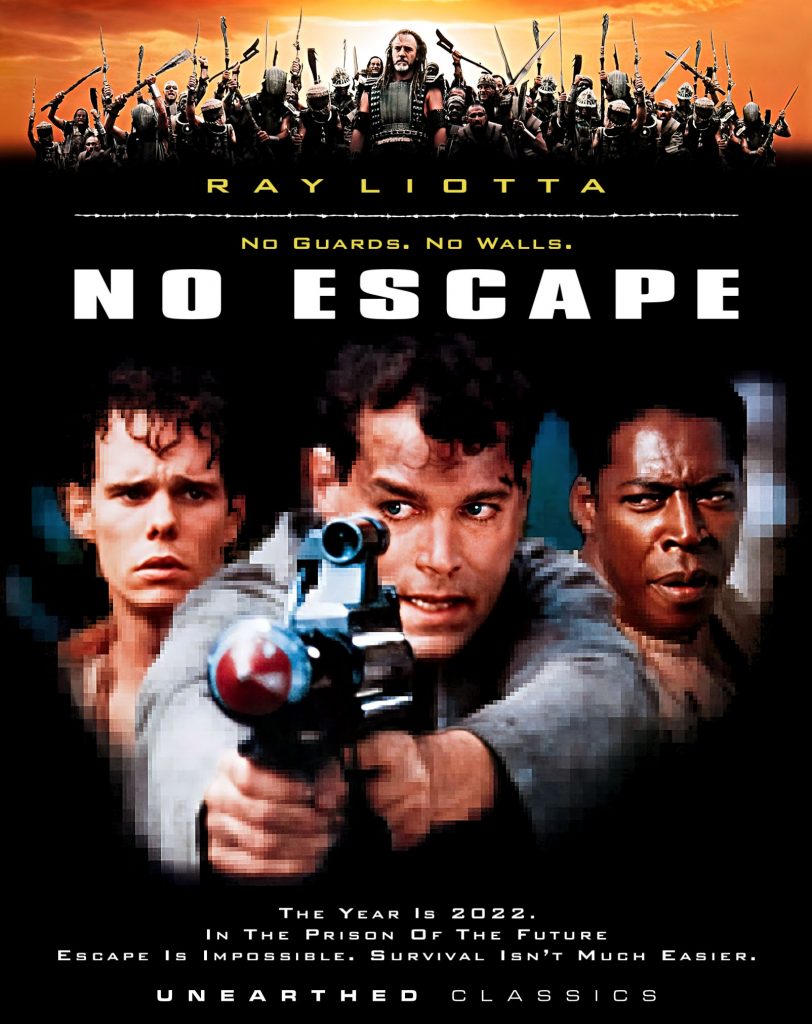