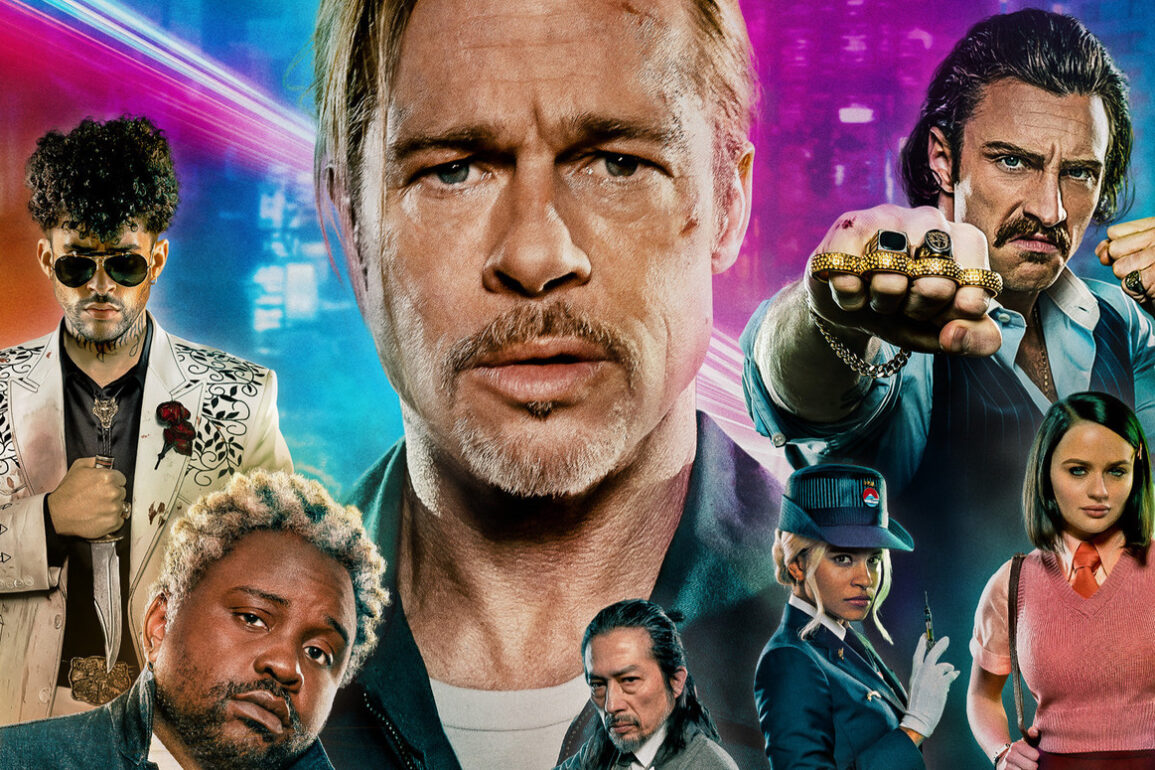 A hapless assassin boards a bullet train in Tokyo and can’t seem to disembark no thanks to a legion of other assassins either on his trail to kill him or to retrieve a package he was meant to deliver.

A bumbling, hapless assassin on the road to retirement, a disheveled guy known as Ladybug (Brad Pitt), boards a bullet train speeding through Tokyo with a deceptively simple mission: Retrieve a briefcase and deliver it to his handler, a seductive voice on the phone, played by straight-faced Sandra Bullock. Right away, Ladybug’s task is insurmountable: There are other assassins on the train who have no idea who Ladybug is or what his task is supposed to be, and that’s his greatest asset – he’s too lame to be dangerous (but his split-second timing in the physical department continually saves his life), and his haplessness is his edge. Other killers on the train include two brothers (played by Aaron Taylor Johnson and Brian Tyree Henry), the son of a Yakuza boss (played by Andrew Koji), a Mexican cartel wacko (Bad Bunny), and a wild card teenager (played by Joey King), not to mention some disposable killers in the periphery. When Ladybug realizes that he’s in way over his head with his mission, fate seems to tip the scales in his favor as the speeding train takes on more and more assassins, most notably a Yakuza boss (Hiroyuki Sanada) with a lifelong wish for revenge, and White Death (Michael Shannon), whose reputation as a legendary killer precedes him.

From stunt maestro filmmaker David Leitch (John Wick, Atomic Blonde), the goofy-minded Bullet Train skirts the razor’s edge of spoofery while delivering hard “R” rated action and violence. It tries to be as amusing as possible amidst all the carnage, which is a trend these days with lighthearted action flicks like Nobody, Deadpool, and the terrible Hobbs and Shaw (which Leitch also directed). It doesn’t really work the way it wants to, but it manages to achieve a certain level of mass appeal with its casting and its meta shrugging towards its audience. I’ve always thought of Brad Pitt as this generation’s Robert Redford, and yet Pitt’s trajectory has skewed awkwardly towards projects that aren’t right for him. At nearly 60 years of age, Pitt is somehow starring in middling projects like Bullet Train, but at the same time, Redford at almost 60 was starring in Sneakers and Indecent Proposal, two films that gave him some depth and material to really sink his teeth into. Bullet Train is a goof in every sense of the word, but some may find it agreeable enough, despite wasting its star in a breezy lark of a role.

The Blu-ray for Bullet Train shines in a high definition presentation and includes over an hour of bonus features including Easter eggs, a stunt feature, a making-of feature, a commentary by the director, select stunt “previs” scenes, bloopers, and more. 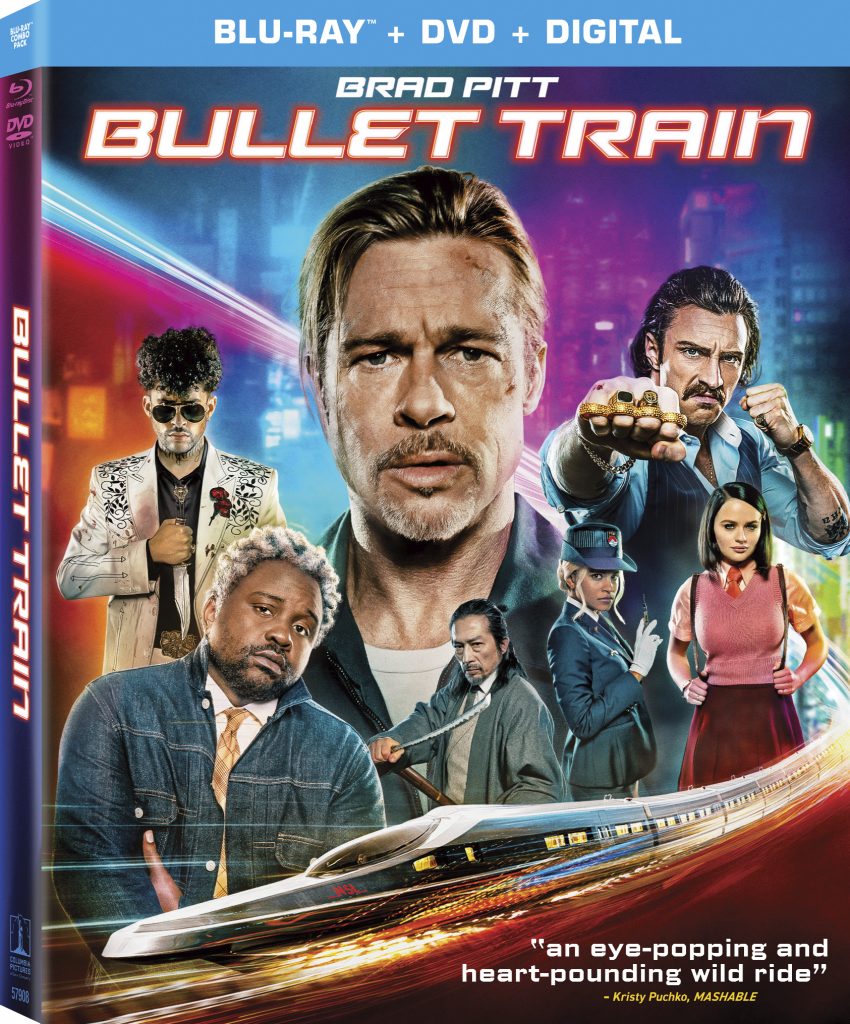