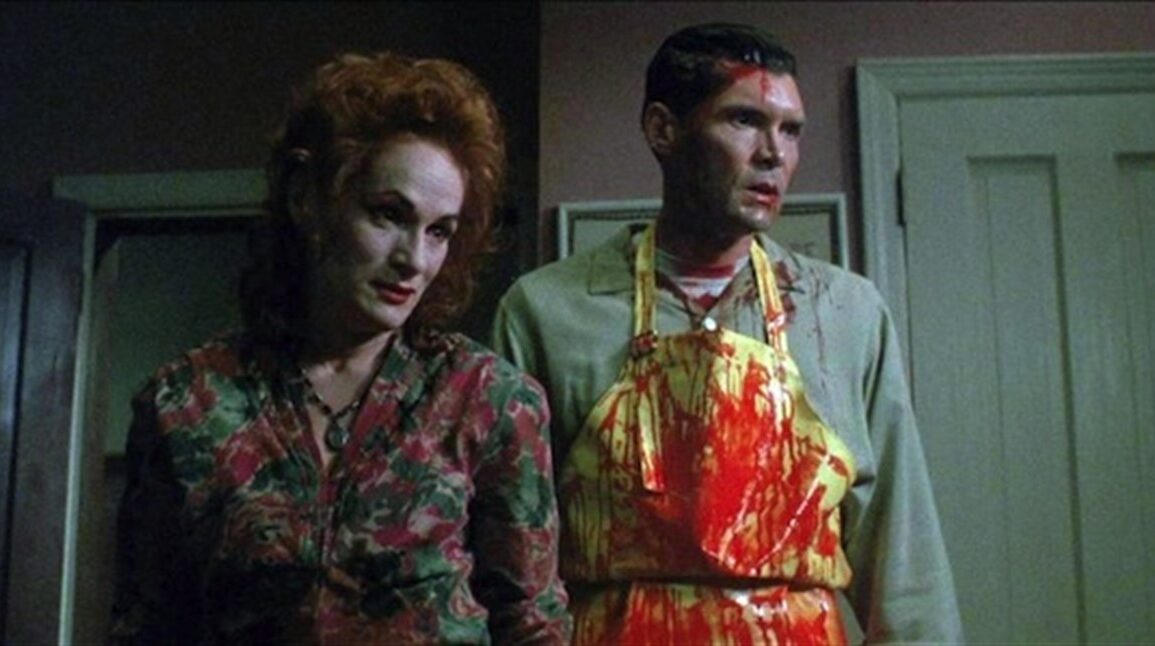 The People Under the Stairs (1991) Review

The People Under the Stairs is one of the very best horror films of the 90s that is well-acted, superbly directed, moves at a fairly steady pace, and has a good story that is engaging throughout.

Plot: When young Fool (Brandon Adams) breaks into the home of his family’s greedy and uncaring landlords, he discovers a disturbing scenario where incestuous adult siblings have mutilated a number of boys and kept them imprisoned under stairs in their large, creepy house. As Fool attempts to flee before the psychopaths can catch him, he meets their daughter, Alice (A.J. Langer), who has been spared any extreme discipline by her deranged parents. Can Fool and Alice escape before it’s too late?

Review: This is easily one of Wes Craven’s best films, not only does it showcase his trademark style of crafting a suspenseful film but also showcases how he can subtly tackle social commentary without making it feel forced.

Brandon Quintin Adams plays a character that could’ve easily come off as a blatant stereotype if handled in the wrong hands, but that doesn’t happen here as he plays him as a likable and smart character. The rest of the cast is quite solid in their roles but the real standouts here are Everett McGill and Wendy Robie who both play great villains in a cartoonish but fun and menacing way.

The story is filled with interesting ideas that are executed well showcasing Craven’s creativity as a writer as well. It also features some fun humor that’s displayed throughout the film but doesn’t come across as cheap or unnecessary.

Craven showcases here how he was one of the masters of tension and atmosphere not only with his use of lighting to set the mood but also with the way he moves the camera showcasing the layout of the house.

Overall, The People Under the Stairs is one of the very best horror films of the 90s that is well-acted, superbly directed, moves at a fairly steady pace, and has a good story that is engaging throughout.