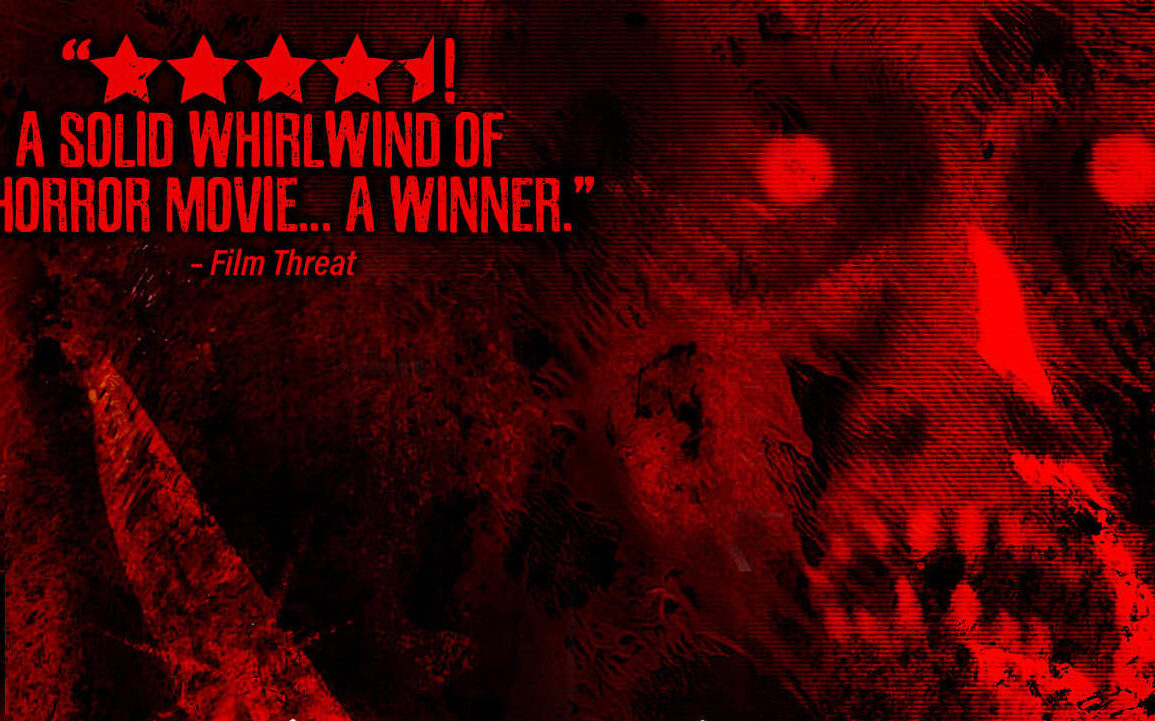 From Rolfe Kanefsky, one of the most underrated low budget horror filmmakers of all time, Nightmare Man is perhaps his best work in a body of work that I’ve always admired and heralded as underappreciated on the whole.

Plot:
A psychotic woman is on the verge of a breakdown when a masked man stalks her and tries to kill her … but is it all in her head?

Review:
Ellen (Blythe Metz) and her husband William (Luciano Szafir) are having intimacy issues in bed, and making matters worse, Ellen is having recurring intense nightmares of a masked man attacking her. She orders an African fertility mask from a company in Africa, hoping that it will reinvigorate their sex life, but it only makes matters worse. Soon, she’s having manic episodes, and she becomes reliant on pills to stabilize her, and so she and William take a road trip to visit a mental healthy facility, but she doesn’t realize that her husband plans on keeping her there as a mental patient. While on the road, they run of gas, and William leaves her in the car to trek some miles to the nearest gas station, even in the dead of night. Big mistake. Ellen’s “nightmare man” manifests and begins attacking her with a knife, and she escapes to a nearby cabin in the woods where two young couples are hanging out and playing all the fun games like Truth or Dare. One couple – Trinity (Johanna Putnam) and Jack (James Ferris) – are soon to be married, while Ed (Jack Sway) and Mia (Tiffany Shepis) are more in a relationship just for sex and laughs. When Ellen barges into their lives, everything goes sideways when Ellen’s “nightmare man” starts picking them off one by one. With Ellen’s husband out in the woods somewhere and a supposedly supernatural killer on the loose, plus a psychotic (and possibly demon possessed?!) woman in their midst, the Truth or Dare gamers will suddenly finds themselves in the thick of a game of survival.

From Rolfe Kanefsky, one of the most underrated low budget horror filmmakers of all time, Nightmare Man is perhaps his best work in a body of work that I’ve always admired and heralded as underappreciated on the whole. Nightmare Man was the first one I saw – first in its four-walled exhibition at the Laemmle Sunset 5 in 2006, and then in a theater again in 2007 when it was picked to be one of the “8 Horror Films to Die For” series – and it still remains my personal favorite. With constantly inventive plot developments, very solid scripting and direction, plus good performances all across the board – not to mention very sexy babes, good gore and plentiful nudity – the movie deserves to be on the same shelf as your favorite classic slasher films from the ’70s, ’80s, and ’90s. While the movie might not have the best or sharpest camera work or lighting (its biggest deficit), the film has aged well and deserves to be discovered or rediscovered by horror fans.

Ronin Flix has just released Nightmare Man on Blu-ray for the first time, and it’s a good upgrade from the previous Lionsgate release from their 8 Horror Films to Die For series. This release is fully loaded with new interviews, a making-of feature, extended scenes, a new audio track featuring the score, an audio commentary, stills, and more. A very solid release, and welcome too. 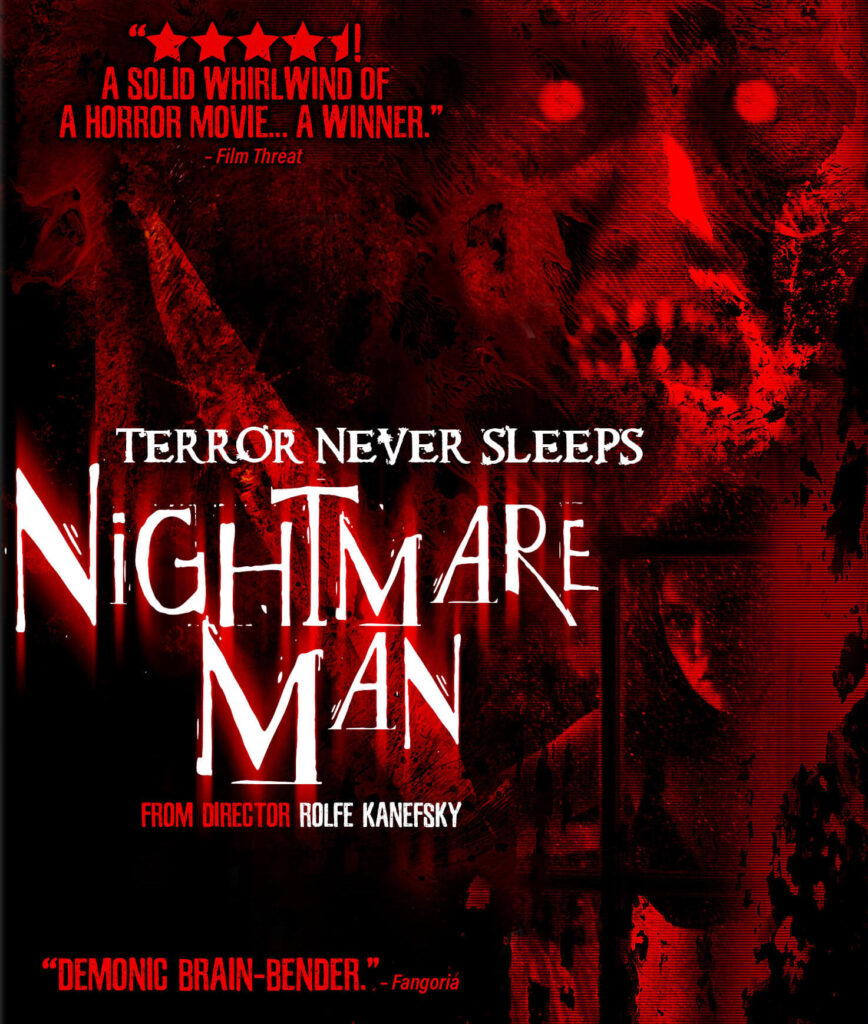